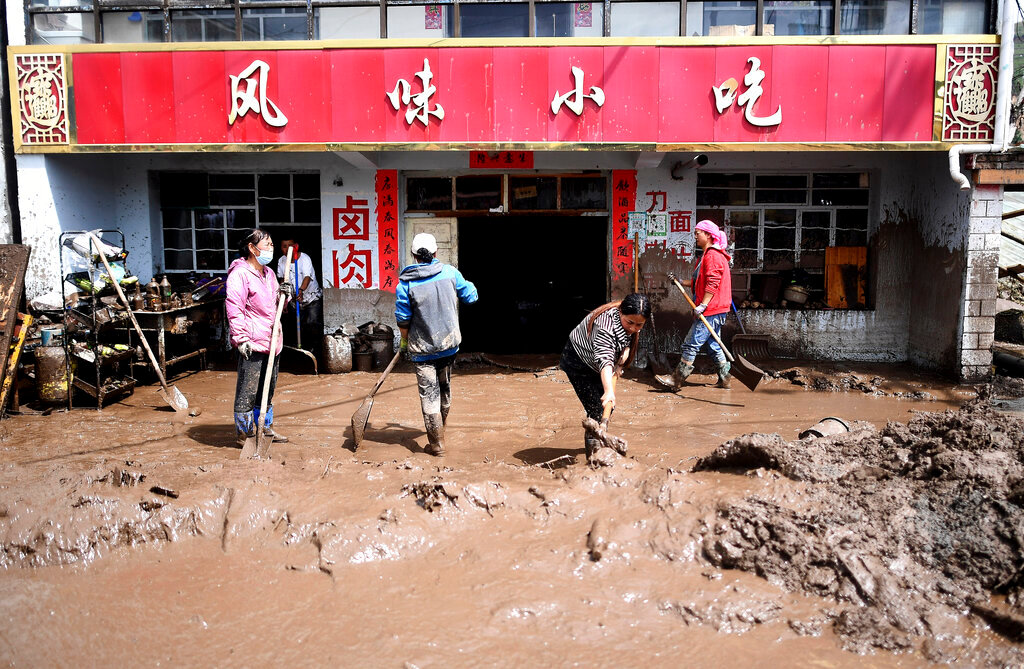 Residents clear sludge from their property in the aftermath of floods in Qingshan Township of Datong Hui and Tu Autonomous County in northwest China's Qinghai Province on Thursday, Aug. 18, 2022.(Zhang Hongxiang/Xinhua via AP) 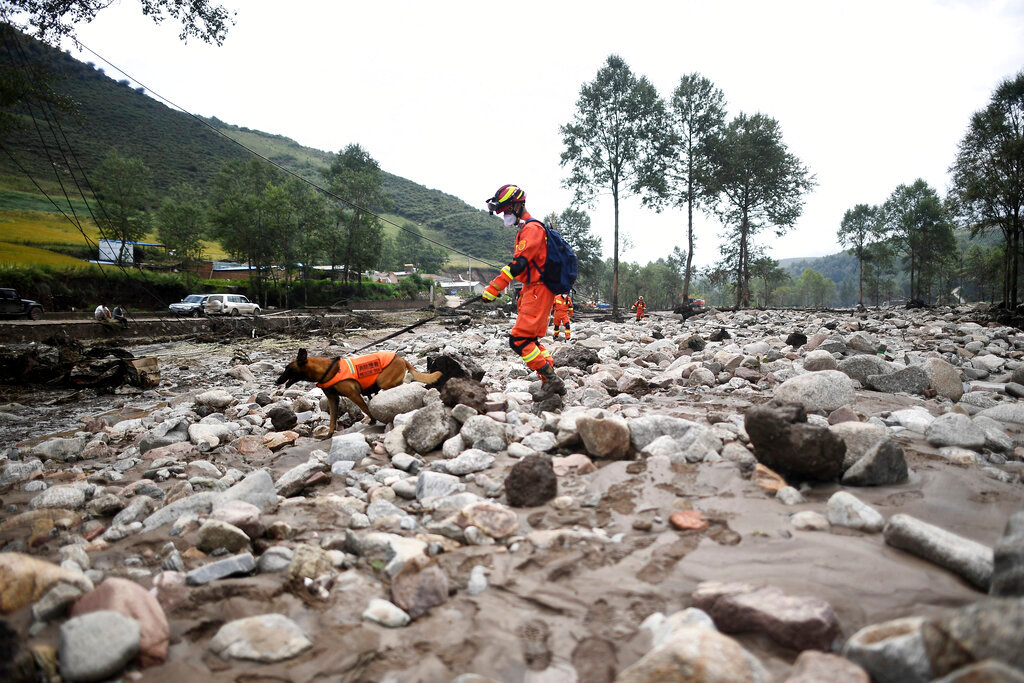 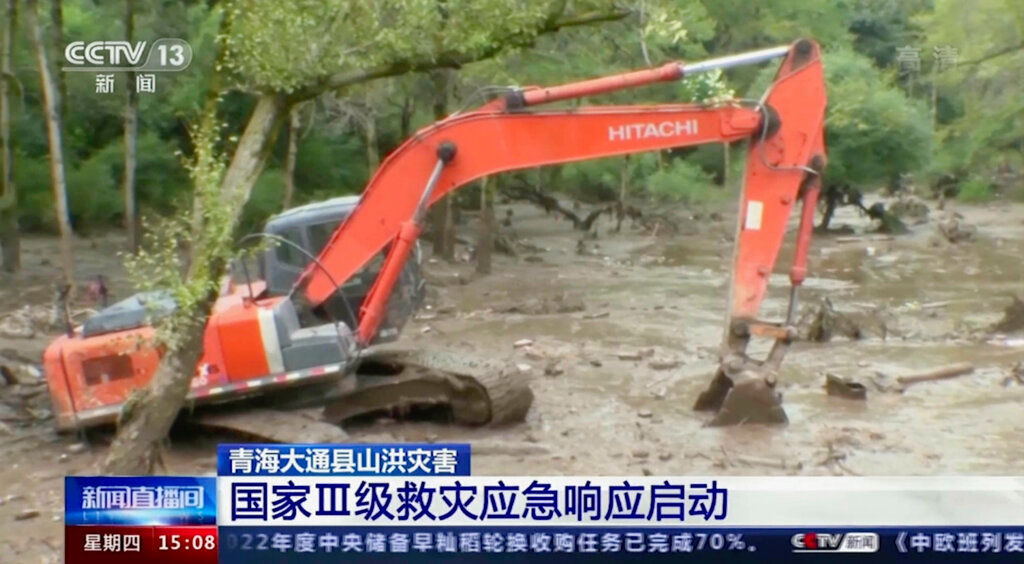 An excavator tries to clear mud from an area in the aftermath of flooding in Datong county in western China's Qinghai province on Thursday, Aug. 18, 2022. (CCTV via AP)
Previous Next
Posted Thursday, August 18, 2022 10:18 am

China is facing both heavy rains and flooding in some parts of the country this summer and extreme heat and drought in other regions. State media have described the prolonged heat and drought as the worst since record keeping started 60 years ago.

Emergency authorities described the flash flooding in Qinghai's Datong county as a “mountain torrent." Such torrents generally result from heavy squalls in mountainous areas. Water running down the mountain can turn gullies or streams into raging rivers, catching people by surprise.

Video posted by the Beijing News website showed muddy water rushing down a wide street at night and debris-strewn areas with uprooted trees, partially washed-away roads and overturned cars after the waters had receded.