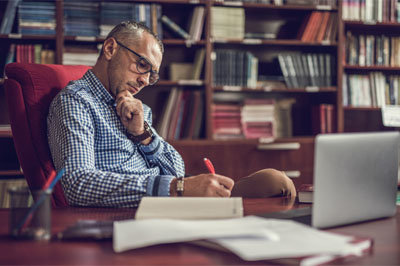 Last week I had a delightful conversation with Troup Baptist Association’s Aaron McCullough about his dear friend Olin McClain’s sermon “The Prodigal’s Pet Pig.” We both agreed it was a clever title, and it made me think about other interesting, unique sermon titles I have heard through the years.

While clever sermon titles are sometimes appropriate, I do not necessarily recommend them, because they do not always compliment the lofty passage of scripture that is expounded in the message. Clever may be cute, funny, and eye-catching, but the focus must forever upon the accurate and faithful proclamation of God’s Word.

However, I have occasionally preached messages with not necessarily original, but clever sermon titles including, “How to Keep the Honey in the Honeymoon” (Ephesians 5:22-33), “The Night the Jailhouse Rocked” (Acts 16: 25-34), and “Seven Ducks in a Muddy Stream” (I Kings 5: 1-15).

I recently read that one preacher decided to address the problem of the lack of faithfulness in his church and entitled his sermon “Submarine Christians – Those Who Surface Christmas and Easter." I doubt if he preached that one on Easter or the Sunday before Christmas.

Another pastor preached a message on the Gadarene demoniac, which he entitled “A Nude Dude in a Rude Mood.”

Of course, you know that according to Mark 5 Jesus cast the demons out of the man and the Bible says, the demons “entered into the swine; and the herd ran violently down a steep place into the sea, (they were about two thousand) and were choked in the sea.” Upon reading that passage another pastor preached a sermon he called, “The Day the Price of Pork Went Up.”

One preacher selected Exodus 8:12-14 as his text and used “I’m so Sick of Frogs I Could Croak” as his title. If you want your congregation to permit God to control their lives you might want to preach a sermon called “Is God Your Steering Wheel or Your Spare Tire?” as one preacher did.

Many people have trouble taming their tongue and preachers have often addressed that subject. One pastor used James 3:2-10 as the foundational text for his message “The Little Red Devil Behind the Pearly White Gates.” I suppose the “little red devil” is the tongue and the “pearl white gates” is a reference to the teeth.

A pastor was preaching a sermon to inspire his people to support the newly-adopted church budget and entitled his message “Sermon on the Amount.” Another sermon was named “What Hole Did He Crawl Out Of?” The message was based on Genesis 3 when Lucifer appeared as a slithering, sly, scheming serpent.

You have heard of the Good Samaritan. One pastor took John 4 as his passage and talked about the adulterous woman at the well in Sychar of Samaria and entitled his message “The Bad Samaritan.” Another sermon on adultery was called “You Can’t Have Your Kate and Edith, Too.”

God has called us “the sheep of His pasture.” If you are trying to inspire your congregation to become heralds of the Gospel and unashamedly speak up for righteousness and truth, you might preach a sermon on “The Silence of the Lambs.”

In Judges 3:12-30 we have the story of Ehud, the left-handed Benjamite who plotted to assassinate Eglon, the exceedingly obese king of Moab. One preacher took that narrative as his text and entitled his sermon “When Lefty Stuck it to Fatty.”

Proverbs 27:15 declares, “A continual dripping on a very rainy day and a contentious woman are alike.” One preacher took that verse for his text and entitled his sermon “Chinese Water Torture.”

Another preacher developed a sermon on Noah’s Ark and entitled it “Dangerous Things Inside the Ark" (i.e. woodpeckers). I would have thought of alligators, lions, elephants, and rattlesnakes, but probably would never have thought about woodpeckers.

But here is my all time favorite sermon title. I was in a conversation with Reverend Pozie Redmond, pastor of New Calvary Baptist Church in Atlanta, a couple of years ago and he was telling me that a pastor friend was preaching on the passage in Luke 5:18-25 where the paralyzed man carried by four men could not get into the house where Jesus was ministering, because the place was filled to capacity. The four men cut a hole in the roof to let the man down on his stretcher to where Jesus was and the man was gloriously healed. The pastor entitled his sermon “Four of a Kind Beats a Full House.”

If you have preached a sermon with a more unique, clever title than that, please let me know. If I get 19 responses I will write another commentary on fascinating sermon titles.

If you want to know why I am focusing on the number 19 I will tell you that I could not bring myself to mention that one preacher who delivered a message on Jonah 2:10 about the whale vomiting out Jonah on the dry land.

His title? “The Dry Heaves.”