2020 GBC Annual Meeting Doctrinal Sermon: Caner asks 'What other book would you rather hold?' 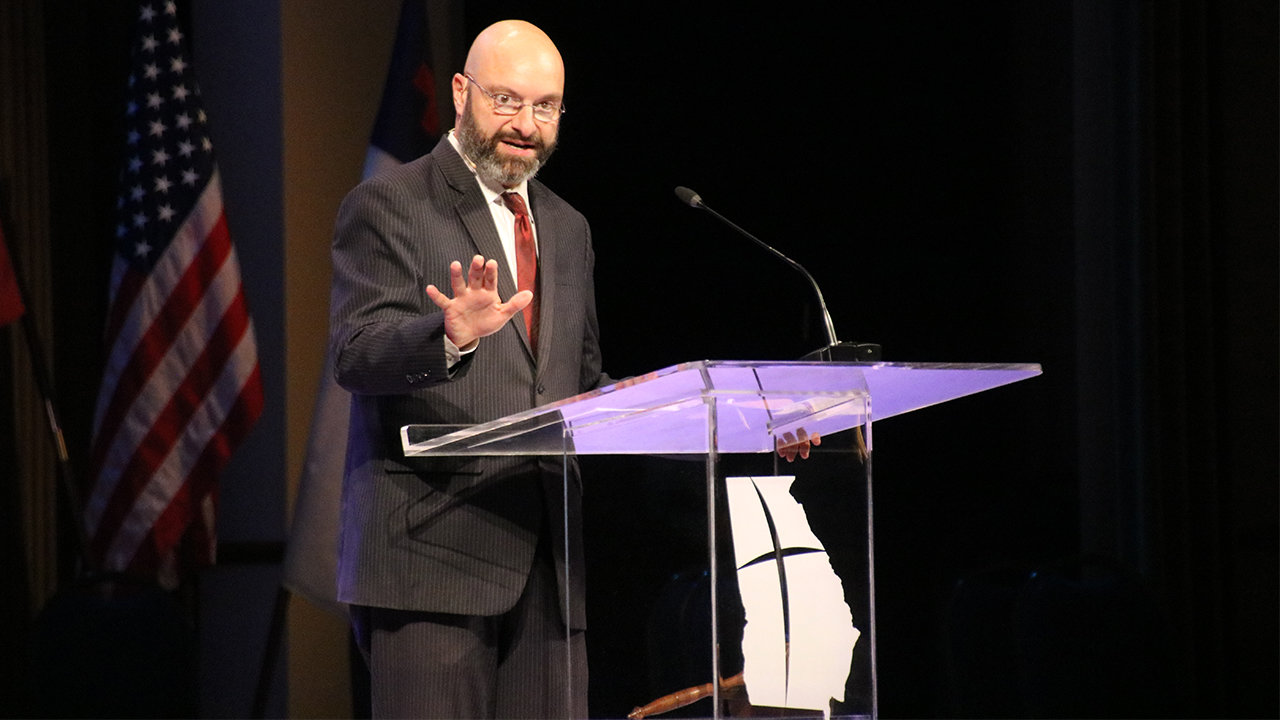 MACON — “What other book would you rather hold in your hand than this?” Emir Caner, president of Truett McConnell University, asked messengers and guests repeatedly during his Doctrinal Sermon for the 2020 Georgia Baptist Convention Annual Meeting at Ingleside Baptist Church in Macon on Nov. 9.

After summarizing the book of John, chapter by chapter, Caner spoke from John 17 on Jesus’ High Priestly Prayer.

“Our hope is singular and simple. Keep His Word; defend His Word; follow His Word,” Caner admonished messengers.

“We live in a crucial hour of our Convention, in which if we are to be unified, it will come down to that one critical question: What other book can compare to this? What other book deserves our attention?” he asked.

As believers, there is room for disagreement on some theological nuances, but there must be a unity of mission centered on God’s Word.

“As someone who held another book in his hand, I can tell you that the Scripture and the Scripture alone holds in it the keys to eternal life, the worship of the one true God, and abundant life here on earth,” Caner, who left the Islamic faith, said.

He shared the testimony of his strained relationship with his father and how, when they reconciled after 10 years of his being disowned, Caner's devout Muslim father handed him a Quran to hold, hoping it would convince him to return to the faith of his family.

But, the Quran had no sway, he recounted.

“There was no other book that I could hold in my hand that would give me eternal life, and life more abundantly,” he testified.

Holding up a Bible, he continued, “This, ladies and gentlemen, is our plumbline, our foundation. This is our source. Don’t add to it. Don’t subtract from it. What other book would you rather hold in your hand than this?”