CLEVELAND — A $3.7-million gift from the estate of the late Mildred Ruth Brown will propel the next growth spurt for Truett McConnell University as the school launches its spring semester.

President Emir Caner made the surprise announcement this morning, Jan. 23, during the President’s Chapel service. The time of worship and inspiration is a semester tradition where Caner gives his charge to the students as they seek their academic and spiritual pursuits.

Caner posthumously thanked the donor for her planning for the spiritual support of the next generation, and for her seeking the guidance of the Georgia Baptist Foundation. 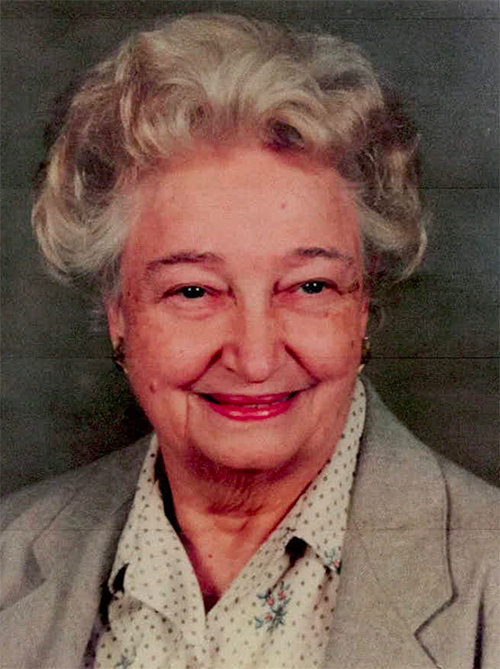 Unveiling the massive oversized check during the service with Caner was Jonathan Gray, who oversees the work of the Foundation.

The 96-year-old Atlantan, who remained a very private individual with no relationship to the University, died in June 2016. She was a member of Oakhurst Baptist Church and was a well-known architect in metropolitan Atlanta.

Born February 16, 1920, Brown was the only child of the late John Robert and Odella “Della” Everilda Brown. Never married and with no children of her own, Brown sought to donate her wealth to a conservative Christian university.

A resident of Atlanta’s Brookhaven community, she was encouraged to leave her gift to TMU by her attorney and TMU alumnus Larry Bryant, who has a longtime passion for the school.

Before her death, Brown entrusted assets to the Georgia Baptist Foundation to be given to the college upon her passing.  She was a graduate of Wesleyan College in Macon.

A heart for students, Christian education

“Mrs. Brown was a remarkable woman,” Gray said. “She had a heart for students and a heart for Christian education.” 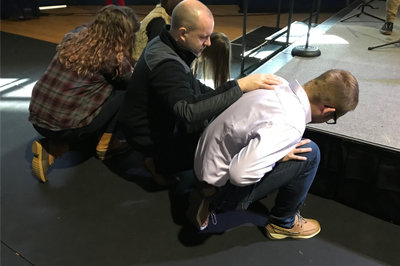 Students and faculty knelt at the front of the chapel to pray following the chapel address. JOE WESTBURY/Index

“Mr. Bryant encouraged to make a gift to the college back in 1994. We discovered that when she passed away, she left her entire estate to Truett McConnell.”

At the check unveiling, Gray then added, “The Georgia Baptist Foundation has had the privilege to serve as the executor of her estate, and it’s with great joy and privilege to share with you, the estate is worth $3.7 million.”

Caner noted that the largest gift ever given to the University was about four years ago by a man’s estate valued at $600,000.

“All of a sudden, a sweet woman with a heart for Jesus, faithful church member all her life, never married, comes and says this is who God has put on my heart,” he added.

Brown’s gift will be distributed to aid several initiatives of the university, several of which will be named in honor of her mother, the late Mrs. Odell Brown.

“She literally invested all her life for this moment to spend it on something even though she never met you,” Caner said at the conclusion of the service. “We are incredibly grateful for what God has done for us today.”

In his chapel address Caner challenged the student body to see itself as part of a royal family, a priesthood of believers.

Basing his message on I Peter 2:9, he stated that believers are to recognize themselves as being kings and priests in relation to how much they share Christ with others. He titled his comments “Passionate Patriots,” highlighting the biblical teaching that believers have a primary citizenship in heaven and not in this world.

A packed house at the President's Chapel service at Truett McConnell Jan. 23 proceeded the unveiling of the $3.7-million gift to the University. JOE WESTBURY/Index

“If you don’t share Jesus Christ, why would you be reminded of your place in a royal family? If you want to feel kingly, go out and share Christ with someone,” he stated.

He then directed the students to the difference between a secular and a Christian education.

“He then concluded by adding, “It is not important that I am called or you are called but that we are all called together” as a family known as Truett McConnell University.

During the service the University also named four streets on campus after living individuals who have distinguished themselves in service to the institution:

This story was written with assistance from Jenny Gregory, digital content specialist for Marketing and Communications at the University.