A crisis of trust, an answer to give 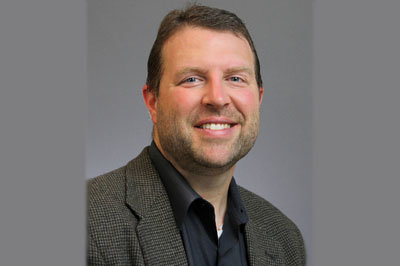 I have a personal theory that the place where we allow our eyes to go most, that’s what we inherently trust.

It’s not a far-fetched theory. Scripture speaks about how important it is that we take note of what we see: The eye is the lamp of the body… (Matt. 6:22); the theme of Jesus restoring not just physical, but spiritual sight (Luke 4:18); and how what we once saw as the truth, the gospel reveals to be wrong (“…something like scales fell…” – Acts 9:18).

Lately people have been questioning where they place their trust. Over the last ten years or so, more eyes have rested on social media for information. However, the level to which we trust that source is changing.

A recent study showed that among several other groups including the DMV and IRS (the IRS!) social media companies rank lowest in terms of trust. The Cambridge Analytica scandal with Facebook is the main culprit, along with Russian efforts to influence the 2016 election coupled with apparent steps to do the same in the midterms. Look over Facebook and Twitter long enough and you can spot clickbait headlines.

Here’s the most surprising finding from the study. Despite what we know, we haven’t really changed our habits.

Interestingly, the majority of respondents (55 percent) still use Facebook the same way they did before the data scandal. 23 percent post less, 20 percent changed their privacy settings and just 8 percent deleted their account in response to what happened.

To be fair, the phrase “the same way they did before” isn’t explained. It’s possible people are still using social media at the same rate as before, just with more discretion. It’s important to remember that social media is the vehicle by which the information is transported. You and I, the consumers, decide if the messenger is trustworthy.

Tomorrow, Facebook COO Sheryl Sandberg, Twitter CEO Jack Dorsey, and a representative from Google (not the CEO) will testify before the Senate Intelligence Committee regarding foreign disinformation campaigns. You can even watch here. Dorsey, who you may remember had to apologize for eating at Chick fil A, will face another round of questioning before the House Energy and Commerce Committee Wednesday afternoon on his platform’s transparency and accountability.

Churches haven’t escaped this. Going back to 1973, Gallup has presented its annual Confidence in Institutions report. For the first time, this year’s findings showed those trusting a “great deal” or “quite a lot” in church or organized religion dipping below 40 percent.

This points to something becoming more apparent by the day: credibility has become currency. If I find someone trustworthy, even if I don’t agree with them, I’ll listen to what they have to say. Sadly, I’ve had discussions with others I may agree with, but know in the past they’ve embellished, distorted facts, or too readily accepted the very-convenient-for-them version of a story.

Instinctively, the more I trust you, the more you have my attention.

I struggle with my own biases like everyone else. It’s a punishment for me to listen to an Auburn football broadcast, because those guys are such homers it’s annoying. They need to take a page from Eli Gold or Mike Parris; those are professional play-by-play guys.

But that’s football, and (gasp!) it’s not the most important thing for which we need to build trust. Search online for steps in getting others to trust you and there’s a long list of sources. They overlap with common traits such as honesty, integrity, and openness. Be who you are. Let others see and hear your story.

All of this sets up an opportunity to tell others of the truth that is unshakeable. Enemies have tried to eliminate it. Despots have tried to destroy it. Each time the truth we know as the gospel continues to spread, even to the point that an atheist country could have more Christians than America by the time your first-grader is getting ready to graduate.

Building trust takes effort and time. But it begins with people knowing who you are and where you’re coming from, how you see the world. It takes, as Proverbs 16:3 says, committing your work to the Lord and establishing your plans through Him.

The Church – those in the pews or moveable chairs, what have you ­– shoulder this responsibility, not just the pastor and church staff. Deacons, Bible study leaders, greeters, parking lot folks and everyone else, you’re called to live out and represent that gospel – that truth – every day. We represent it at work, at the ball field, even in traffic.

At some point eyes fall on us. People are watching, and they’re deciding if what we’re living is something they can trust.