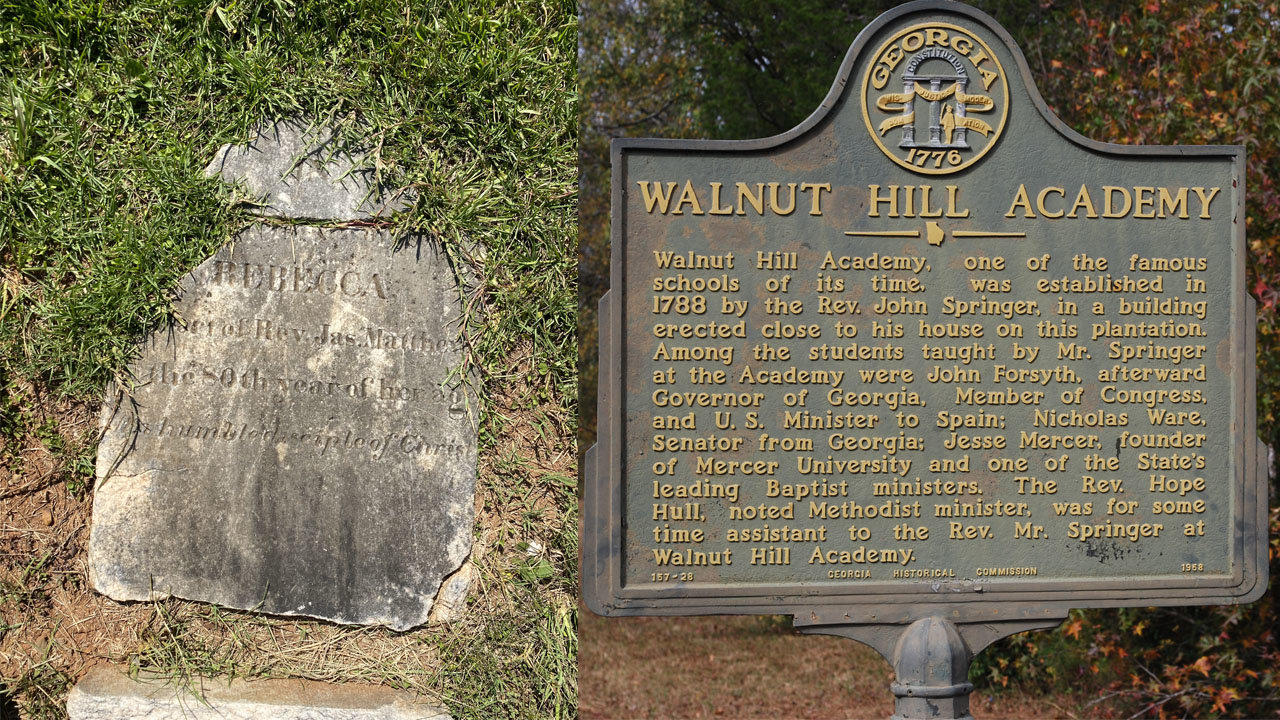 “He is really a very poor man. It is the Baptists’ practice and custom not to support their preachers in any way, but they have to earn their living by the labor of their own hands, in spite of the fact that they are obliged to care for and visit the souls in their charge ... I noticed that he was embarrassed because of this.”
~ “Extracts from the George Soelle Diary, Mar. 1771-April 1773, tr. By Kenneth Hamilton, 1972. C112:10.” Moravian Archives, Winston-Salem, N.C.

This description of an early North Carolina Baptist pastor applied to those in Georgia as well. Pioneer Baptist ministers and their families often suffered for the sake of the kingdom from poverty, hunger, persecution, disease, and the burdens of ministry.

One early Georgia pastor was killed by Indians. Another died from a rattlesnake bite. Silas Mercer, father of Jesse, was killed by a mule. Baptist historian Morgan Edwards recorded that the Tuckaseeking Church in Effingham County ceased to exist in 1757 due to “death and disease.”

Infections and disease that are easily treated or eradicated today were lethal in the 18th century. Life was not easy on the Georgia frontier for pastors and parishioners alike.

Despite these obstacles, early Georgia Baptists persevered and laid a foundation that would result in Baptists becoming the state’s largest denomination within one generation.

Georgia – a land of opportunity

The majority of the first generation of Baptists in Georgia were poorly educated farmers looking for land and opportunity. Before the invention of the cotton gin in 1793 they were subsistence farmers with tobacco being the only cash crop. Some arriving in 1771 and 1772 had been persecuted and were escaping the wrath of North Carolina Governor Tryon following the battle of Alamance.

Baptist and Quakers were both identified with the “Regulator Movement,” protesting the governor’s use of taxes. Many migrated to Georgia where the Quakers settled in Wrightsboro and Baptists on farms primarily in what are now Wilkes, Lincoln, and Columbia counties.

Following the Revolution, a large migration began into Georgia, primarily from Virginia and the Carolinas. People were taking advantage of land lotteries or land grants for those who had military service in the war. At times, multiple families from the same church migrated together and quickly organized a church in their new home.

Among those who arrived were several pastors who had been persecuted and imprisoned in Virginia for “preaching without a license.” Others – like Noah Lacy, who was ordained in Georgia – were members of churches in Virginia that experienced persecution. Those experiences would shape Georgia Baptists’ views of church and state and become a driver for the organization of the Georgia Association in 1784/1785.

Rebecca Matthews (1760-1840), who arrived in Georgia after the Revolution, illustrates the struggles of an early pastor’s wife. Her tombstone in the Penfield Cemetery list her as the “consort” (second wife) of Rev. James Matthews (1755-1828), who received a land grant for his military service.

In an interview with Georgia Baptist historian S. G. Hillyer late in her life, she shared her early resentment of being a preacher’s wife. Her husband left on Friday, traveling 50 miles to conduct services on Saturday and Sunday before returning home on Monday. Hillyer records her attitude changed after she had the opportunity to hear him preach closer to home.

“The meeting proved to be one of great interest. Mr. Matthews preached with his usual fervor and the Spirit seemed to move the hearts of the people. The good lady looked on with wonder and delight. Her own religious feelings were deeply stirred. A refreshing from the presence of the Lord had descended upon the people. The meeting closed with songs of praise, accompanied with tears of holy joy, and a handshaking that evinced the flow of Christian love and fraternal fellowship. Such a scene Mrs. Matthews had never witnessed. Its effect upon her was to sweep away her discontent and all her murmurs. She returned to her humble home happy in the love of Jesus and glad that her husband was a preacher. At this point in her story, the dear old lady said to me, “From that hour I resolved to do all I could to promote my husband's work and to complain of my lot no more.” (Reminisces of Georgia Baptist, by Rev. H.G. Hillyer, Foote and Davies, Atlanta 1902)

In addition to pastoring local churches when possible, preachers engaged in itinerant evangelism. At times they would travel great distances for weeks at a time. Daniel Marshall preached and mentored pastors as far north as Virginia. North Carolina Governor Tryon, surprised to hear how far they traveled, called them “strollers,” which was a derogatory term for peddlers.

These strolling evangelists stopped at farms asking if they wanted to hear a sermon. If the response was yes, workers were called from the fields and messengers sent inviting neighbors to attend. The evangelist made it a point whenever possible to show up in towns and villages on market and court days to preach. On one occasion James Matthews was traveling in Kentucky and recorded that it had been two years since the people in one community had heard a sermon.

“Ignorant Baptists” was another designation for Baptists, especially in the pre-Revolutionary south. It was frequently used in newspapers like the Virginia Gazette. Both fulltime Anglican priests in Georgia used the term describing their contempt for Baptists in reports to London.

Many early Georgia Baptists did not seem to place a high value on education or have the means to pursue one. These attitudes may have been shaped in response to the persecution “ignorant Baptists” received at the hands of the “educated” Anglican clergy.

Silas Mercer, by contrast, seemed to be an exception when it came to education. His family had been active in the Anglican church. His father had served as a vestryman in his home parish in North Carolina and was opposed to his son’s interest in the revivalist Baptists. Because of this, Silas Mercer did not become a Baptist until he migrated to Georgia, was baptized, and later ordained to the ministry by Daniel Marshall.

The roots of Baptist education

The elder Mercer, raised in the society of educated people, was not intimidated by education. He sent his son, Jesse, to the Walnut Hill Academy, a boarding school in Wilkes County operated by a Presbyterian minister the Rev. John Springer (1744-1798). Springer was a graduate of Princeton and taught at Princeton, Hampden-Sydney College, and Cambridge College in South Carolina. By fostering and instilling a love for learning in his son, who was naturally inquisitive, Silas Mercer unknowingly laid the foundation for Baptist higher education in Georgia.

In 1785 there were eight Baptist churches in Georgia, seven identified with the newly organized Georgia Association (Separatist) and one with the Charleston Association (Regular). They had a combined membership of less than 500.

Early Georgia Baptists were pioneers in difficult days. They overcame persecution, poverty, ignorance, disease, and Indian attacks to plant their lives and establish new churches. They laid a foundation for evangelism, education, church planting, and cooperation we are still building on today.

Editor’s note: The Index will be sharing historical items for its readers leading up to the 200th birthday of the Georgia Baptist Convention in 2022.