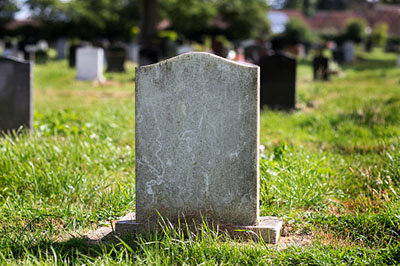 Someday, I suppose, we will look back on the days we are living in and reminisce about how it was back before _______ (you fill in the blank). Can you imagine the changes in technology that are still "out there" somewhere?

When I tell my grandchildren about phones that had to be plugged in the wall with rotary dials but no cameras, about TVs that required walking across the room instead of using a remote or speaking a command to adjust the volume or switch to one of the other two channels available, maps on paper instead of GPS, timepieces that had hands and had to be wound — when I tell them about the "old days," they don't know whether I'm teasing or being truthful.

While looking at pictures on my phone — we used to have to thumb through photo albums — I came across pictures of tombstones in the cemetery at Quaker Gap Baptist Church in Stokes County, North Carolina. It was nearly two years ago that Sammie and I were showing a couple of our grandkids where some of their ancestors are buried — Nahnee's people, Newsome, Hall, Bennett, King, and others.

One of the pictures on my phone was the reverse side of a grave marker. The name on the front seemingly was not related to my wife but the words stated on the back caught my attention. The epitaph was somewhat familiar. In fact, the inscription has been chiseled into marble, limestone and various other types of rock for centuries.

The poignant proclamation addresses us all:

Remember me as you pass by,

As you are now so once was I.

As I am now soon you must be,

A good friend, Jerry Adamson, saw the same inscription years ago in an Indiana cemetery and commented that another verse should be added:

Until I know which way you went."

Words on tombstones not only are a warning but also a simple reminder of our humanity. Life on earth is brief — "Vita brevis," as folks were saying in Latin before there was an English language.

Preparing for eternity is clearly a wise decision. So is living life to its fullest. There aren't enough days in our lives to waste any of them.

And certainly there's plenty of counsel in Scripture to heed:

— James said, "What is life? It's like an early morning fog, burned off by the heat of the sun."

— The psalmist reminds us that life is like a breath, a passing wind or shadow, and we should number our days. They are short and we are frail.

— Job tells us that our days are few and filled with trouble.

— The writer of Hebrews stated that all of us have an appointment with death and it would behoove us to be prepared.

— Amos, the Old Testament prophet, warned the children of Israel, "Prepare to meet thy God."

My imagination is not big enough to conceive of the possibilities of discoveries and inventions ahead. Yet with the help of descriptions in Scripture, I can imagine how wonderful heaven will be.

Through God's grace and faith in Christ's sacrifice at the cross to rescue us from sin — and, in His resurrection, to impart His Holy Spirit to us — we can be prepared to follow the One who said, "I go to prepare a place for you ... and I will return for you...."

Steve Playl, a retired Baptist pastor, is a chaplain at a Bristol, Tenn., hospital, a newspaper columnist, and college instructor.