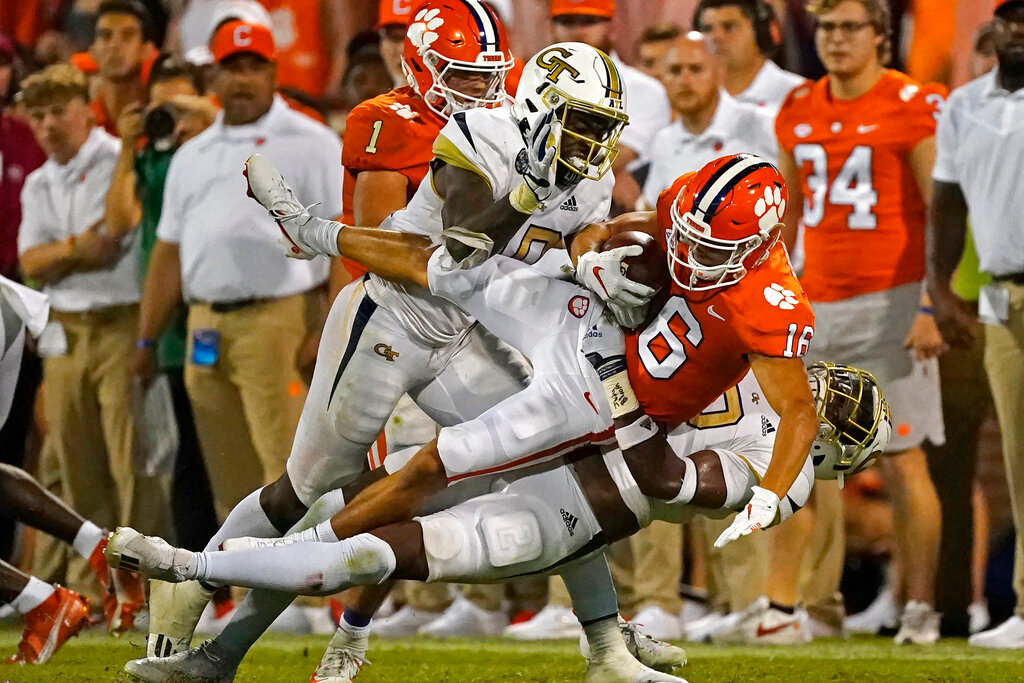 GREENSBORO, N.C. (AP) — The Atlantic Coast Conference is going forward with a plan to change its football scheduling model, with the biggest change being the elimination of divisions.

The new plan, adopted by the league’s athletic directors and faculty athletic representatives on Tuesday, will be what the league calls a 3-5-5 model and goes into effect with the 2023 season.

All 14 of the ACC’s football members will have three permanent scheduling partners and play those schools each year. They’ll face the other 10 schools once every two years; five one year, five the next. It means that every ACC team will play all conference opponents home and away at least once every four years.

Georgia Tech will face Clemson, Louisville, and Wake Forest each year, giving them one of the toughest permanent ACC schedules.

“The future ACC football scheduling model provides significant enhancements for our schools and conference, with the most important being our student-athletes having the opportunity to play every school both home and away over a four-year period,” ACC Commissioner Jim Phillips said.

The scheduling change ends the quirk that some ACC schools can go years without facing another school from the league. For example, Miami hasn’t played Wake Forest since 2013 even though both have been ACC members that entire time.

The ACC is keeping its championship game. Instead of pitting division champions, the top two teams based on conference winning percentage will make the title game.