Adam Greenway not going to IMB 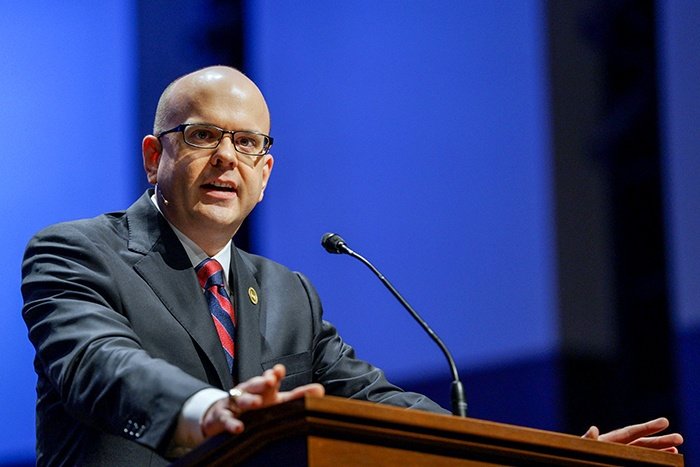 NASHVILLE (BP) — In a post on Twitter Wednesday morning, former Southwestern Baptist Theological Seminary President Adam W. Greenway announced that he would not be moving to a new position with the International Mission Board.

“Carla and I are grateful for the many expressions of care and concern that have come our way since our transition from service at @SWBTS was first announced,” he wrote.

“While we initially thought our path would take us to the @IMB_SBC, we have not been able to find the Lord’s peace to move forward in that direction. We covet your prayers for ourselves and for our children as we seek the Lord’s direction regarding His next vocational assignment for us.”

Greenway announced his resignation as Southwestern’s presidenton  Sept. 23., at the same time stating that he had accepted a position with the IMB.

The IMB issued the following statement to Baptist Press concerning Greenway’s tweet, “The IMB respects the privacy of potential or active employment conversations, and this situation follows that practice. We are praying for the Greenway family.”