Adultery, divorce, and the believer 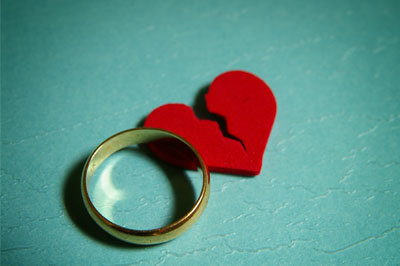 FORT WORTH, Texas (BP) — She sat in my office and tearfully told me she was leaving seminary to go fight for her marriage. This promising student, let's call her Shari, had discovered her husband was the epitome of unfaithfulness. The details are not important other than to say it involved adultery, deceit, an unplanned pregnancy and a wounding that cut to the core of her being.

And yet, she wanted to fight.

As I heard Shari's story, I applauded and encouraged her decision. At the same time, I knew that many would not blame her, some would even encourage her, if she walked away from her 15-year marriage.

We all know marriages where adultery has occurred. We have watched television couples who profess to be Christians as they dealt with adultery. And many, even those in the church, are astonished when the first response is not to walk away from the marriage.

Marriage is a sacred union with a purpose greater than the bride and groom vowing to one another. God did not institute marriage only for the pleasure and procreation of humans. It was created also to be a visible representation of the relationship Jesus has with the people of God. When a man and woman stand before God and enter into a covenant relationship, it teaches us about our relationship to God like none other.

The apostle Paul unpacks this for us in Ephesians 5:22-31. These verses, which conclude the fifth chapter of Ephesians, are part of the continuation of the command in verse 1 to "Be imitators of God":

Verses 22-24 – "Wives submit to your own husbands, as to the Lord...." The phrase "as to the Lord" in connection with the remaining verses sets marriage as a reflection of the relationship between Christ and the church. That puts a whole new meaning and purpose to submission and to marriage in general. Submission is not just a good idea or even step one in "seven steps to a happy marriage." It is much loftier than that. The biblical model of marriage places wives as a picture that parallels the relationship of the church to Christ.

Verses 25-31 – "Husbands love your wives, just as Christ also loved the church and gave Himself for her...." The love of a husband is to be a sacrificial love that imitates the sacrificial love of Christ for us. But even further, note that Paul goes on to speak about the one-flesh relationship. Marriage brings men and women into such an intimate relationship that it is as if they have become a single person. A husband does not wish to hurt his own flesh and thus does not wish to hurt his wife because she is "bone of my bone and flesh of my flesh." Just as the wife reflects the relationship of the church to Christ, so too does the husband. Christ loves the church because the church is, in fact, His body.

When a man and woman stand before God and enter into a covenant relationship, it teaches us about our relationship to God like none other.

It is easy to embrace this higher purpose for marriage when the picture is bright, happy, and colorful. But what happens when it becomes difficult and painful? Should a believer divorce her spouse solely because he has been unfaithful? Let’s look at this through the lens of the purposes for which marriage was created.

Any believer initiating divorce, even in the case of an adulterous spouse, paints a picture of God walking away from His faithless Bride. Shari could have chosen to initiate divorce from her husband, since the man with whom she entered into a covenant relationship violated that covenant. Many biblically-faithful Christians would counsel that God would allow her to do so because of what is called by some the “exception clause” based on Matthew 19. But Shari chose a different path.

It is noteworthy that Jesus says that the reason Moses provided for divorce was “because of the hardness of your hearts.” It was granted as an option, not an expectation, and was predicated on Israel’s sinful heart. The purpose and permanence of marriage was established from the time Adam and Eve were created, as Jesus made crystal clear in the text. God does not compromise His principles nor lower His standards because of the sins of His children.

Sin may distort but it does not transform the greater purpose of marriage. It is always meant to proclaim the Gospel – the whole Gospel – and adultery provides a powerful opportunity to do so.

Adultery provides a believing spouse the opportunity to show redeeming, unconditional love. Shari chose to stay and fight, waiting for her husband to return. She showed faithfulness in the midst of the unfaithful. And, through much prayer, work, counsel, and support from godly mentors, in the end their marriage was restored.

You may be reading this, having fought, but still lost. This is not a magic remedy that heals all marriages. An offended spouse who chooses this path cannot be guaranteed a restored marriage. What can be guaranteed is this: If she loved, forgave, kept arms of redemption open in the midst of the pain and violation, and did nothing that closed the door for restoration, then she will stand before the Lord without regret for the choice she made. God will heal her hurts because she is His child. And He will completely forgive where she may have fallen.

We are called to forgive in the same way God has forgiven us.

We are called to love unconditionally in the same way God loves us without condition.

We are called to remain faithful in the midst of unfaithfulness in the same way God remains faithful to us when we are faithless.

Is it easy? Absolutely not! Is it possible? With God's help, yes!

Shari's story is not uncommon, but her response was. Perhaps, though, if this became the expected solution for the body of Christ instead of looking for "the exception," marriages would be stronger, and the silent observers that we may never know will be reminded that there is a God who will never let us go, no matter what.

Terri Stovall is dean of women's programs at Southwestern Seminary in Fort Worth, TX, and coauthor of the book Women Leading Women. This article first appeared at the seminary's BiblicalWoman.com website.