After yet another mass shooting, it's time to consider some things 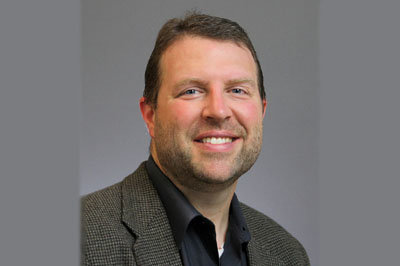 It’s exhausting, that this happened again.

Another shooting. Another search for answers. And yet again, another round of blaming and trying to figure out how to keep our children safe in their schools.

And the truth is, this isn’t just a school problem. We all know it. Whether walking through an airport, attending a concert, or sitting in church, this type of violence has become all too common. Evil people get hold of military-grade guns. Those guns hammer out bullets that tear flesh, break bones, perforate lungs and arteries.

It didn't take long for strategic positions to be taken. It's the same show, a horrific rerun where both sides scream their solution. In the end nothing changes and we're destined to face this again.

And it'll be sooner than we think. We all know it.

It's long been time to discuss this. But a solution is going to require something that hasn't happened yet. Each side – no matter where you stand on gun rights or funding for mental health or the importance of prayer – is going to have to consider what part of the equation they're missing. Each is going to have to approach the possibility that maybe, just maybe, the other guy holds at least part of the solution.

Personally, I believe a large part of that solution is the mindset of the individual. Evil is present in these actions. That's a metaphysical concept many find ludicrous, but these mass shootings don't happen by accident because someone's playing with the trigger. An individual made a decision to carry it out, pretty much every time after an extended season of planning. They wanted death at a high rate.

America has always had guns. Yes, even teenagers had them. When I attended high school in the late 80s and early 90s it was common knowledge some guys kept their hunting rifles in their trucks in the parking lot. No one feared for their lives because of it.

Since then, however, something changed. Blame violence in video games, the breakdown of the family, a shift in how we view authority, or yes, a move away from God, but a different mindset has taken hold. Life appears to have become cheapened. Expendable, even.

Part of that means people like me – those who support the Second Amendment and the right to bear arms – are also going to have to take a deeper look. I've heard all the arguments against gun control. I've given all the arguments against gun control. But, I'm no longer willing to stiff-arm the other side of the debate. Semi-automatic weapons keep appearing as a common denominator in the majority of these tragedies. I'm not saying I agree with a total ban, but let's at least approach tighter – much tighter – gun control laws regarding them.

This discussion is going to require a lot from both sides. Nothing changes if we decide we don't like someone's opinion before they even give it. Things stay the same if we throw out statistics or pass along memes without checking them.

You may have heard America averages one mass shooting a day. Mother Jones, hardly a conservative news outlet, checked it and found that wasn't true. Today and last night you probably saw there have been 18 school shootings since the beginning of the year. Again, go to the map where that number is found and you'll see most of those cases are something like an accidental discharge of a resource officer's gun or bullets from a crime shot further away striking a school window, not what you and I picture when we hear "school shooting." We all could be a little more honest in our argument.

This ongoing epidemic of mass shootings and school violence is absolutely a gospel issue. Caring for children appears continually through Scripture (Ps. 127:3; Pro. 22:6; Mark 10:15). Psalm 139 makes it crystal clear how important our lives are to God. Reverting back to our normal entrenchments goes against those commands.

Proverbs 26:11 gives a clear message on doing the same thing and expecting a different result. Making that mistake now has the biggest of ramifications.

This morning I sat with about a hundred other parents in an elementary school cafeteria. We all watched our second-graders sing and narrarate "Tiki Tiki Tembo." They twirled streams of crepe paper, beat drums, and performed a delightful puppet show. In the middle of it all, though, I couldn't have been the only one wondering if what happened in Florida, two weeks ago in Kentucky, or even Sandy Hook couldn't happen here. Sadly, I know the answer.

Despite the derision it brings these days, I still say the solution starts with prayer. It starts with a gospel that has us confront our sins and realize we need a savior. Let's approach other steps to a solution, because unfortunately not everyone is going to accept the gospel. I don't know about you, but I'm tired of mortgaging my kids' lives with my own pride and hoping it won't ever happen at their school.

Because continuing in this direction only brings one certainty. We all know it.

Georgia plans $68.5M overhaul of football stadium
ATLANTA (AP) — The University of Georgia is starting a $68.5 million project to overhaul its football stadium, making it easier for Bulldogs fans to get around and building more suites for premium donors. University System of Georgia regents voted Tuesday to approve the plan for Sanford Stadium. It will be paid for with private donations and borrowing by the private UGA Athletic Association.
© Copyright 2022 The Christian Index | Copyright/Terms of Use
Powered by Creative Circle Media Solutions