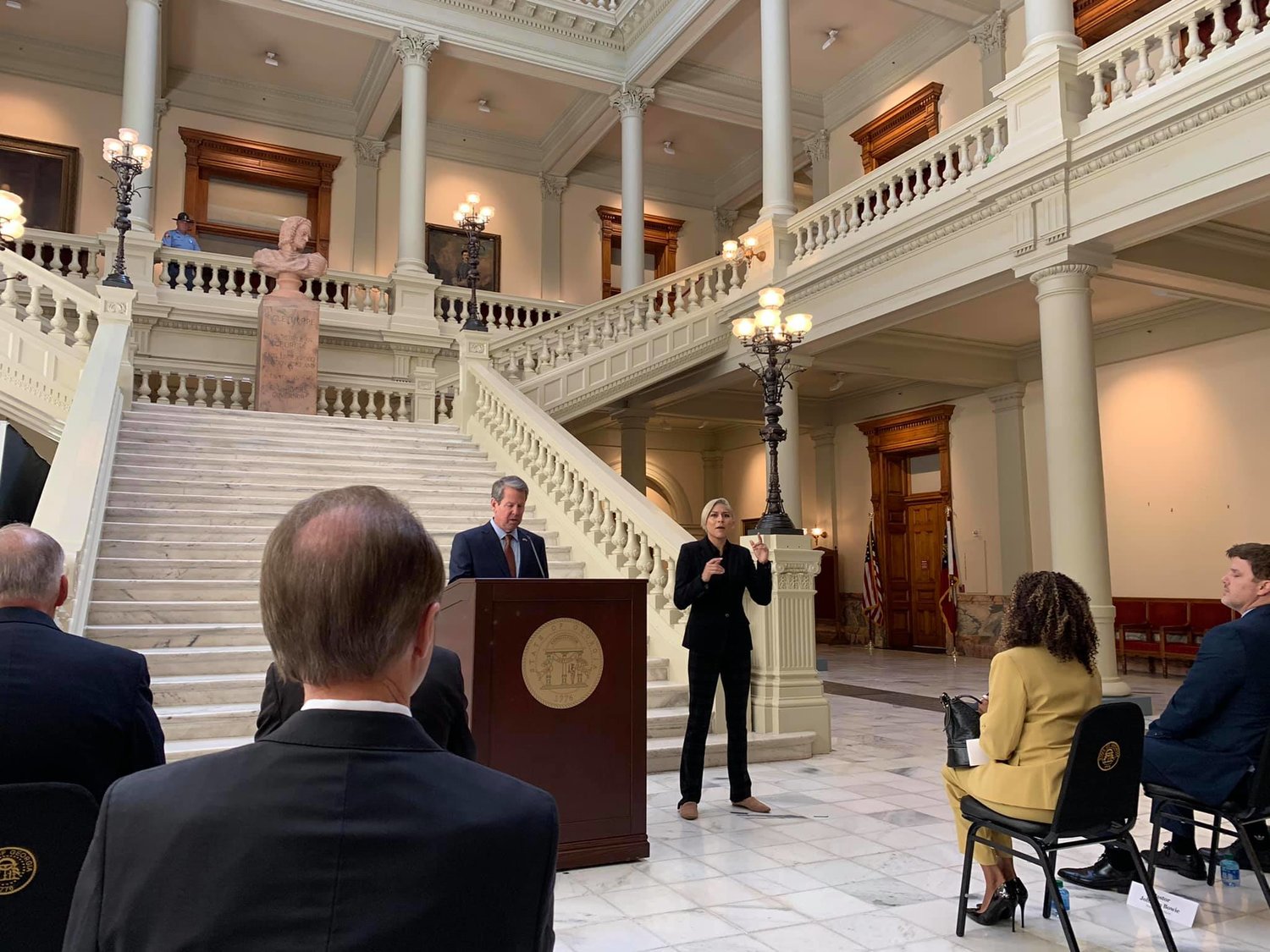 WASHINGTON (BP) – Millions of Americans petitioned God for the health and care of America as the nation marked the 70th anniversary of the National Day of Prayer on Thursday (May 6), culminating with an evening program broadcast from the Museum of the Bible in Washington.

“Today has already been an incredible day of prayer across our nation,” Kathy Branzell, president of the National Day of Prayer Task Force, said Thursday, “as our National Day of Prayer Task Force coordinators mobilized unified public prayer for America at capitols, parks and stadiums – really on land, sea and air – because we saw prayer on golf carts, boats, bicycles, cars and even in airplanes in various states. Praying pilots and their passengers covered our nation from the air.

“Millions of people have gathered at their local events, and tonight we bring the whole nation together to pray.”

Prayer, exhortation, Scripture reading and worship filled the two-hour event, which also included video of a handful of the many ancillary prayer and worship events held across the nation. A diversity of voices including children prayed, petitioning God on behalf of the church, national and local government, the military, the family, the workplace, education and the media, entertainment and arts. Confession, repentance and pleas for revival, spiritual awakening and reformation were among the cries to God, with pleas at times presented in unison.

Enslavement of Africans and the nation’s history with Native Americans were acknowledged in prayers, with pleas for racial reconciliation and national societal peace and unity. The broadcast featured scenes of peaceful protests and marches from Minneapolis, with comments and prayers from local evangelical leaders.

“My longing,” Branzell said, “is that we as God’s people would come together throughout this next year with a united, focused, one cry for revival and spiritual awakening, a cry that includes fervent prayer, repentance, unity and obedience, an urgent cry for the outpouring of the Holy Spirit in our day.”

The National Day of Prayer Task Force, United in Love Initiative and OneCry announced a partnership to work toward that end.

OneCry founder Byron Paulus announced a seven-day journey of personal revival, with “each of us taking time to let God begin our journey by experiencing His presence afresh.”

Paulus added: “But we know it doesn’t stop there. God wants all of us to seek Him for revival in our churches, as we heard Robby tonight in our communities and our nation.”

Resources to guide engagement in the seven-day journey are available at OneCry.com.

The National Day of Prayer proclamation, signed by President Joe Biden, a Catholic, celebrated religious freedom and diversity. Biden omitted the term God, but dated the proclamation “in the year of our Lord” 2021. The proclamation said in part, “We celebrate our incredible good fortune that, as Americans, we can exercise our convictions freely — no matter our faith or beliefs. Let us find in our prayers, however they are delivered, the determination to overcome adversity, rise above our differences, and come together as one Nation to meet this moment in history.”