American Brittney Griner moved to a penal colony in Russia 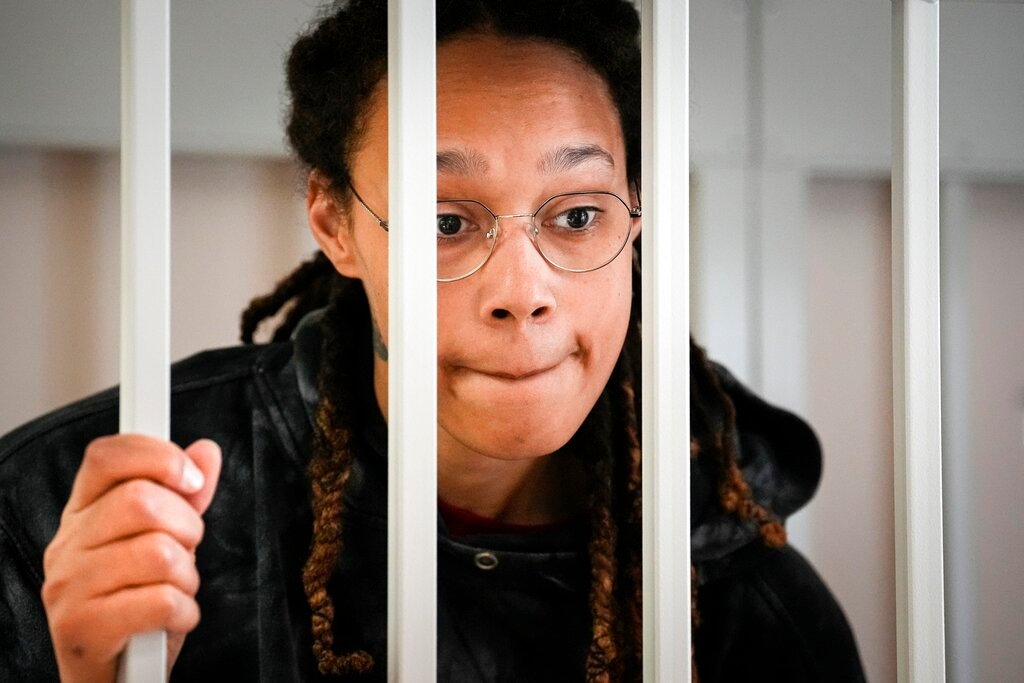 WNBA star and two-time Olympic gold medalist Brittney Griner speaks to her lawyers standing in a cage at a courtroom prior to a hearing in Khimki just outside Moscow, Russia, July 26, 2022. (AP Photo/Alexander Zemlianichenko, Pool, File)
Posted Wednesday, November 9, 2022 2:04 am

A Russian court rejected her appeal of a nine-year sentence for drug possession last month.

“Brittney was transferred from the detention center in Iksha on the 4th November. She is now on her way to a penal colony. We do not have any information on her exact current location or her final destination,” the statement from her legal team said.

Griner, an eight-time all-star center with the WNBA’s Phoenix Mercury and a two-time Olympic gold medalist, was convicted Aug. 4 after police said they found vape canisters containing cannabis oil in her luggage at Moscow’s Sheremetyevo Airport.