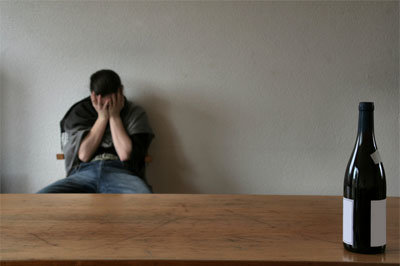 Pastors are often asked, “How do I get the victory over sin?” Many of our people, sometimes pastors themselves, struggle with sin in their lives. Often they become “unrepentant repenters.”

The key to victory in any spiritual exercise is knowing the mind of God and obeying His will. I call it “getting God’s mind.” Thinking like God thinks is the key to victory.

But how do we know what God thinks? God’s mind is revealed to us in the Bible, therefore, we must be serious and diligent students of His Word if we are to find the victory.

Let’s apply this principle to gaining victory over sin to an issue that has risen to the level of a controversy in our Baptist life recently. Is the moderate use of alcohol sinful? My answer comes from both personal experience and years of ministry with people caught in the destructive wake that alcohol leaves everywhere it sails.

Baptists have appropriately and consistently challenged the position that moderate use of alcohol is acceptable. A true believer should completely abstain from all that can intoxicate. God’s saints need to be able to articulate for themselves why abstaining from alcohol is the correct biblical position.

As a college student, I struggled with various areas of sin. It occurred to me that the only way to get the victory over my sin was to begin to think like God! Clearly, the Holy Spirit prompted me in this regard.

I had strongholds related to bad habits. Bad habits had been created through wrong attitudes about sin. Wrong attitudes were fostered by engaging in wrong actions. Wrong actions began because my thinking was not biblical, it was ungodly.

Like many of my peers, I was on a downward path.

Since strongholds are demonic they cannot be defeated in one’s own strength. We know how hard it is to break bad habits. We also know attitudes are not easily changed. Despite all this, God was revealing to me the pathway to victory! While I could not fully change my actions, attitudes, or habits, I could change the way I thought.

Suddenly it hit me – I needed to know what God really thinks about sin, and specifically what He thought about my sin. Where would I find such information? Again, the Holy Spirit prompted me, it’s in the Bible!

What God hates, we should too

As I searched the Scriptures for God’s mind regarding areas of sin, I was amazed at how much God had to say about them. The sinner need only repent and then continually renew his mind with the Word, saturating one’s thought life. Victory over sin is possible.

It seemed natural to apply this principle of victory over sin to the issue of alcohol consumption. If one desires to think and feel exactly as God does regarding alcohol, then the answers will be found in God’s Word.

The world recognizes that the abuse of alcohol is problematic. But the world only gives temporary solutions to what it considers permanent problems. If you have an alcohol problem and go to AA, for example, they say you’re an alcoholic, your problem is permanent, and you could be in the process of recovering but will never be fully “recovered.” But, Jesus can give you a permanent solution to a temporary problem!

There are many well-meaning pastors who differ regarding “social” or “moderate” drinking. But human opinions are not sufficient to resolve the issue. We must know the mind of God.

While this sounds good on the surface, there are a host of problems with this argument.

Sadly, many who advocate this position not only approve of wine but say any alcohol is permissible, even though the Bible clearly condemns strong drink. The Bible condemns drunkenness, they reason, not drinking. Well, the Bible does indeed condemn drunkenness. And, the best way to avoid being drunk is never to drink!

All wine isn't the same

Still, the reasoning remains – “Jesus drank wine.” And the argument continues, “all wine is the same.” This is simply false. It is no more true that “wine is wine” than it is true that “water is water.” Think about that for a minute.

Is water from lakes, oceans, sewers, taps, and bottles, or filters all the same? Of course not. Not all water is potable. In the military I learned you had to be very careful with water. We had numerous ways of testing and preparing water to be used as drinking water.

If it was bad it could make you very sick, it could even be fatal. Something had to be done to make it consumable.

If you were to study the way wine was processed in the days of the Bible you would discover quickly they understood fermented wine would be disastrous, leading to controls to eliminate or significantly reduce the alcohol content.

The words used for wine in both Greek and Hebrew in their simplest definition mean the “juice of grapes” and the level of fermentation is not always specified. In other words, wine is not all the same. Biblically, some was fermented, some was simply juice, and that which might have some alcoholic content was cut with other liquids to eliminate the problem.

The reasons for abstinence from alcohol are many. God’s warnings and prohibitions stand at the top of the list. If you use the excuse “Jesus drank wine,” then you should be certain you are actually drinking what He drank. The character of our Lord is sufficient for us to know He would never advocate the use of a beverage that would cause one to be diminished in their moral actions and mental activities.