Anti-coup protests in Sudan amid turmoil after PM resigns 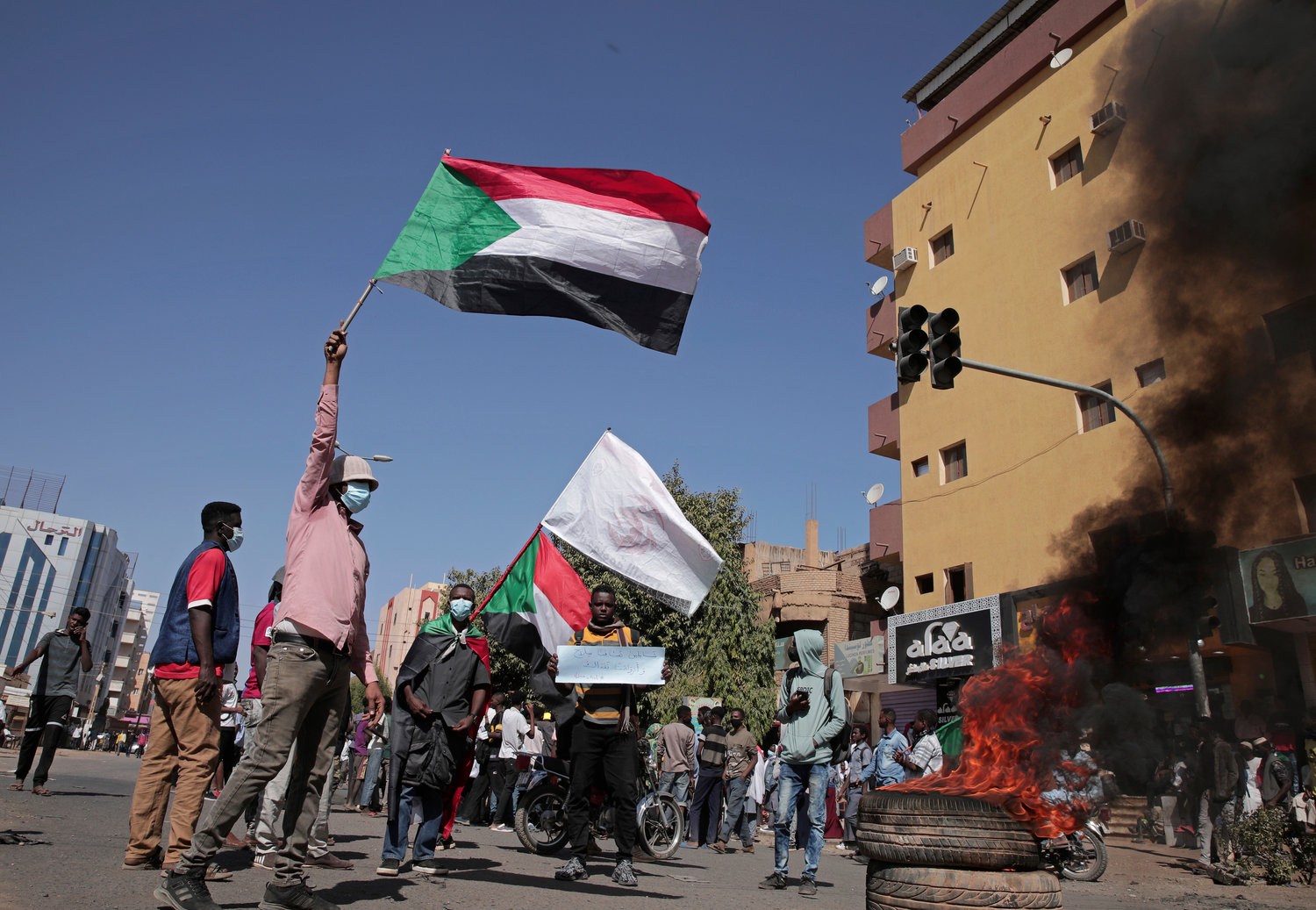 CAIRO (AP) — Sudanese took to the streets in the capital, Khartoum, and other cities on Tuesday in anti-coup protests as the country plunged further into turmoil following the resignation of the prime minister earlier this week.

Prime Minister Abdalla Hamdok was ousted in the October coup, only to be reinstated a month later following a deal with the military meant to calm tensions and anti-coup protests. Hamdok stepped down Sunday amid political deadlock, saying he had failed to find a compromise between the ruling generals and the pro-democracy movement.

Sudan has been politically paralyzed since the Oct. 25 coup. The military takeover came more than two years after a popular uprising forced the removal of longtime autocrat Omar al-Bashir and his Islamist government in April 2019.

The military, under international pressure, reinstated Hamdok in November to lead a technocratic Cabinet. But the deal sidelined the pro-democracy movement behind the uprising against al-Bashir. Since then, Hamdok was unable to form a Cabinet amid relentless protests not only against the coup but also against his deal with the military.

Thousands took part in Tuesday marches in Khartoum and its twin city of Omdurman, denouncing the coup. Images posted online show young protesters singing, beating drums and waving Sudanese flags. There were similar demonstrations in other cities, including the eastern city of Port Sudan.

Ahead of the protests, authorities closed major roads and streets in Khartoum and Omdurman, according to activists, tactics that have been employed in the past two months to prevent demonstrators from reaching government buildings.

Since the coup, nearly 60 protesters have been killed and hundreds of others injured in a heavy security crackdown, according to a Sudanese medical group. The protests are called by the Sudanese Professionals' Association and the Resistance Committees, which were the backbone of the uprising against al-Bashir.

Hamdok’s resignation has thrown the country into further uncertainty and “deprived the generals of the fig leaf” they used to continue their military rule, said Mohammed Yousef al-Mustafa, a spokesman for the association

The protest movement insists on a fully civilian government to lead the transition, a demand rejected by the generals who say power will be handed over only to an elected government. Elections are planned in July 2023, in line with a constitutional document governing the transitional period.

U.N. Secretary-General Antonio Guterres called for “meaningful dialogue” between all Sudanese parties to “reach an inclusive, peaceful and lasting solution,” according to U.N. spokesman Stéphane Dujarric.

Sudan’s largest Umma party called for the return to the 2019 constitutional document governing the transitional period, which calls for the military to relinquish the leadership of the ruling sovereign council.

“This is the only way for the salvation of the nation, the integrity of the transitional period and the accomplishment of its tasks within the agreed-upon timeframe,” the party said in a statement.

Deliberations have been underway to find “an independent figure” to lead a technocratic Cabinet through elections, according to a military official and a protest leader. They spoke on condition of anonymity to discuss the negotiations. Among names floated was that of former Finance Minister Ibrahim Elbadawi.

Elbadawi, who resigned in 2020, was not immediately available for comment.

Jibril Ibrahim, a rebel leader who joined Hamdok’s government last year following a peace deal with the transitional administration, urged for a “political compromise” to resolve the crisis.

“Let us agree to work together for the sake of Sudan,” tweeted Ibrahim.

Al-Mustafa, the spokesman, said the association rejects talks with the coup leaders, warning of “deadly” street confrontations between protesters and security forces. He called on the international community to pressure the Sudanese military to allow the establishing of a fully civilian government.

Gen. Abdel-Fattah Burhan, head of the ruling Sovereign Council, said an independent Cabinet with “specific tasks” would be formed as the executive branch of the transitional government. The military, he said, would “protect the democratic transition" until Sudan is able to hold free and fair elections.