Are there many Lottie Moon Christians left? 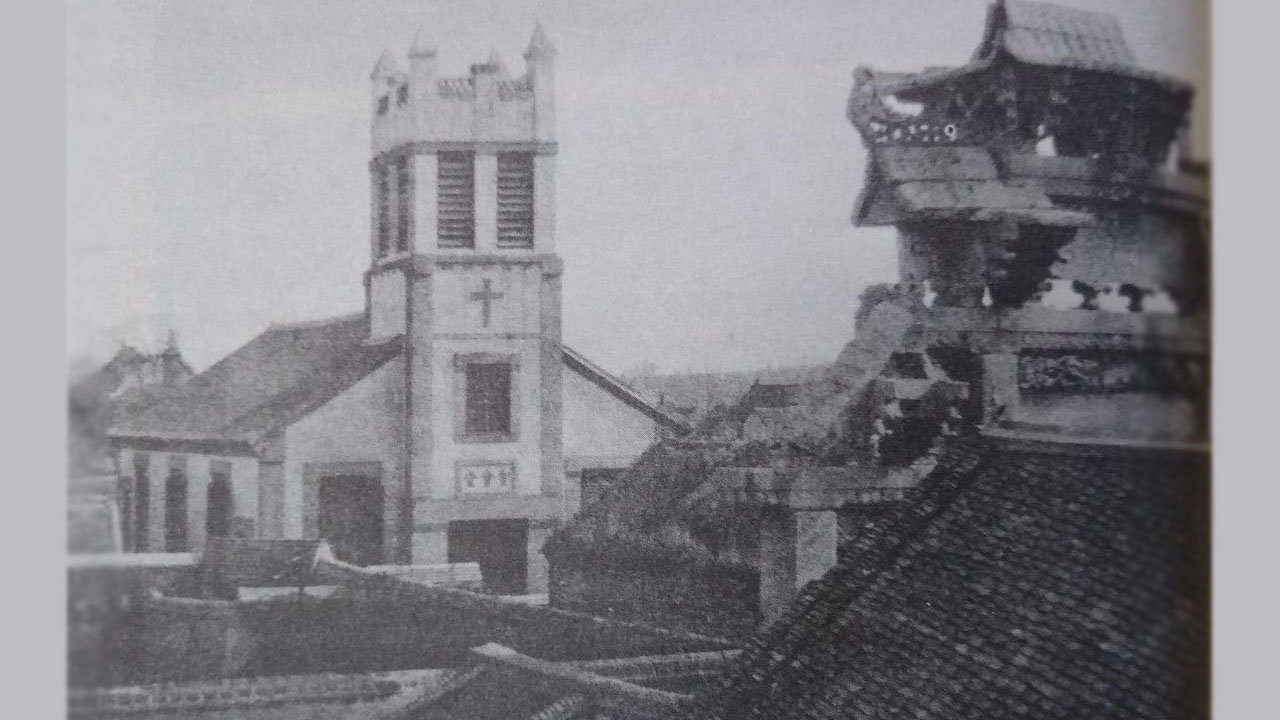 “The New Lottie Moon Story” by Catherine B. Allen provides this photo of what it called Monument Street Baptist Church in Tengchow. Tengchow later would become known as Penglai and Monument Street Church as Wulin Shenghui Church Lottie Moon worshipped at the church from 1873-1912 while serving as a missionary to China. Photo courtesy of Cartersville First Baptist Church
Posted Wednesday, December 9, 2020 5:02 pm
Neil Joiner

“The New Lottie Moon Story” by Catherine B. Allen provides this photo of what it called Monument Street Baptist Church in Tengchow. Tengchow later would become known as Penglai and Monument Street Church as Wulin Shenghui Church Lottie Moon worshipped at the church from 1873-1912 while serving as a missionary to China. Photo courtesy of Cartersville First Baptist Church

My blog only has one or two views from China most weeks, which probably indicates you, person in China reading this column, are my lone reader. As I think about you, it causes me to wonder this: Are many Lottie Moon Christians in China today?

I don’t mean to suggest that a group of believers goes by that name, although I suppose it’s possible. My query is whether there are many Chinese Christians today who trace their faith back to Lottie Moon’s mission work in your country? Is her name widely known and revered or has time erased the memory of a diminutive lady with a giant heart? Are there Chinese Christians today whose grandparents knew Lottie Moon and passed along personal stories which are still being told?

Charlotte “Lottie” Moon was a Southern Baptist, the same Christian denomination I grew up in and remain active in today. We are, as history shows, a generally well-intentioned but highly imperfect bunch of sinners. Sometimes, however, despite our shortcomings, God’s grace allows something wonderful to happen, something like the loving example of Lottie Moon.

Born December 12, 1840, Lottie was part of an affluent Virginia family. She was smart and well educated and could, it seems, have enjoyed a comfortable lifestyle. Yet she followed God’s calling to a distant land filled with hardships and challenges.

A series of revival meetings in 1858 is reportedly where a teenage Lottie Moon began having a spiritual awakening that would forever change her life. It’s been said that the source of her inspiration for mission work came from a message based on John 4:35, “The fields are white unto harvest.”

One of her six siblings, a younger sister named Edmonia, accepted a call to go to North China in 1872 as a missionary for the Southern Baptist Foreign Mission Board. Although Edmonia’s name is not widely known, her courageous decision influenced her older sister.

On July 7, 1873, 32-year-old Lottie Moon was appointed by Southern Baptists as a missionary to China. For twelve years she taught school, an assignment typical of what women were expected to do at that time. Evangelism was deemed more appropriate for men in that era, while ladies were considered best suited to be helpers.

Lottie, however, along with the wives of other missionaries knew that women were better able to minister to other women. So, a persistent young single lady made numerous appeals to serve in an evangelistic role. She asked for that regularly through her letters and published writings.

In 1885, when she was 45 years old, Lottie’s request was finally honored. She discontinued her teaching responsibilities and began full-time evangelizing. She moved to China’s interior near P’ingtu and Hwangshien where she is said to have led hundreds of people to Christ.

Lottie pleaded desperately for more missionaries to be sent, but there were never enough resources to meet the needs. Those unmet needs led her to encourage women in America to organize in support of mission work abroad. In 1888 the first Christmas offering for foreign missions collected $3,315, funds which were used to send three additional missionaries to China.

What she began long ago has continued and grown far beyond its small start. The 2020 goal for the Lottie Moon Christmas Offering is $175 million dollars, 100% of which goes to support international missionaries in countries around the globe.

Lottie Moon was four feet three inches tall. When she died December 24, 1912, at age 72, she weighed only 50 pounds. Lottie’s health was tragically failing due to her unselfish sharing of food. She was on her way back to America to try and recuperate but didn’t make it home.

Because of her untimely death we are no doubt more inspired by her noble life. One who had little helped those who had less. And that small lady with a big heart still gently prods my conscience, reminding me that giving only from my abundance falls short of what God expects.

It’s once again time for the annual mission offering which bears her name. That’s what caused me to wonder about Lottie Moon Christians in China today. I trust the seeds of faith she planted continue to produce fruit, and that her compassionate spirit will not be forgotten in your country nor in my own.

May Lottie Moon’s sacrificial example inspire us to do more, for China and America have a great opportunity in common. Our fields are white unto harvest