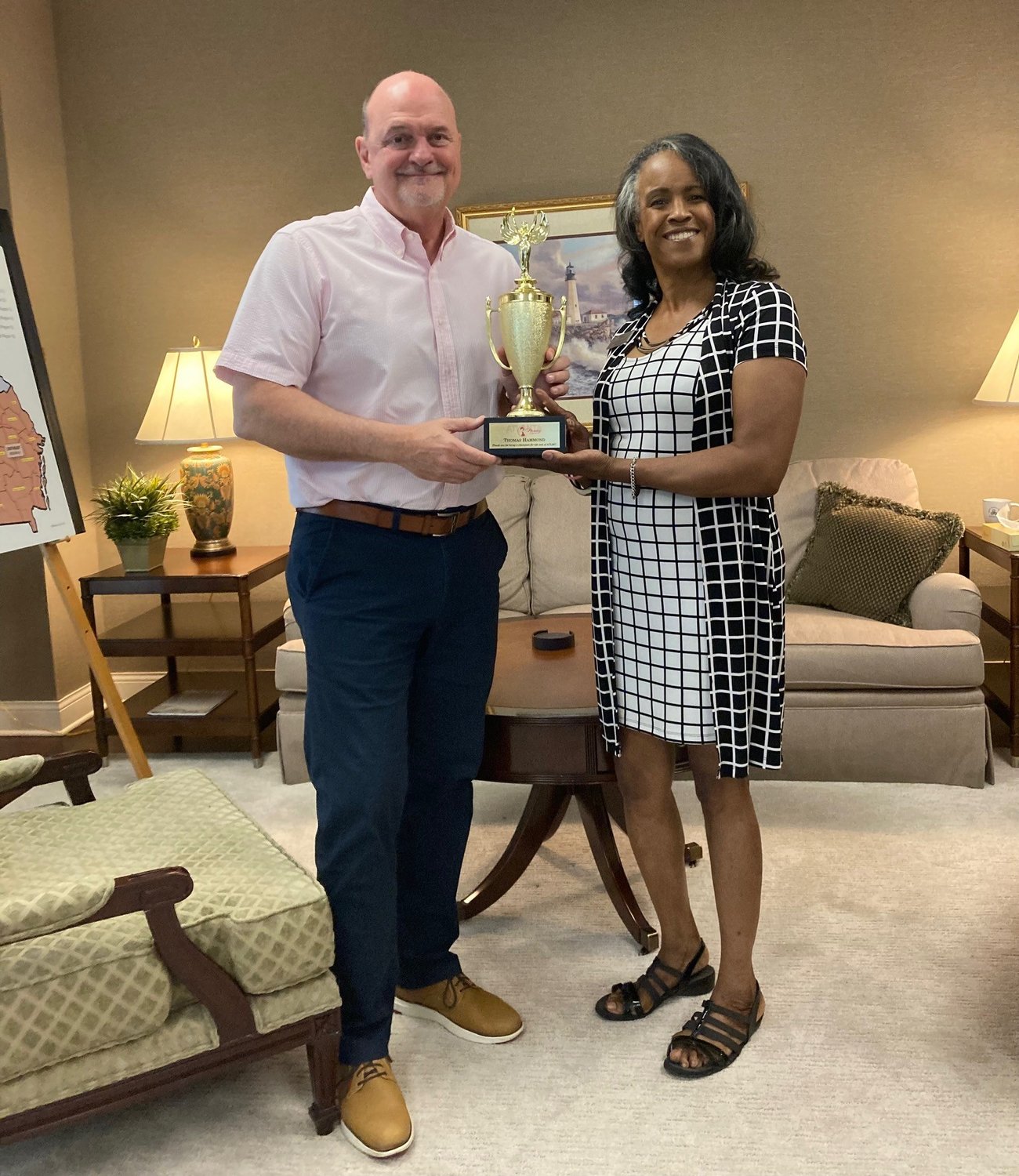 Daphne Nicely, executive director of the crisis pregnancy center, presented the award at the Mission Board's offices in Duluth on Tuesday for Hammond's support for its ministry to women in need.

The Morning Center is a ministry launched by Samaritan Ministries International in 2011 out of love for mothers and their newborns. The Morning Center provides prenatal through postpartum care to moms in need, in the name of Jesus, at no charge. The Morning Center hopes to be an outlet that curbs the growing number of abortions and abortion providers in America.

"I can think of no one more worthy of this recognition," said Mike Griffin, the Mission Board's public affairs representative. "Thomas Hamond is a champion  when it comes to respecting and protecting innocent human life,"