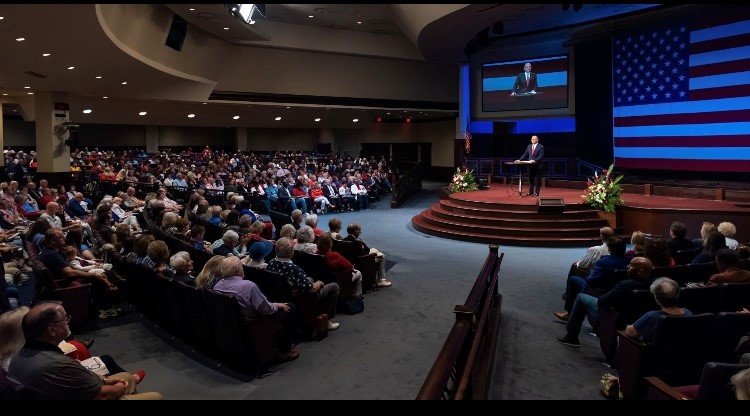 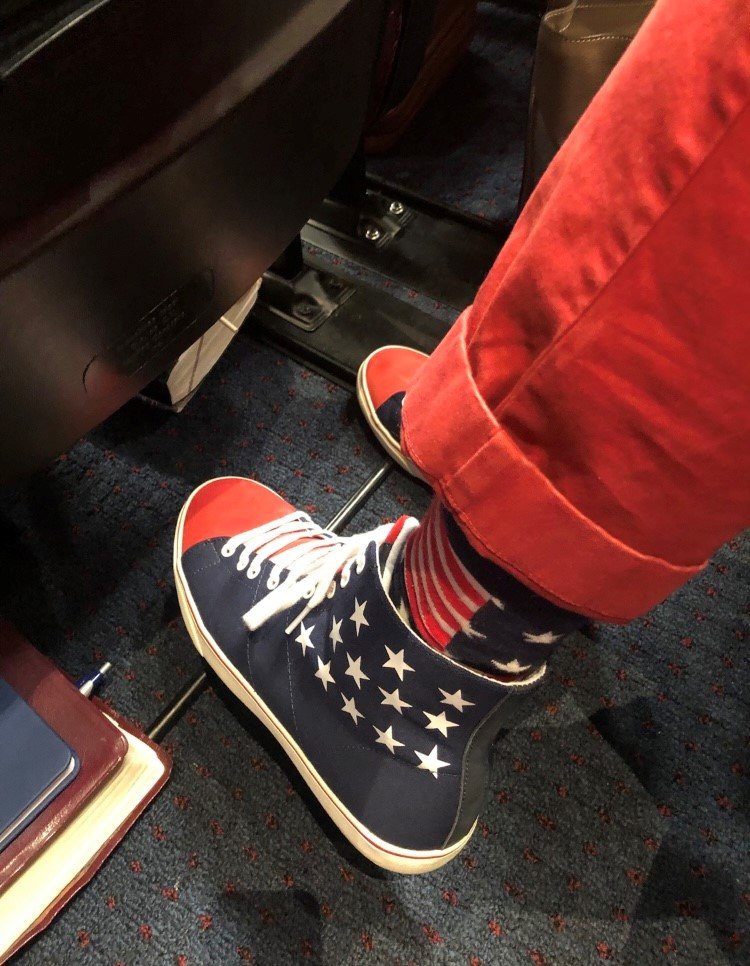 People dressed in red, white and blue at First Baptist on Sunday, including this worshipper who had Independence Day themed sneakers. 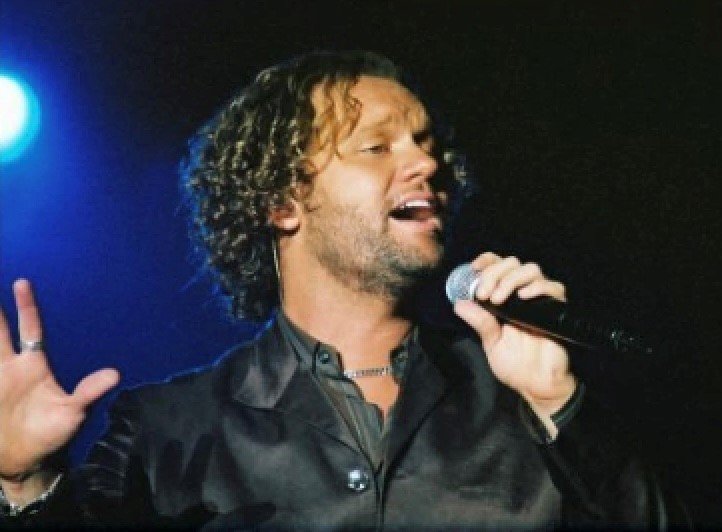 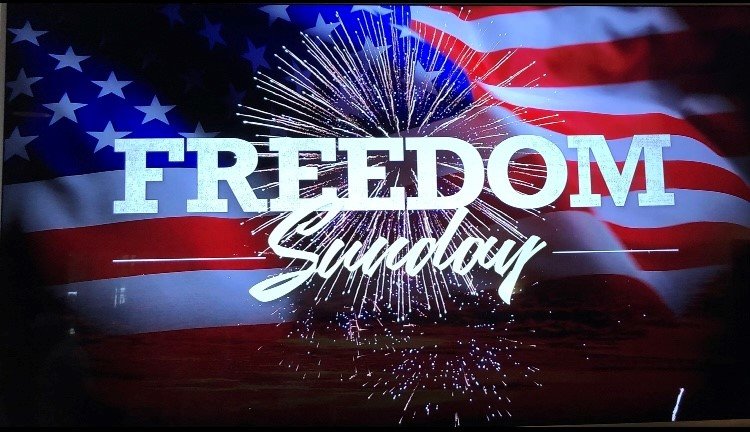 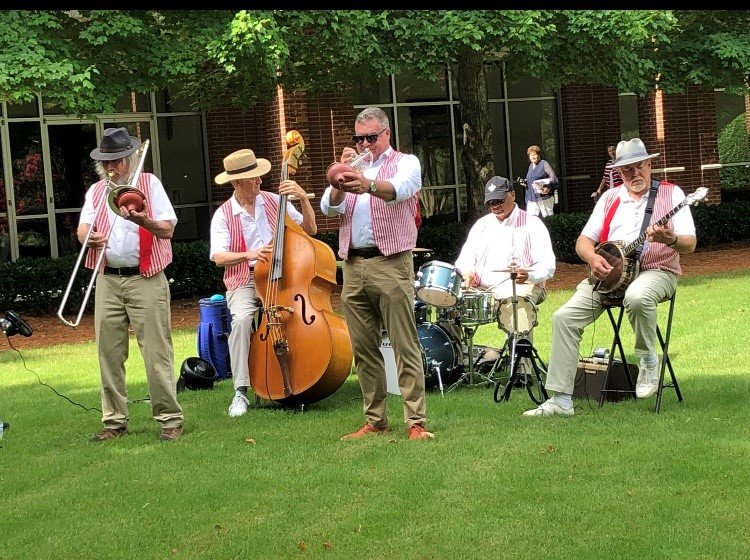 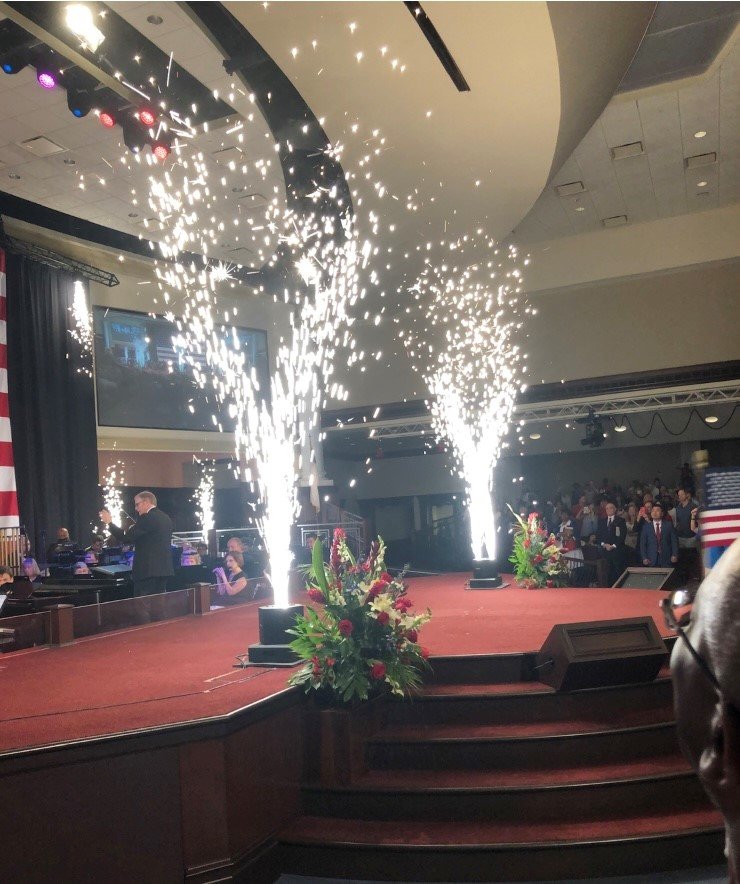 ATLANTA – On July 1st, Christianity Today published an article entitled “Fewer Churches Put Patriotism on Display for July 4.” The article quoted a LifeWay Research study of 1,000 U. S. Protestant pastors which indicated that two in 5 pastors (42%) did not see the importance of incorporating patriotic elements into worship services the week of July 4th.

However, Matthew Slemp, Minister of Music at First Baptist Church of Atlanta, orchestrated a segment of worship prior to the moring message that was thrilling, patriotic, celebratory and God-honoring in every way.

July 3rd was “Freedom Sunday” at First Baptist and our liberty was celebrated in a most profound and dramatic way as the music honored America’s heritage, the nation’s veterans as well as our current military force. The congregation participated by singing patriotic hymns, waving flags, and frequently voicing their approval of Pastor Anthony George’s sermon with shouts of “Amen” and “Preach it brother!” Patriotism was obviously highlighted in many ways, but there was little doubt that the primary focus was on the proclamation of God’s infallible Word and glorifying our Creator Redeemer and Sustainer by letting our light shine in a darkening world.

Those who arrived at the North entrance of the church were greeted by the propulsive syncopated rhythms of a jazz band ensemble that held scores of people spellbound with their varying degrees of improvisation as they played songs like “When the Saints Go Marching In.”

At the door everyone received a small American Flag and a large welcome from greeters who were bedecked in various designs of red, white, and blue. The hospitality was not surprising, because First Baptist has become known for its cordiality and warmhearted spirit.

David Phelps, renown vocalist and winner of 12 Dove Awards and 4 Grammy Award nominations, was the special guest soloist for Freedom Sunday at First Baptist Atlanta and he sang “The Battle Hymn of the Republic”, “O Beautiful for Spacious Skies”, and “No More Night.” He was accompanied by the superlative First Baptist Choir, Vocal Team, and Orchestra and his exceptional talent was received with standing ovations.

Pastor George preached a message entitled “Freedom’s Light” from Matthew 5: 14-16. He declared, “We need to understand that light is who we are. It is not just what you do or what you give away. You are light. We are living in a world of darkness; and we must understand that as Christians we are light of the world.”

George quoted the Catholic Philosopher, Peter Kreeft, stating, “Throughout history it has been precisely those who believed most strongly in the next world who did the most to improve this one.”

George thundered, “You wouldn’t know that now as you look at these Ivy League centers of Marxism on American soil. In fact, you are liable to get arrested if you go to one of them with a Bible in your hand and try to share the Gospel, because it violates these notorious safe spaces. By the way, where is my safe space? Who is looking out for your safe space?

“Safe space is called the First Amendment of the Constitution. That is what safe space is. It is called freedom of speech! And freedom of speech means speech that we like and speech that we don’t like. It is part of what makes us free. But Christians have always had this sanctifying influence in the places where they have been planted by God. And that is also true in the glorious land we call home.”

As Anthony George expounded his text his congregation cheered him on as if he were preaching in a camp meeting.

Obviously, most churches would not have the resources to have such an impressive Fourth of July celebration, but the only way for believers to change our society is for churches and Christians to let their light shine with such brilliance that the darkness is banished. We should all be alerted to the truth of Ecclesiastes 2:13 which reminds us that “light excelleth darkness.”