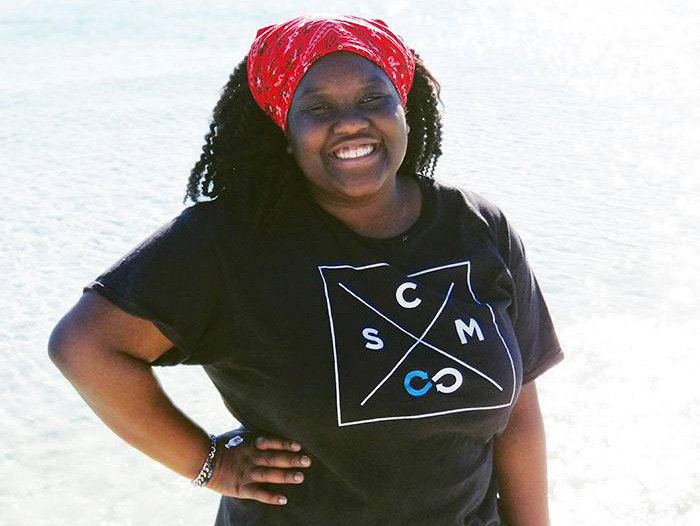 MURFREESBORO, Tenn. (BP) – As a kid, Asleigh Wilson certainly had no plans to work in missions, but through Calvary Baptist Church and the Baptist Campus Ministry at Middle Tennessee State University, God captured this first-generation college student’s heart for Him. Now graduated, she plans to spend her life telling others about Him.

Wilson was born and raised in Murfreesboro, but her family didn’t have a belief system. In fourth grade, she and her brothers started taking the bus to some local churches. For a while, Wilson and her brothers thought only of Jesus as made-up stories.

“That’s what we assumed they were,” she said.

Eventually, they started attending the Fortress youth group at Calvary Baptist Church. The volunteers stayed consistent and even came to the schools to eat lunch with the youth.

By the time Wilson entered high school, she had been saved and baptized and was being poured into by women at Calvary.

When she was a freshman in high school, her family moved to Indiana. She described this move as a rough time. She was still a new believer and lost the people who were discipling her.

Wilson ended up moving back to Murfreesboro to live with a woman from Calvary who encouraged her to go to the Baptist Campus Ministry at Middle Tennessee State after she graduated high school. She enjoyed her time at the campus ministry and started to go more.

While at the ministry, Wilson went on a few mission trips. “I always really enjoyed being able to help out people like that,” she said.

At Beach Reach, a mission opportunity where campus ministries provide free transportation for college students on Spring Break, Wilson learned she was comfortable talking with people. “It wasn’t something hard for me to do,” she said.

The more she attended the campus ministry, the more she heard about summer mission opportunities. The testimonies spoke to her, and she decided to serve with Send TN during her first summer in college.

“I felt like God really was pushing me,” she said. “I just heard, and I listened.”

Wilson and her team served in Dyersburg, Tenn., doing a “tour of VBS” at local churches.

During this time, she also began serving at Calvary at the same Fortress program she had attended as a youth. She took her first international trip to Mexico and several other short-term trips.

These trips really made her consider switching her major to something she enjoyed and could use in missions.

“I’m like Lord – duh,” Wilson said of the decision to switch her major to child development and family studies.

“Learning about how families work, how children work, how elderly people work and just what I can do for the community can help me be able to help somebody with also my love for the Lord.”.

In the summer of 2019, Wilson took another trip through Send TN to Lake Tahoe, Calif., to work in a summer camp through First Baptist Tahoe.

She said she loved everything about the trip and still talks about it every day.

She was supposed to go to China in the summer of 2020, but the pandemic put a halt to those plans.

“It hurt, but it still showed me that I could still have that chance again because I was so close,” she said.

Her senior year, she served as vice president of the Baptist Campus Ministry. Mark Whitt, campus minister at Middle Tennessee State, has known Wilson since her senior year of high school and described the growth he has seen in her.

“She has seen that people are confident in who she is and her leadership of this place,” he said.

Her family looks up to her, and her accomplishments have inspired her own nieces to do well in school. One of them even gets upset when her grades are low because she wants to be like her aunt.

Wilson describes herself as indecisive but said the decision to pursue missions is one of unique confidence.

“I know this is what I’m meant to be doing. I feel like I’m called to missions,” she said.

“For many people, it’s some of their first leadership roles they’ve ever had, so to be able to give them those opportunities is significant for them,” he said.

Before Wilson had even graduated, First Baptist Church of  Tahoe reached out to her about serving with them again, for at least a semester.

For Wilson, who loved Tahoe and desires to pursue full-time missions, the opportunity was a gift from God.

“Tahoe will forever be something in my heart, and the way I get to give back to it is so exciting to me,” she said.

She will serve there this fall semester.

“Having an opportunity to go to these places and do this stuff was definitely thanks to the BCM and college in general,” she said.