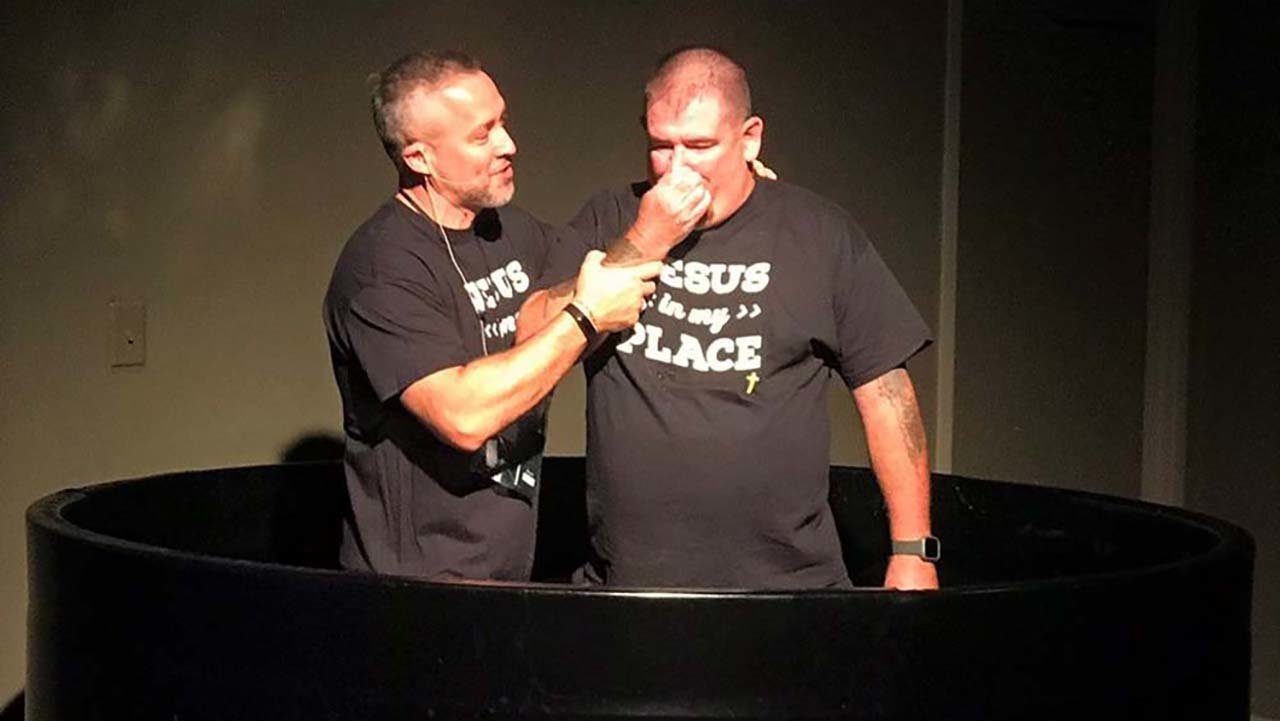 
Officers of the Executive Committee approved Howe upon recommendation of EC President Ronnie Floyd during an Aug. 28 conference call.

Howe most recently served as director of strategic initiatives with LifeWay Christian Resources, a position he held for six of his eight years at the organization. He is also co-host of "SBC This Week," a weekly podcast he and Amy Whitfield of Southeastern Baptist Theological Seminary have produced since June 2015.

In a related move, Roger S. (Sing) Oldham, who was elected as vice president of convention relations in 2007 and had his duties expanded to include administrative oversight of communications in 2010, was reassigned to his previous role and given additional duties.

NASHVILLE (BP) — Contributions to Southern Baptist Convention national and international missions and ministries received by the SBC Executive Committee in August were 2.05% above the projected budget through eleven months of the current fiscal year and 0.51% above the amount received during the same period last year, according to a news release from SBC Executive Committee President and CEO Ronnie Floyd.

Year-to-date designated giving of $187,322,357.34 was 1.41%, or $2,678,091.11, below gifts of $190,000,448.45 received in the first eleven months of last year's fiscal year. Designated contributions include the Lottie Moon Christmas Offering for International Missions, the Annie Armstrong Easter Offering for North American Missions, Southern Baptist Global Hunger Relief, Disaster Relief and other special gifts. This total includes only those gifts received and distributed by the Executive Committee and does not reflect designated gifts contributed directly to SBC entities.

CP allocation budget gifts received by the Executive Committee are reported monthly to the executives of the entities of the convention, to the state convention offices, to the state Baptist papers and are posted online at www.cpmissions.net/CPReports.


"They were in tears and grateful that we cared enough about them to give them that opportunity to know Christ, to know the true Gospel and then to identify with Him through baptism," Parrott told Baptist Press Monday.

The Hopkinses were among hundreds or more new believers who made professions of faith at Southern Baptist churches on Baptism Day and were baptized the same day, 15 of them at Christ Community Church. Baptisms ranged from 1 to more than 100 among several Southern Baptist congregations, according to reports to Baptist Press and on social media. Baptism Day is Sept. 8 on the Southern Baptist Convention Calendar.

Marshal Ausberry Sr. rearranged his church's schedule Sunday to hold baptisms, an ordinance he normally observes on first Sundays, he told BP. At Antioch Baptist Church, the congregation Ausberry leads in Fairfax Station, Virginia, 10 new believers were baptized and four others were scheduled for baptism when family members can attend.

Days before his suicide, Jarrid Wilson conducted this baptism as an associate pastor of Harvest Christian Fellowship in Riverside, Calif., his senior pastor Greg Laurie said. Photo from Twitter


"I took this on Monday evening around 7:30 p.m. at our son's baseball practice," Wilson's widow Julianne wrote in posting a video of Wilson playfully swinging Denham in his arms. "By 11:45 that night, my sweet husband was in the presence of Jesus. I love you, Jarrid."

Wilson shot himself with a handgun and was transported to the emergency room of Riverside Community Hospital in Riverside, California, where he was pronounced dead at 3:57 a.m. local time Tuesday (Sept. 10), the Riverside County Sheriff's Office told Baptist Press Wednesday. Wilson was 30.

Wilson struggled with depression and suicidal tendencies, he said frequently throughout his ministry.

HATTERAS, N.C. (BP) — As Hurricane Dorian moved along the East Coast, North Carolina officials hoped they had dodged a direct hit. Then, the storm made landfall in the Outer Banks at 8:35 Friday morning (Sept. 6).

The Outer Banks — a string of islands off the state's main coast — experienced significant damage to homes and businesses days after Dorian struck the Bahamas as a Category 5 storm.

Southern Baptist Disaster Relief (SBDR) has begun feeding and setting up recovery sites in the Carolinas while Baptist Global Response (BGR) is working with Bahamian Baptists to distribute supplies such as food, water, blankets and hygiene kits as their leaders plan for a long-term recovery effort.

BGR reported stories from survivors that underscored the ongoing severity in the Bahamas. The confirmed death toll stands at 50 and tens of thousands of residents have been displaced.

The search and recovery process has been ongoing in the Bahamas, even a week after the storm made landfall, and the death toll is expected to rise sharply. Volunteer relief teams will only be able to initiate their efforts when first responders declare towns and regions safe.

BGR's primary focus so far has been working with their ministry partners to meet the needs of evacuees, many of whom fled to Freeport and Nassau. Eventually, volunteers will be able to serve in the recovery effort in the Bahamas, but the main need now, Palmer said, is prayer and financial support to provide food and other items locally sourced in the Bahamas so that churches there will be able to continue ministering to their communities.