BLUE RIDGE — Few men have a greater passion to see men come to a saving knowledge of Jesus Christ and begin to consistently walk with Him than Glen McCall. McCall is the Georgia Baptist Mission Board specialist in Men’s Ministry and has just completed a successful men’s conference in Blue Ridge.

The conference was held at the Fannin County High School Performing Arts Center, a beautiful state of the art facility that includes a large lobby and a 900-seat theatre for special school performances.

The featured speaker for the event was Randy Howell, the 2014 Bass Masters Classic Champion, an event, which was held in Guntersville, AL. Edwin Evers was leading the pack in that tournament and Howell was stuck in 11th place at the end of the first day.  The second day was incredibly better for Howell and by the third day he was going full throttle, hauling in 29 pounds and 2 ounces for a tournament total of 67 pounds and eight ounces.

Frank Sargeant, writing for the Huntsville Times reported, “Howell only stopped briefly during the performance to thank the horde of howling and cheering fans for their support.”

Of the event Howell said, “I’ve been fishing tournaments for 21 years and this was by far the best day of fishing I ever had, period.” The $300,000 winner’s check presented to Howell on the final day added a dimension to the win that flavored the tournament with a special sweetness and warmed the day with a brightness surpassing the sunshine.

“Howell said God truly blessed him to bring the win in front of his home crowd of nearby Springfield. He said his son had taped a prayer request on the bathroom mirror, which said, ‘My Day to Win the Classic.’ Apparently, the prayers came true.”

Howell is not ashamed of his commitment to Christ. He professed Christ as his Savior at age ten. He loved fishing, but knew that God had also called him to be a fisher of men. When he was a junior in high school he was diagnosed with Ulcerative Colitis. When he was 18-years-old he married his high school sweetheart, Robin and was set to pursue his career fishing on the Bass Masters Tour.

Howell stated, “I thought I would set the circuit on fire right from the get-go, but God had other pans for me first. This sport (makes it difficult) to keep your priorities straight, and for me, God wanted to mold me and make me in His image before His blessings would come.” 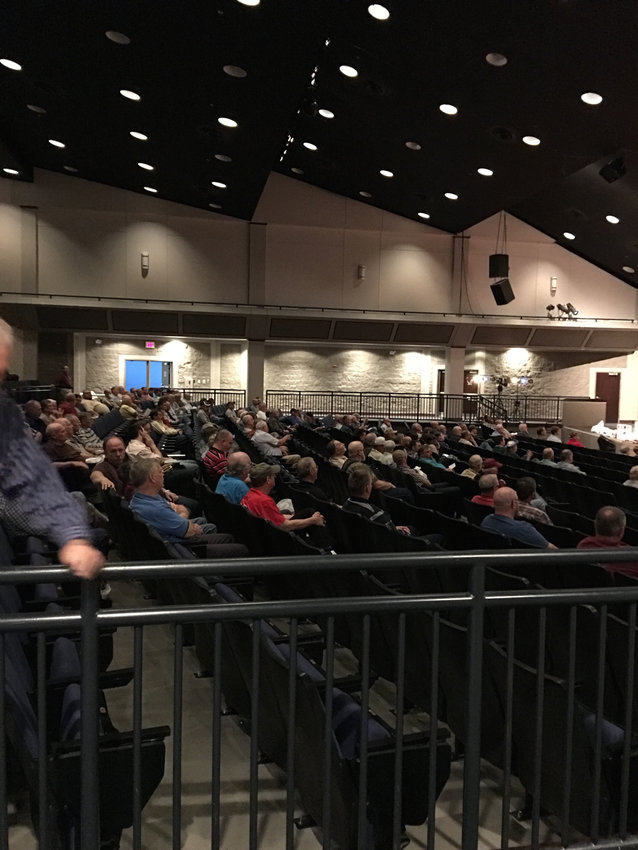 The win was "all orchestrated by God for His glory"

His physical challenges were formidable, but Howell was convinced that it was “all orchestrated by God for His glory.” After much pain and suffering and repeated hospitalizations and surgeries, Howell, surmised, “God taught me so much through this time of tribulation. First, He taught me to totally surrender to Him. Second, He taught me to seek His face and truly put Him in control.

“He also showed me that at any time He could heal me as He did. He allowed these things to happen to build character in me and to show me how important knowing and serving Him really is.”

It was that kind of testimony that Randy Howell brought to the North Georgia Men’s Conference in Blue Ridge; and the results were so encouraging. There were more men at this year’s conference than the conference last year. The Conference also resulted in eight men coming to a saving faith in Jesus Christ. There were 16 rededications and 49 requesting prayer for themselves or their family.

McCall explained, “The North Georgia Men’s Conference was a great gathering time for men from Blue Ridge, Ellijay, Blairsville, Cleveland, and from counties all across north central and Northeast Georgia.

“Randy Howell was powerful in his testimony for Christ, especially regarding the value of men who will allow their lives to be used of God to change the experiences and circumstances of others in their everyday walk.  In some cases it truly is a life or death situation.  We are excited about those who gave their lives to Christ, for the rededications of service to Christ, and the multiple requests from the men for prayer for themselves and their families.

“This was our second annual North Georgia Men’s Conference.  We are looking forward to having our third one in 2017 and hope to reach hundreds more with the Gospel of Christ. Claude Mathis, Doug Merck and their great churches are wonderful partners in ministry and are making a profound difference in the lives of men in north Georgia. We long to see what God has in store for us next year.”

Plans are already underway for the North Georgia Men’s Conference on March 11, 2017; and Evangelist Bailey Smith has been scheduled to be the guest speaker.