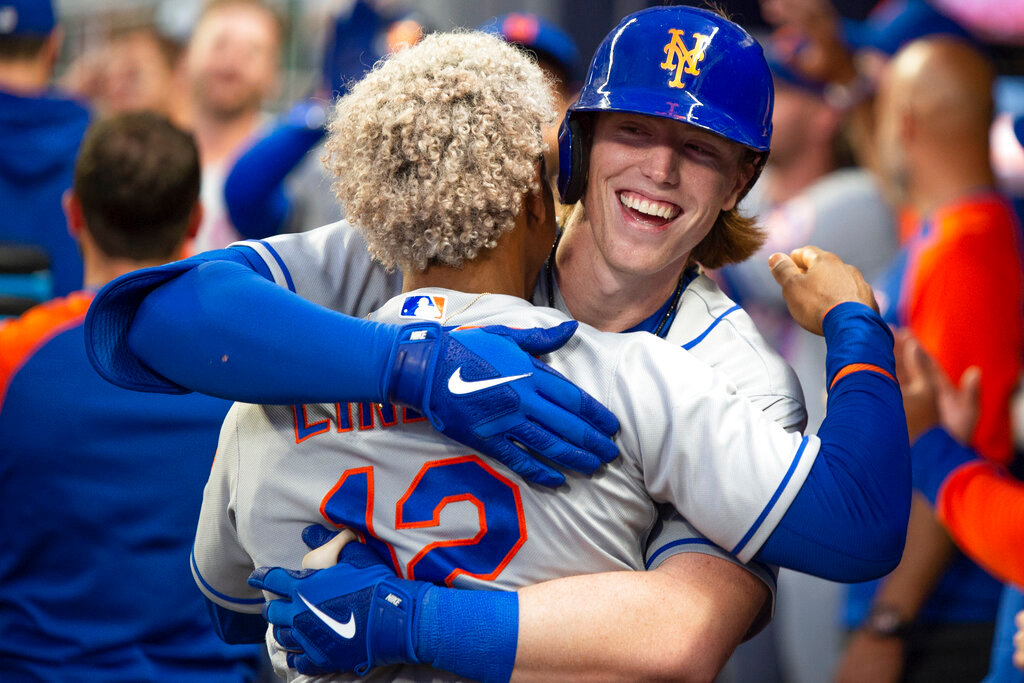 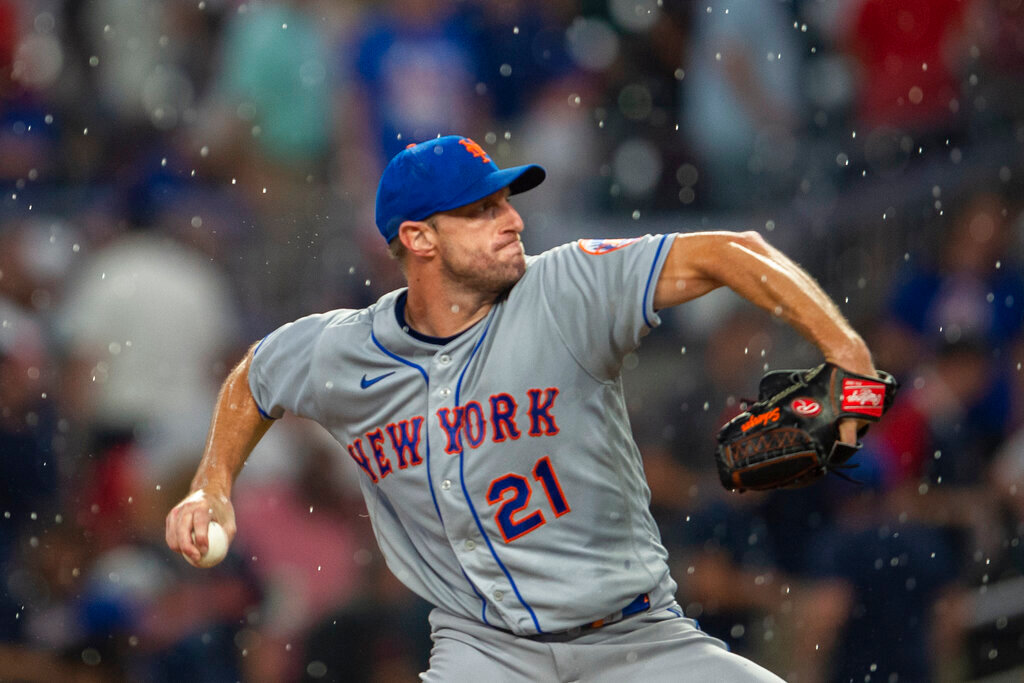 ATLANTA (AP) — The first time Brett Baty stepped on the field in the big leagues, he simply took a look around.

Then came a moment he'll remember for a lifetime.

After being outscored 18-1 in the first two games of the series, the NL East-leading Mets jumped to a 6-1 lead and barely made it stand up to push their advantage over the Braves back to 4 1/2 games.

Vaughn Grissom had a two-run single in the ninth, but Trevor May retired Ronald Acuña Jr. — the potential tying run — on a flyout to the warning track to end the game.

New York got a big boost from Baty, one of the organization's top prospects who got the call to the majors just a week after being promoted to Triple-A.

Baty, the 12th overall pick in the 2019 draft, came up for the first time in the second with a runner aboard and the Mets already ahead 2-0 on back-to-back homers in the first off Jake Odorizzi.

After taking a ball, Baty connected with a hanging curve on his very first swing in a New York uniform.

“I was just looking for a pitch I could drive,” Baty said. “He left one over the plate.”

As the ball sailed toward the tall brick wall in right, Acuña peeled off hoping to play a carom. But it dropped between the wall and the first row of seats, setting off a wild celebration in the stands from Baty's mother, father, sister and other family members who hastily made the trip to Atlanta to witness his debut.

“To look up (in the stands) and see my family up there, to celebrate in the dugout with my teammates, it's just pure joy,” Baty said.

Baty became the fifth player in Mets history to homer in his first at-bat — the last being Mike Jacobs in 2005. A worker was able to retrieve the ball, which will become a treasured keepsake.

“For sure, that will be framed up and go on a shelf somewhere,” Baty said. “Hopefully there will be more."

Atlanta knocked out nemesis Max Scherzer (9-2) in the seventh without getting a ball out of the infield, loading the bases on two walks sandwiched around a dribbler near the mound.

Adam Ottavino appeared to snuff out the threat when Grissom grounded into an inning-ending double play. But the call was overturned after a video review, giving Atlanta a run that cut the deficit to 6-2.

Robbie Grossman then made a game of it, launching a three-run homer that brought the Braves within a single run.

That was as close as they got. Pete Alonso’s two-run single highlighted a three-run ninth that provided some breathing room.

Scherzer shook off a 34-minute rain delay in the bottom of the third to beat the Braves for the third time this season. He was charged with four runs over 6 1/3 innings, despite surrendering just three hits and three walks while striking out eight.

It was just what the Mets needed after their last two starting pitchers lasted two innings apiece before leaving with injuries.

“The key to the game was Max,” manager Buck Showalter said. “He is so workmanlike. It wasn't sexy, but he just refuses to give in to the challenges.”

The Mets jumped on Odorizzi (4-5) in the first, homering on back-to-back pitches. Marte launched one over the center field wall, and Francisco Lindor took one out on the very next pitch for his 21st homer of the season.

Marte added his 14th homer off Kirby Yates in the seventh for his first multi-homer game since 2019 with the Pirates.

Braves manager Brian Snitker was tossed in the third by home-plate umpire Will Little after Austin Riley was called out on a third strike he thought was high.