Beloved Georgia pastor's congregation doesn't see him 'as black or white, but as God’s man doing God’s work with passion and faithfulness' 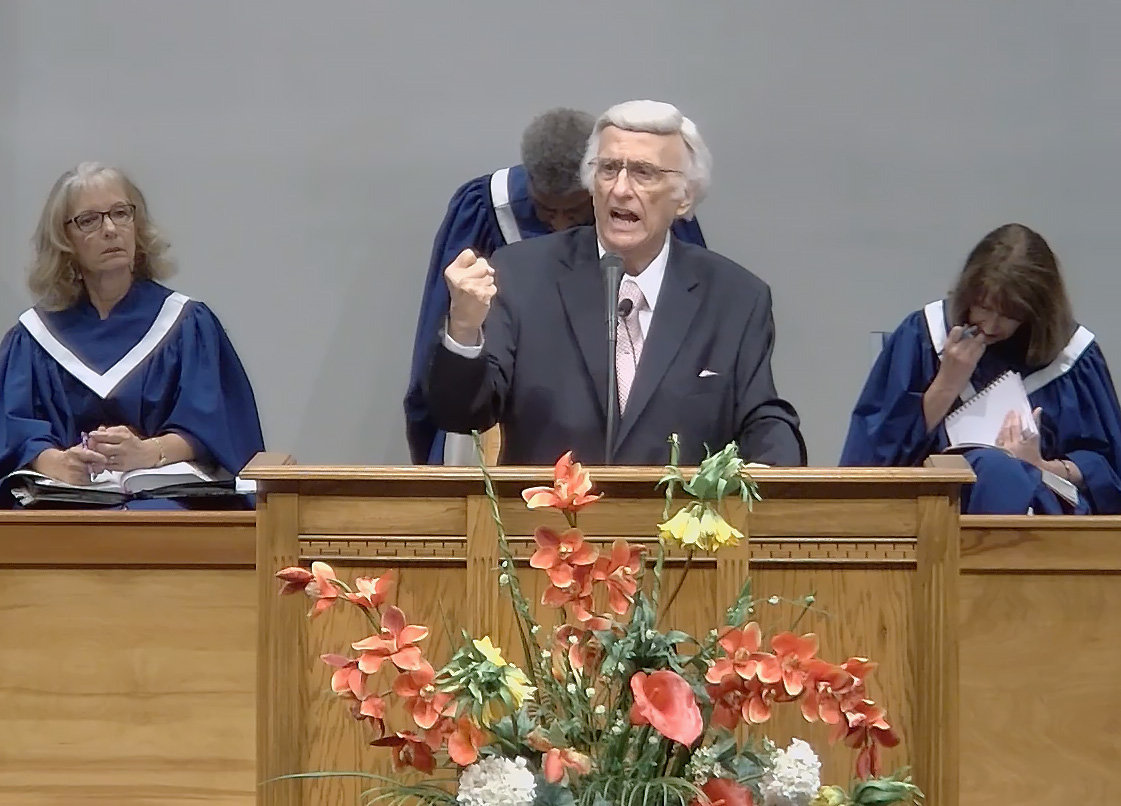 COLUMBUS, Ga. – Tony Dickerson makes his way into the pulpit, his voice unmistakable in its rhythm and intensity.

“I want to tell you friends, God is in this place, and don't you for one minute doubt it,” he declares with a boldness that fills the auditorium at Pinehurst Baptist Church. “He is here, and we are going to have a meeting with Him.”

People settle into their seats, eager to be taken on an adventure through the Bible by the pastor who has been serving the same Columbus church for the past 50 years, an almost unheard of tenure.

An orator with flawless diction and smooth cadence, Dickerson has led Pinehurst through an amazing transformation from a nearly all-white congregation to a predominately African American church since he arrived here in 1973.

The 76-year-old pastor has been the one constant amid the change, his fearless preaching and kind heart making him a beloved figure among all races in the Georgia city.

“The Pinehurst membership, because of Pastor Dickerson’s powerful expository preaching and unconditional love, do not see him as black or white, but as God’s man doing God’s work with passion and faithfulness,” said J. Gerald Harris, retired editor of The Christian Index and one of Dickerson’s longtime friends.

“I do not think I have ever met a preacher with a greater devotion to the call of God or a greater commitment to his church,” Harris said. “He has an unqualified love for his parishioners; and the people of Pinehurst love him with an equal measure of esteem and appreciation.”

Dickerson, a former president of the Georgia Baptist Convention, has been a pastor since he was 12 years old, having served churches in Alabama, Florida and Georgia. All of his previous pastorates prepared him for Pinehurst, where he arrived as a 28-year-old with 16 years of experience.

“I have never counted myself to be so blessed as I am now, to be at a church where I am so highly regarded and where age is venerated,” he said. “I thank the Lord that He has kept me here all these years.”

Being a pastor has been a labor of love for Dickerson throughout the years, and continues to be today, though he’s now dealing with bone cancer and has begun walking with a cane to help with his balance since he was hospitalized with a cerebral hemorrhage earlier this year.

Declining health also has impacted his wife, Mary, whose frailties have forced her to give up her positions as Sunday school teacher and organist.

They now have caregivers who stay with them in their home near the campus of Columbus State University.

Physical infirmities haven’t affected Dickerson’s preaching, though. He still approaches every sermon with urgency, telling his listeners about the “virgin born, sinlessly perfect” Jesus Christ who was “sacrificed in blood and agony upon the cross.”

Pinehurst’s L.B. Murphy said it has been Dickerson unwavering allegiance to preaching the pure gospel that has endeared him to his congregation.

“It’s just been a joy to have him as our pastor,” Murphy said. “If I had to put my finger on one thing that sets him apart, it’s that he preaches the Word and nothing else. It’s Jesus every Sunday.”

Murphy picks Dickerson up on Sundays, drives him to church, and walks with him into the auditorium and onto the platform. When it comes time for peaching, Dickerson needs no help walking to the pulpit, where he hangs his cane on the podium and forgets about any infirmities.

“Man, does he preach,” Murphy said. “He preaches with the same fire as when I came to the church more than 40 years ago.”

Dickerson stresses that Jesus died for people of every race, pointing to Revelation’s description of a great multitude that no man could number worshipping in before the throne in Heaven – people of all nations, and kindreds, and tongues.

Though he grew up in a segregated South, Dickerson always was a champion of racial equality. His best friend as a child in Alabama was African American. He refused to allow a segregated society to come between them.

“You cannot read the Bible without knowing there is only one race, the human race,” he said.

A wise deacon in Alabama, where Dickerson grew up, paved the way for the then-adolescent preacher to move into his first pastorate, telling the congregation: “He’s the same age Jesus was when He confounded the religious leaders in the temple. Let him preach.”

“I have not stopped since,” Dickerson said. “And, as long as God allows, I will not stop.”