Bible Study for April 29: Don't get tripped up 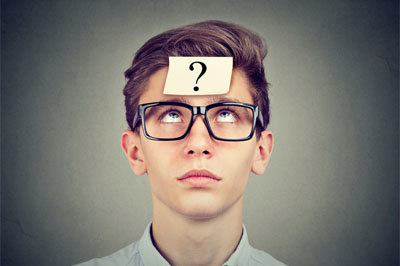 While God’s name is nowhere seen in the book of Esther, his hand is nowhere missing! He is “standing somewhere in the shadows” rulng and overruling. As you study the book you will see evidences of God’s providential workings:

And as you study the book you see many other times how God was at work behind the scenes.

There have been many times in my life that it seemed that God wasn’t there, but I know He was. Our God is always at work behind the scenes. Just because God is not mentioned by name in this book doesn’t mean that God wasn’t there. Whether you believe it or not, God is here and He is working in all of our lives.

What King Xerxes did was wrong. He threw a drunken party; embarrassed himself by making a foolish request of his wife; was further humiliated because the Queen would not do what he commanded; and became so furious that he tried to save face by following bad advice.

However, the book of Esther is about how God was able to take his wrong and move in the life of Esther in a way that would save the Jewish people. God took a wrong and made a right out of it.

In 1:12 it says: “But when the attendants delivered the king's command, Queen Vashti refused to come. Then the king became furious and burned with anger.”

By pride. For 6 months, King Xerxes had been having a party for dignitaries from all over the world, (127 to be exact). After the six-month party was over, he held a week long party for everyone in Susa. Now, during this same time, Queen Vashti was holding her own party for the women. It is interesting that this King of only three years was already “showing off”. This is where his pride came in. He had already elevated himself to a god.

The problem began when the King wanted the Queen to come and model her body for everyone. The Hebrew text even suggests that King Xerxes wanted her to come out in only her crown. We see that she refused which infuriated the King. Why was he so mad? She made him look bad.

Now before we begin to start judging, we all must admit that we too have moments of bad decisions. It usually happens because we think that we are really important – more important than everyone around us. If King Xerxes would have thought before he commanded that the Queen come model for the crowd, this would not have happened.

By bad advice. What’s the 1st thing King Xerxes did when Queen Vashti turned down his command idea? He calls in the experts.

Now, don’t get me wrong, it is a good idea to get ideas from others; but you need to choose the right people. In this case, the King was asking people whom he knew would give him the answer he wanted.

By hastily destroying your relationships. There are some people that it is easier for them to end a relationship, than it is to work through the issues. King Xerxes later regretted his decision; but it was too late.

Instead of taking some time to figure it out, he had his wife exiled from the Kingdom never to return. It is almost like these Hollywood marriages that never seem to last.

We all go through difficult times and we must be careful that we do not allow the enemy to trip us up.

God is here today and has been working in your life for you to be here today, this hour for you to know He loves you, He died for you, He wants to have a personal relationship with you through His son Jesus. He has taken a stand for you on a cruel cross that you may be saved today and take a stand for Him and live a life that helps others not to get tripped up.