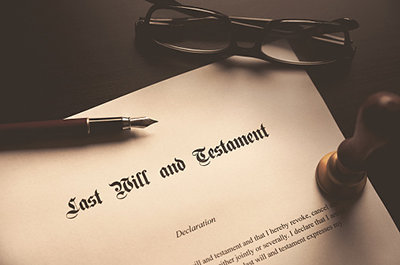 Legacy. It’s something we will all wrestle with at some point in our lives. We will contemplate questions like “what’s my purpose?” or “why am I here?” and even “what’s the point of all this?”

Whether good or bad, your life will impact those around you long after you are gone. Our desire as Christ followers should be to leave a legacy that points others to Jesus and leads the generations after us to a life of holiness.

This was true in the life of Asa. His conduct as king had an impact on the generations that came after him, specifically his son, Jehoshaphat. Like Asa, we must strive to leave a legacy of godliness for those who come behind.

Notice three realizations that Jehoshaphat had because of how he had seen his father, Asa, live.

Upon beginning his reign as king over Judah, Jehoshaphat fortified his position and increased the defenses in case there was to be any attempt at overthrow during this time of transition. In that unsettled time, the king was doing the very things he had seen his father do in days gone by. He did what he had seen his father Asa do, but he also mimicked what he heard his ancestor David had done in his time as king.

Not only did he follow their conduct, but he modeled their devotion to the Lord. Verse 4 reminds us that he “sought the God of his father.” One of the great blessings in the life of the believer is having people who can provide an example to be followed. They disciple not merely by words but also by conduct.

This was true in Jehoshaphat’s life. The passage tells us that he went a step farther than his father in removing the high places, something that Asa failed to do. We can learn both good and bad from those we follow. We can see their mishaps and settle in our heart not to fall into those same traps.

Jehoshaphat followed the example of those who had come before him, but he also began leaving an example for those who would come behind him.

In our modern time, we know that the presidents will often have one great theme that consumes their time in office. Franklin Roosevelt was known for the New Deal. Lyndon Johnson was known for the Civil Rights Act. In this text, the king of Judah wanted to be known for teaching the people the Law of the Lord. In all of Judah, they went and taught the people the truth from God’s Word.

Jehoshaphat’s desire was to leave a legacy that emphasized the importance of building a foundation on the Word of God. Throughout the Bible, we are reminded that this is good.

Joshua 1 tells us the book of the Law should not depart from our mouths. Psalm 1 teaches that the blessed man finds his delight in God’s Word. 2 Timothy 3 reminds the believer that Scripture is profitable for every occasion in our lives. We need the Word of God! Jehoshaphat came to this realization early in his reign. God blessed him for his faithfulness.

Jehoshaphat was not only a leader of those who followed him, but he was influencer of those who were around him. His peers had great fear of him because of the way that the Lord had blessed his reign. They did not make war and they even came to him to offer tribute to him so they might have peace.

Prov. 16:7 teaches “When a man's ways are pleasing to the LORD, He makes even his enemies to be at peace with him.” This was certainly a truth that appeared in Jehoshaphat’s life.

As this good king continued his reign, God’s favor and blessing was upon him. His power grew greater and greater. His defenses became stronger and stronger. His storehouses were fuller and fuller. His people were blessed by his reign. His influence extended for hundreds of miles in every direction.

When you examine your own life, do you have some people who are godly examples that you are able to follow? Are there people in your life that you can model your walk after? If not, find some godly examples.

Are you taking others under your wing? Are you showing them a more excellent way to live? If not, seek to be influencing others in everything that you do.

May we all live in light of eternity and leave a legacy that will outlive us for generations to come.