Bible Study for Aug. 30: We stand together 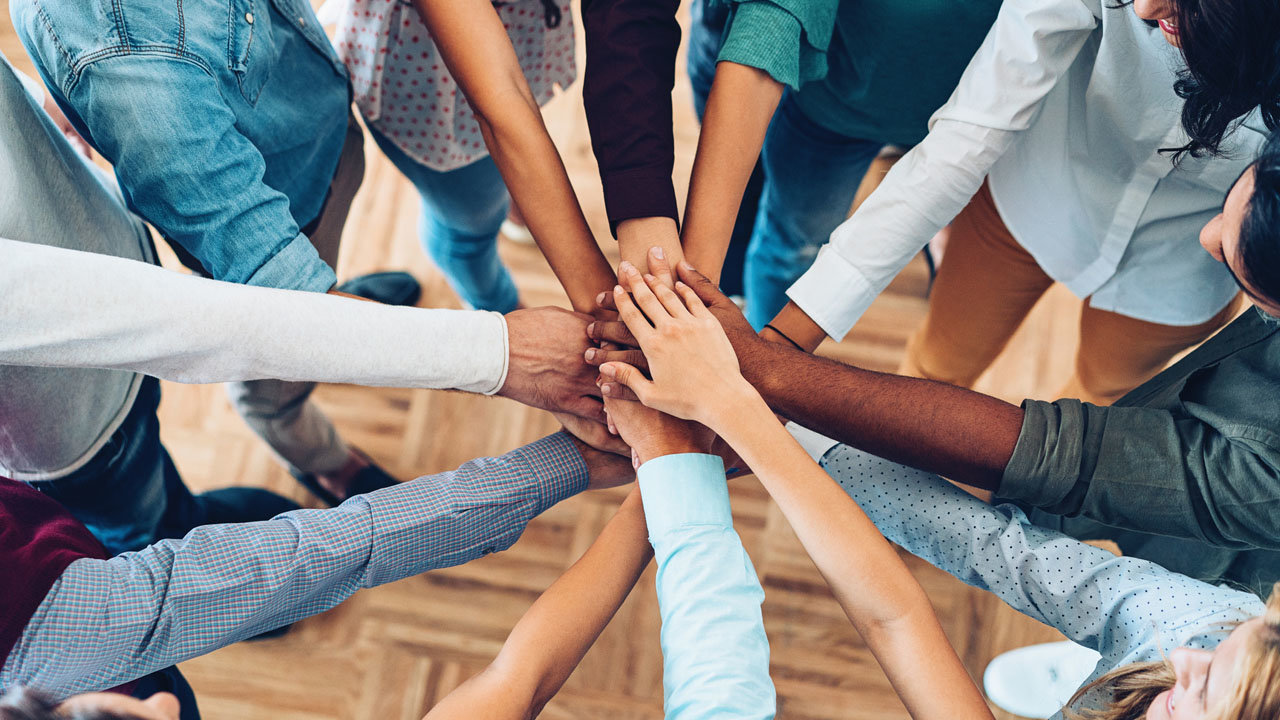 In this pandemic, doing the right thing has often felt like the wrong thing. When we socially distance and trade a handshake for other expressions of friendship, we strangely do the right thing.

Yet, commercials encouraging us to be “Separate but Together” do fall flat in bringing together two conflicting concepts. I do get the commercials’ point. Through acting in solidarity and limiting our interaction, research shows that we flatten the curve of the virus’ spread. But if healthy social distancing gives way to unnatural isolation, we are trading one set of problems for another.

This week’s Sunday School lesson looks to Ephesians 6:10-20 to highlight how much we need God’s armor to victoriously engage in spiritual warfare. Until the Prince of Peace returns and establishes His rule and reign on earth, we will live in a state of real, persistent spiritual conflict.

If you are growing to become more like Jesus, you will not have to go looking for this battle. It will come looking for you. In these verses Paul teaches us the “whats” and the “hows” of the spiritual battle we must fight. But this text also teaches that we are enlisted in this battle alongside of other fellow warriors.

It is a bit more difficult in these present trying times, but we cannot forget that our need to socially distance does not change this divine wisdom. None of us is called to be a spiritual Lone Ranger. Loneliness is a product of the fall. When our lives are void of community, this experience cuts against the grain of God’s created order. We are not called to live life this way, and as soldiers in God’s army, we are not called to fight this way either.

The account of Elijah, in 1 Kings 18, demonstrates the detrimental nature of isolation. In the power of God, this prophet boldly exposed the impotence of 450 of the false prophets of Baal. One chapter later, immediately following this great victory, the threatof the wicked Queen Jezebel sent God’s man running, hiding, and asking the Lord to take his life (1 Kings 19:1-3).

Ephesians 6:10-20 is filled with truths that will lead to a life of spiritual victory. Here are just a few.

Depend on Christ for the strength to fight
Eph 6:10-12

Thankfully, the Greek verb that commands our action in verse 10 should be interpreted as a passive voice. It is not incumbent on us to find the strength within us for spiritual battle, for its correct interpretation lets us know that this strength comes from an outside source.

Verse 11 then tells us that we are to take our stand against the devil. I think it is correct to speak of the enemy similar to the way we should respond to COVID-19: we respect both, but we do not fear them.

My confidence, according to Paul, does not come from my own ability to fight, for it comes from Christ. The One who has always existed (John 1:1) promises to supply me with His strength. Jesus, the agent of creation (Colossians 1:16), provides the might that I need to withstand in the evil day (Eph 6:13).

So Christian, respect your enemy, but do not be afraid of him.

Every morning, before you enter the battlefield, go to God’s Word to ready yourself for spiritual attack. Humbly pray for God to remind you that no matter how heavy the enemy fire might be that day, the opponent you battle is not flesh and blood. Now you are ready to put on the armor.

While some believe that the armor of these verses fit the image of a Roman soldier, I agree with the theologian Clinton Arnold who sees in these verses a picture of Isaiah’s Divine Warrior.

The belt, mentioned first, showcases the importance of centering your mind on sound doctrine. Next, by donning the breastplate of righteousness, you protect the organs that sustain life. Wearing this breastplate requires you to live true to who you are, daily transformed into the image of Jesus. Now you reach for the missionary shoes that enable you to travel to the dark places of deepest spiritual need. For unbelievers to be saved from their sin and make peace with God, this gospel, the only way of salvation, must be shared.

The shield of faith that covers your arm is the Lord himself, who protects all who take refuge in Him (Psalm 18:30). The helmet of salvation is not something that awaits you in the future, but it provides the hope and power necessary for you to live out God’s will in the here and now. Last, the Spirit of God supplies your sword, which is the Word of God. You wield this weapon to victoriously fight against the kingdom of evil.

The armored warrior is now fully fitted, but he is still not yet ready for battle. He will slay his enemy when his life is marked by fervent prayer. Verse 10 commands Christ’s soldiers to fight in His power. Verses 18-20 now conclude with prayer, the means in which His power is deployed.

Prayer should not be viewed as the seventh piece of armor. Rather, it is the force that activates all of the soldier’s armor and weaponry. Paul is so captured by prayer’s necessity that he asks for his readers to pray for his personal boldness in faithfully proclaiming the gospel.

Soldiers, pray for your ability to fight “at all times in the Spirit.” If Paul, a man completely sold out for the gospel, deeply needed prayer, isn’t it arrogant for any of us to think otherwise? But never stop there. We do not fight this battle alone. Faithfully make “supplication for all the saints” — your fellow soldiers equally entrenched in the battle.

One of your fellow fighters may be IMB missionaries serving in closed countries. Another may be a sister-in-the-faith whose heart is broken for the spiritual needs of her neighborhood. We need to pray for our own strength, yes and just as much, we need to pray for the strength of each other.

Recently, a reporter asked golfing great Tiger Woods what it is like for him to play tournaments without the usual spectators and fans. “Obviously, the energy is not anywhere near the same,” he responded.

When thinking in light of eternity, a professional golfer’s isolation on a golf course does not make much of a difference. But when it comes to taking a stand against the forces of darkness, nothing could be further from the truth. We stand together.