Bible Study for June 10: Why are we in this mess? 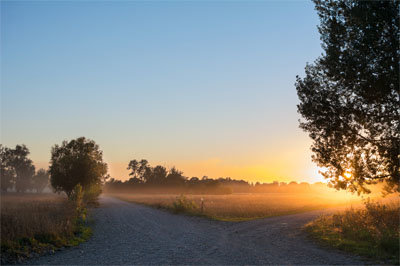 In the beginning man fellowshipped with God, food was readily available, the garden was beautiful, pain was unknown, and life was good. What happened? Through a simple observation of today’s world we see that something went dramatically wrong.

If God’s design was perfect, why is there pain, sickness, death, broken relationships, terrorists, rapists, thieves, floods, storms, hunger, earthquakes, weeds, draughts, briers, and so much trouble? The answer is clear and certain, SIN! When SIN entered the world it messed up everything. Satan is in a war with God and we are merely pawns in the battle. God loves each of us passionately and personally. He created us for His pleasure. If Satan can ruin what God loves (us) then he has made a major strike at God.

When Satan entered God’s creation as a beautiful serpent (remember there was no fear in God’s prefect creation), he was able to tempt and trap Eve in his web of deceit. He appealed to her by telling her that if she did what God had told them not to, eat the forbidden fruit, that she would be “like God." In reality she was more like God before she ate than mankind has ever been since. As she SINNED, by disobeying God’s command, SIN entered the world.

When SIN entered the world everything changed. Man and woman noticing their nakedness is an indicator of the dramatic changes. Lust, shame, guilt, and pride began to dominate man’s action. The age of innocence was gone. Man’s attempt to cover up his sin with the fig leaf wardrobe could have been a clue to how man handles sin in the flesh today. We attempt to hide, cover-up, blame, or make excuses for our sins.

When God came to fellowship with man after man had sinned, Adam didn’t show up. He could not hide from God and neither can we. When God asked, “Where are you?” our omnipotent father knew where Adam was, he was a long way from the man he was the day before.

Adam said, “I was afraid…” Fear was one of many new emotions that Adam was experiencing, especially was it significant that he was fearful of being in the presence of God naked.

God cursed the serpent form that Satan had used and no longer would he be the beautiful creature that beguiled Eve, but rather would be more cursed than any of the other animals. Then he pronounced a future curse that many of us believe was a foreshadowing of things to come when He said, “I will put enmity between you and the woman, and between your seed and her seed …”

The serpent will one day be defeated. We can find comfort in the fact of his ultimate defeat and God’s ultimate victory. (Revelations 20:2)

God made new clothes for Adam and Eve from animals. This shedding of blood because of SIN begins the scarlet thread of blood’s connection with SIN that runs from Genesis through the Revelation. God’s holiness required the consequences for SIN, but God’s grace provided the clothing. Our never-changing God is holy and is love. His holiness must judge SIN and in His love He continues to love SINNERS.

We are all children of Adam. We are his descendants and we have inherited his SIN nature. We sin because we are sinners. We are born with a “bend to sin." We have to teach our children to do good and be good. The best of us can never reach back to the garden and obtain that state of perfection.

We experience the consequences of Adam’s SIN as we live in a fallen creation (cursed). The battle experience with “natural disasters” and the struggles we experience with relationships, war, and sickness are all part of the entry of SIN into the world.

The love that God has for us has provided a way to repair the broken relationship that SIN created between man and God. He has provided a means for us to have eternal fellowship with Him. He gave His “only begotten son" (Jesus) to redeem us. However, we still live in a fallen world and have do battle every day with the consequences of SIN.