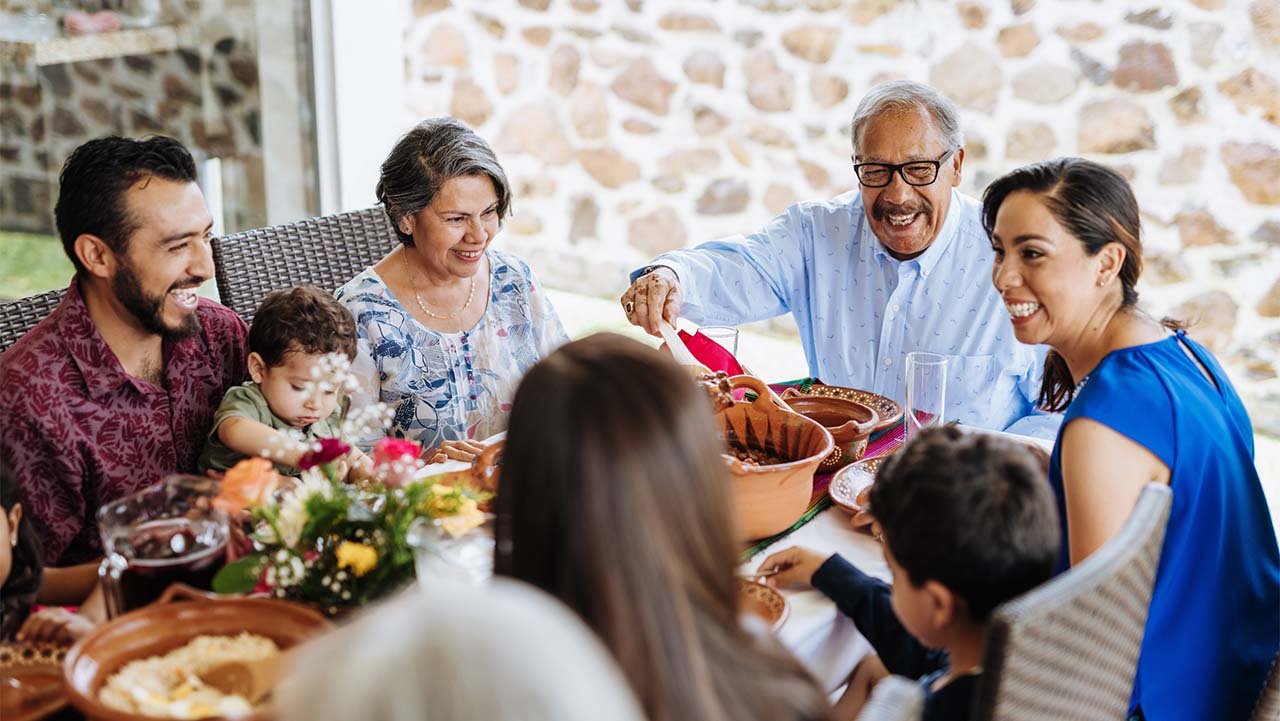 In the fifth of the Ten Commandments, the Lord said, “Honor your father and your mother so that you may have a long life in the land that the Lord your God is giving you” (Exodus 20:12). Interestingly, the command was grouped with the first four commands that dealt with one’s obligations to the Lord.

One’s relationship to his or her parents is of utmost importance! This is seen through the way in which parent/child dynamics are often used as a metaphor for the Lord’s interaction with His people. Did not our Lord teach us to pray, “Our Father in Heaven…" (Matthew 6:9)?

In God’s eyes, the bond between mom, dad, and children is a special one. It is a part of the fabric that holds society together, and it is an expression of His love for all of humanity.

Unfortunately, many undermine the blessed nature of the home and they deny the importance of honoring parents. The fast and furious, money-hungry, and me-centered approach to life in the modern world has made many cold toward their families. Scripture has prophesied that such lovelessness will be a hallmark of the end times.

Paul said, “But know this: Hard times will come in the last days. For people will be lovers of self, lovers of money, boastful, proud, demeaning, disobedient to parents, ungrateful, unholy, unloving…” (2 Timothy 3:1-3). The word translated “unloving” is one that was used in the first century of the type of love exhibited amongst family members. It is the Greek word from which we get our word “stork,” the moniker used of the bird that is often fictitiously depicted as delivering babies.

Given the fact that a lack of family love will permeate the last days, it is important for Christians to be on guard. We must be prepared to be faithful to God’s Law. If we fall into the habits and sin of the lost culture around us, we will be of little use as witnesses for Christ. However, if we pursue faithfulness to the Lord’s plans, we can shine as bright lights for His glory. How can we honor our parents and have the family type of love that will make Christ known? Consider four actions we can take.

Jesus has told us to “honor” our parents (Matthew 15:4). Many fail in this endeavor because they don’t grasp what’s involved in such an action. When the New Testament calls us to honor our parents, it uses a Greek verb that was used in the ancient world of a merchant setting a price for his or her goods. The term meant “to prize” or “to value.” Seen in this way, honoring one’s parents involves holding them in high regard and placing importance on the parent/child relationship. If you want to fulfill God’s commands, chose to make your parents a priority in your life.

In His writings, Paul was quick to point out that the fifth commandment was the only one of the ten that contained a promise built into it (Ephesians 6:2). When the Lord initially gave the command, He promised those who obeyed it would “have a long life in the land that the Lord” gave to the Israelites (Exodus 20:12).

Though the promise was originally intended for Jews living in Canaan, the principle associated with the promise holds true to this day. Great blessing comes our way when we show healthy regard toward our parents.

If anything, our mere example of modeling such behavior pays dividends in our relationship with our own children. As they see our example, they will be more prone to honor us when we become aged. The Bible promises bountiful blessings for all who obey God’s Law in this matter (Proverbs 1:8-9 and 3:1-2).

There are certainly parents who are dishonorable. Such realities do not nullify the Lord’s commands.

Think about the Scriptural case study concerning the relationship between Absalom and David. The former was incited to oust his father as king because his dad didn’t give him the attention he desired (2 Samuel 14:24), and because his dad failed to provide healthy leadership of the family (2 Samuel 13:21-25). Absalom did not honor his father; as a result, his life was cut short (2 Samuel 18:33). Tragedy could have been averted if the younger would have chosen to give grace for his father’s failure. The same may be true in your life.

If you want to fulfill the Lord’s commands, you may have to overlook a lot of blunders. Remember, no one is perfect (James 3:2) and true love “believes all things, bears all things, hopes all things, endures all things” (1 Corinthians 13:7).

Faithfulness to God’s Law does not require that we submit ourselves to sin (Acts 5:29). Instances of abuse should change what it looks like for us to fulfill the fifth commandment. We can honor our parents without condoning unjust beliefs and behaviors. We can have healthy regard for them, even while keeping our proverbial distance. Some parents embrace an unhealthy mentality of role reversal in which they expect their kids to care for them in either an emotional or financial sense, or both. God’s commands don’t require us to succumb to such codependency.

Remember the example of Jesus who “would not entrust himself to” some men “since he knew them all” (John 2:24). If you want to healthily honor your parents, you may have to learn how to erect some healthy boundaries to guard yourself against ungodly abuse and/or unrealistic expectations. In the end, such tough love may be the most honorable thing one can do, as it may be used by the Lord to bring a person to repentance.