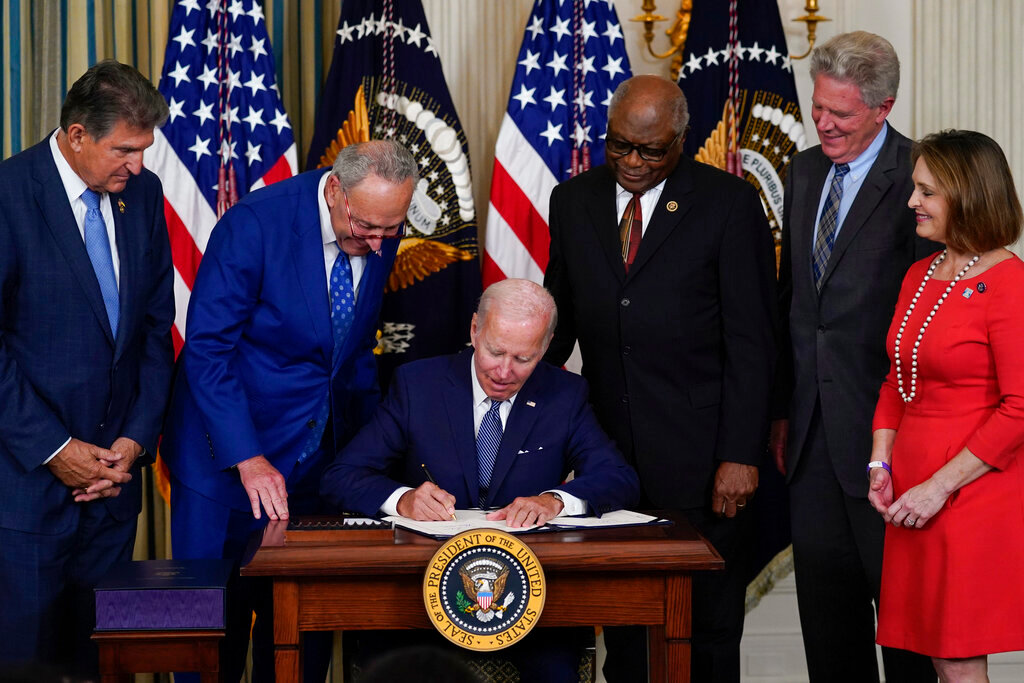 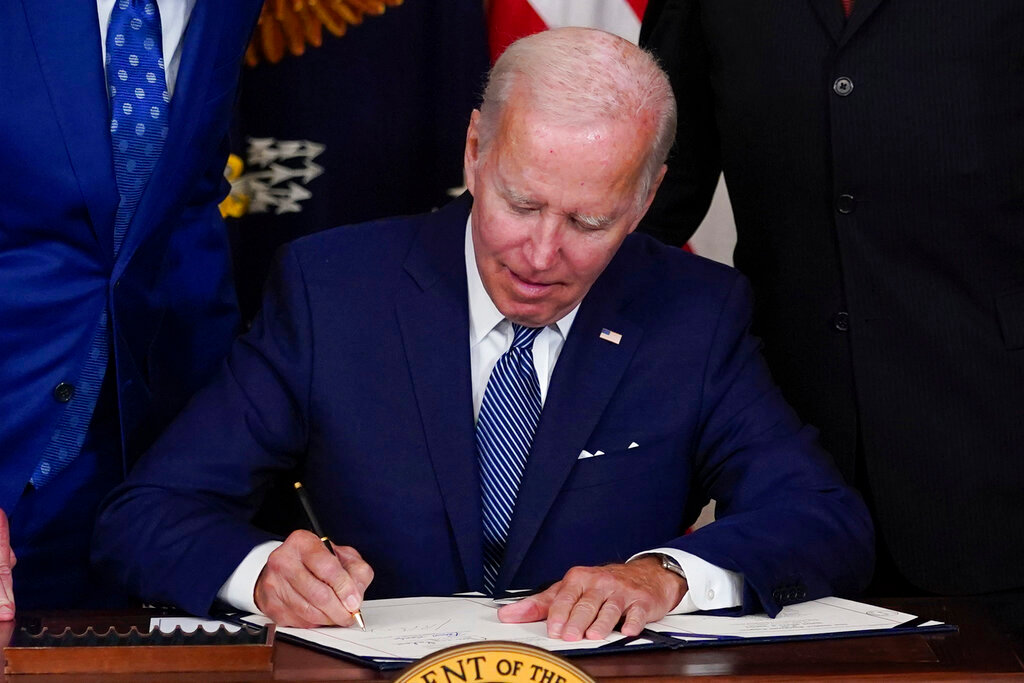 WASHINGTON (AP) — President Joe Biden signed Democrats’ landmark climate change and health care bill into law on Tuesday, delivering what he has called the “final piece” of his pared-down domestic agenda, as he aims to boost his party’s standing with voters less than three months before the midterm elections.

The legislation includes the most substantial federal investment in history to fight climate change — some $375 billion over the decade — and would cap prescription drug costs at $2,000 out-of-pocket annually for Medicare recipients. It also would help an estimated 13 million Americans pay for health care insurance by extending subsidies provided during the coronavirus pandemic.

The measure is paid for by new taxes on large companies and stepped-up IRS enforcement of wealthy individuals and entities, with additional funds going to reduce the federal deficit.

The House on Friday approved the measure on a party-line 220-207 vote. It passed the Senate days earlier with Vice President Kamala Harris breaking a 50-50 tie in that chamber.

Biden signed the bill into law during a small ceremony in the State Dining Room of the White House, sandwiched between his return from a six-day beachside vacation in South Carolina and his departure for his home in Wilmington, Del.

The signing caps a spurt of legislative productivity for Biden and Congress, who in three months have approved legislation on veterans’ benefits, the semiconductor industry and gun checks for young buyers. The president and lawmakers have also responded to Russia's invasion of Ukraine and overwhelmingly supported NATO membership for Sweden and Finland.

With Biden’s approval rating lagging, Democrats are hoping that the string of successes will jump-start their chances of maintaining control in Washington in the November midterms. The 79-year-old president aims to restore his own standing with voters as he contemplates a reelection bid.

Biden plans to hold a Cabinet meeting to discuss how to implement the new climate and health care law.

Republicans say the legislation’s new business taxes will increase prices, worsening the nation’s bout with its highest inflation since 1981. Though Democrats have labeled the measure the Inflation Reduction Act, nonpartisan analysts say it will have a barely perceptible impact on prices.

The measure is a slimmed-down version of the more ambitious plan to supercharge environment and social programs that Biden and his party unveiled early last year.

Though the law is considerably smaller than their initial ambitions, Biden and Democrats are hailing the legislation as a once-in-a-generation investment in addressing the long-term effects of climate change, as well as drought in the nation’s West.

Another $64 billion would help 13 million people pay premiums over the next three years for privately bought health insurance under the Affordable Care Act. Medicare would gain the power to negotiate its costs for pharmaceuticals, initially in 2026 for only 10 drugs. Medicare beneficiaries’ out-of-pocket prescription costs would be limited to $2,000 annually starting in 2025, and beginning next year would pay no more than $35 monthly for insulin, the costly diabetes drug.