Blatter and Platini acquitted on charges of defrauding FIFA 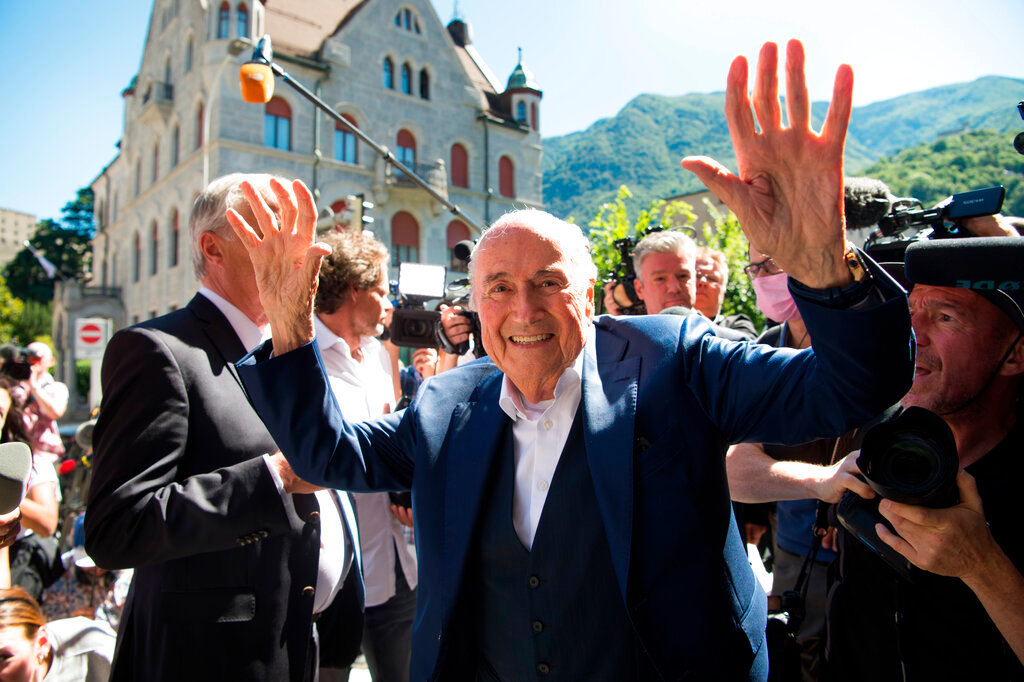 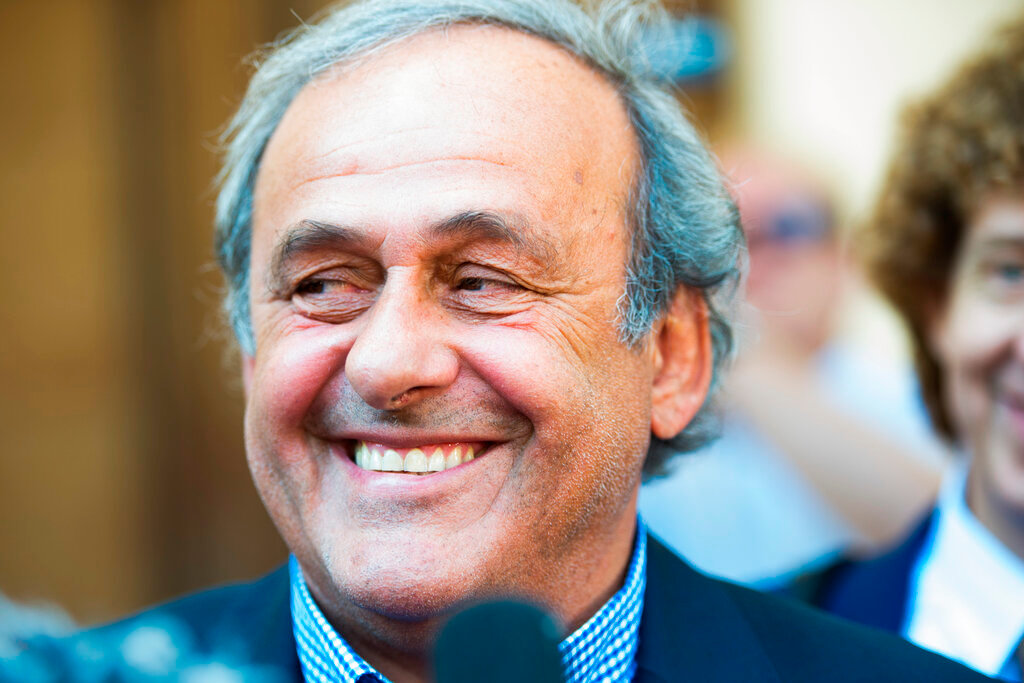 BELLINZONA, Switzerland (AP) — Sepp Blatter and Michel Platini were acquitted on charges of defrauding FIFA by a Swiss criminal court on Friday, a rare positive outcome for the pair who were among soccer’s most powerful figures before being embroiled in corruption investigations.

The case was centered around a $2 million payment from FIFA to Platini with Blatter’s approval in 2011, for work done a decade earlier. The verdict followed an 11-day trial last month at the Federal Criminal Court of Switzerland in Bellinzona.

“First of all, I have to say that I’m very happy man,” the 86-year-old Blatter told reporters on the courthouse steps. “I am a happy man because I also have to express thanks to the court today, to this city, for people in the court, the way they have analyzed the situation and they have explained why both of us we haven’t done anything.”

Swiss prosecutor Thomas Hildbrand had requested a 20-month suspended sentence for both Blatter and Platini. Instead both were cleared and were also awarded a sum for costs during the trial, while Blatter also received $20,500 compensation for being morally wronged, the court said.

Blatter and Platini sat quietly at separate tables with their lawyers while the verdict was announced. Later, there was a burst of applause from the small public audience as both men started to walk out of the courtroom, after a brief conversation with each other and an exchange of wry smiles.

“Following the decision of the judges of the Court of Bellinzona, this morning, I wanted to express my happiness for all my loved ones that justice has finally been done after seven years of lies and manipulation,” Platini said. “The truth has come to light during this trial.”

“I kept saying it: my fight is a fight against injustice. I won a first game. In this case, there are culprits who did not appear during this trial. Let them count on me, we will meet again. Because I will not give up and I will go all the way in my quest for truth.”

Blatter announced his plan in June 2015 to resign early as president, in the fallout from a sprawling American corruption investigation. Less than four months later, a separate but cooperating case by Swiss prosecutors led to the Platini payment being investigated.

The fallout removed Blatter from office but also ended Platini’s campaign to succeed his former mentor and saw the French soccer great removed as president of UEFA, the governing body of European soccer.

“Believe me, going from being a legend of world soccer to a devil is very difficult, especially when it comes to you in a totally unfair way,” Platini added.

Both Blatter and Platini have long denied wrongdoing and claim they had a verbal deal in 1998 for Platini to get extra salary that FIFA could not pay at the time. Platini signed a contract in August 1999 to be paid $300,000 annually.

That defense first failed with judges at the FIFA ethics committee, which banned them from soccer, and later in separate appeals at the Court of Arbitration for Sport.

Platini finally got a legal victory in the first criminal case after losses in five civil courts, including at the European Court of Human Rights.

His ban by FIFA for unethical conduct expired in October 2021 and Friday’s verdict should clear the way for Platini to return to work in soccer.

“I don’t know. I am so young, I have time in front of me,” said the 67-year-old Platini, when asked if his time in soccer was over.

Platini did not identify current FIFA president Gianni Infantino though it seemed clear he was one of the “culprits” referred to.

Infantino was the UEFA general secretary for six years under Platini and won the FIFA presidency in a February 2016 election as an emergency candidate after his boss was implicated in the criminal investigation. Platini has long claimed to be victim of a conspiracy to deny him the FIFA top job and filed a criminal complaint against Infantino and others in France last year.

Infantino faces re-election next March and Platini could yet try to challenge for a job he often described as a destiny for him. However, he laughed loudly when asked if he would run for the presidency.

Infantino faces his own legal jeopardy in a separate investigation by Swiss special prosecutors of his undisclosed meetings about the FIFA cases in 2016 and 2017 with former attorney general Michael Lauber.

He is also a suspect in a separate Swiss criminal proceedings — also led by prosecutor Hildbrand — probing $1 million paid by FIFA in 2010 to the Trinidad and Tobago soccer federation controlled then by now-disgraced soccer official Jack Warner.