Bob Reccord speaks out on 'life' 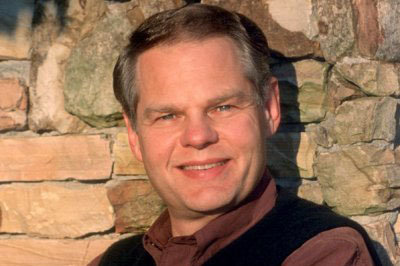 ATLANTA — Bob Reccord, former president of the North American Mission Board and founder and chairman of Total Life Impact Ministries, was the speaker for the Georgia Right to Life banquet this past autumn.

The report on this banquet was delayed for the purpose of synchronizing Reccord’s message with the 45th anniversary of the Supreme Court Roe vs. Wade case. Although advocates of right-to-life issues deplore the court’s decision more than four decades ago there is also reason to celebrate this year’s anniversary, because the past year marks the lowest number of legal abortions since that infamous decision in January 1973.

Reccord started his address by providing good news to those gathered for the banquet at the Cobb Energy Centre near Cumberland Mall in North Atlanta. He stated, “In 1991 there were 2,176 abortion clinics in the United States; today there are 729, which is a 67 percent reduction overall. It is also true that pregnancy resource centers outnumber abortion clinics five to one.

“It is also extremely encouraging that the new administration in Washington has re-instituted the Mexico City Policy that stipulates that foreign aid from this country cannot be used to promote or perform abortions by non-government agencies anywhere in this world. We can also celebrate the addition of Neil Gorsuch as an associate justice to the Supreme Court.

Reccord indicated that some years ago he was listening to the radio in his automobile and heard two contrasting announcements. The first announcement heralded the birth of the 300 millionth child born in the United States. The same news broadcast explained that the Supreme Court had refused to revisit the Doe v. Bolton decision, which essentially made abortion legal for practically any reason at all.

“We celebrated the birth of a child and on the same day legalized abortion almost without restrictions. How crazy is that?” Reccord asked. “How did we move from sanity to insanity in this country?”

To answer his own question, the speaker pointed to a rising political leader from decades past. Some of the religious leaders in that nation became concerned not so much about what the charismatic leader said, but about what he was not saying.

Reccord stated, “One of the pastors, Martin Niemoller, asked, ‘Herr Hitler, We have concerns about state subsidies for religions, about tax issues and religious freedom, but our primary interest is in the soul of the nation.’

“Hitler responded, ‘As for the soul of the nation – you can trust that to me.’”

Reccord added, “Six million slaughtered Jews later the world saw clearly that no nation can trust its soul into the hands of any single man or woman - or small group for that matter.

“I thank God that I live in a nation whose founders and forefathers established a government of the people, by the people, and for the people.

“So, since the Roe vs. Wade decision in 1973 we have seen millions of babies killed in the womb. And to put that in context, we have had 46 times more abortions than the sum total of all Americans that died in combat or related causes in all our nation’s wars beginning with the Revolutionary War.

“It is estimated that one out of every four conceptions in the U.S. are aborted. It would take 571 Hiroshima/Nagasaki-type atomic bombs to kill as many as Roe vs. Wade and Doe vs. Bolton has killed.”

The nation God will bless

Reccord continued, “The nation whose God is the Lord is the nation that God will bless according to the Bible. You see, when God created man, He gave to Adam and Eve the ‘imago dei,' the image of God, or the personification of who God is; and that refers to every phase of life from conception to natural death. That is personhood in its essence.

“Everybody here started as a fertilized egg with everything that was needed to produce a living, viable human. That is a miracle!

“By the fifteenth day the heart is forming and the eyes are developing. By the 21st day the heart begins to beat. By the 35th day the mouth and eyes are forming. By the 42nd day the skeleton is already taking shape; and by day 43, brain waves are detected.

“By the eighth week every organ is present and the baby in the womb can respond to touch stimulus; and finger prints are already beginning to appear. By the fourth month that baby can grasp and swim and, to the mother’s dismay, even turn somersaults.

“No wonder Psalm 139 says, ‘We are fearfully and wonderfully made. My frame was not hidden from you, when I was being made in secret ... Your eyes saw my unformed substance: in your book were written, every one of them, the days that were formed for me, when as yet there was none of them.’”

Reccord gave biblical illustrations from Jeremiah 1:5, Luke 1:39-45, and Galatians 1:15 to highlight the importance of life in the womb.

He explained, “In America we have aborted over 60 million babies. Let me put that in context. If you take the vast metropolitan areas of Los Angeles, Chicago, Dallas, Houston, Miami, Washington, Boston, Phoenix, and Atlanta, including all their surrounding cities and suburbs, it would take all that to have 60 million people.

“It is estimated that there are 3,500 abortions a day. That is the equivalent of 70 school buses filled with children every day that never make it to the gate called life.”

Reccord then drew a biblical illustration that would make great sermon material. He said, “We stand as a culture in the sandals of something in the Old Testament that God condemned.

“When the Israelites, God’s chosen people were going into the promise land, God said to them: When you cross the Jordan River into the land of Canaan, you must drive out all the people living there. You must destroy all their carved and molten images and demolish all their pagan shrines ... But if you fail to drive out the people who live in the land, those who remain will be like splinters in your eyes and thorns in your sides. They will harass you in the land where you live’” (Numbers 33: 51-55).

Reccord added, “God said, ‘You need to drive out the Canaanites? Why? Because he understood human nature; and He knew that if you put something in an environment long enough, the environment begins to affect what’s in it.”

“Israel’s enemies in Canaan were the Moabites and the Ammonites," he continued. "Do you know where they came from? They were descendants from Lot. When God told Lot and his family to get out of Sodom and Gomorrah, he and his daughters got out, but his wife looked back and died. Lot’s daughters felt that the only way to preserve their lineage was to get their father drunk and have an incestuous relationship with him.

“Archeologists,” testified Reccord, “have discovered that the Israelites began to do the same thing. How could Israel, God’s chosen people, do that? The answer – because they failed to drive out of the land of Canaan the people that negatively influenced them. It reached its pinnacle with King Solomon, who started so well, but ended so tragically, married 700 wives, some of them came from the Ammonites and Moabites.

“In I Kings 11 the Bible says, ‘So, Solomon did what was evil in the sight of the Lord, and did not completely follow the Lord, as his father David had done. Then Solomon built a high place for Chemosh, the abomination of Moab, and for Moloch, the abomination of the Ammonites, on the mountain east of Jerusalem. He did the same for all of his foreign wives, who offered incense and sacrifice to their gods.’ This speaks of how God’s heart broke and judgment fell on Israel."

“Today,” stated Reccord, “we do not see people offering their children to Moloch or Chemosh, but they give up their children to the idols of convenience, their personal rights and money – saying, ‘It costs too much to have a child.’”

Before concluding his message Reccord gave a clarion call, emphasizing that God has promised forgiveness and grace to those who may have had an abortion or been engaged in the facilitation of abortions. He added, “Christ, our Lord, has given us a message of hope. We must offer that hope to a lost and dying world; and we must take a stand against the culture of death that is taking place in our nation today.”

It was a powerful message delivered with clarity and passion. It will be long remembered by those who were present at the Cobb Energy Centre that inspiring evening.