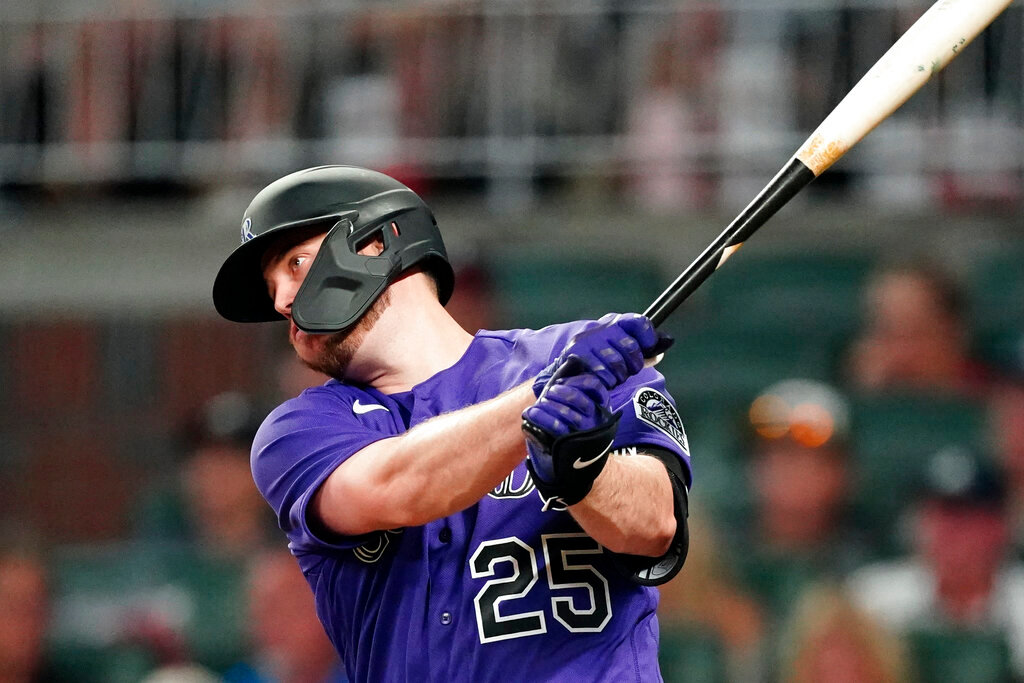 Colorado Rockies' C.J. Cron drives in a run with a base hit during the fourth inning against the Atlanta Braves on Tuesday, Aug. 30, 2022, in Atlanta. (AP Photo/John Bazemore) 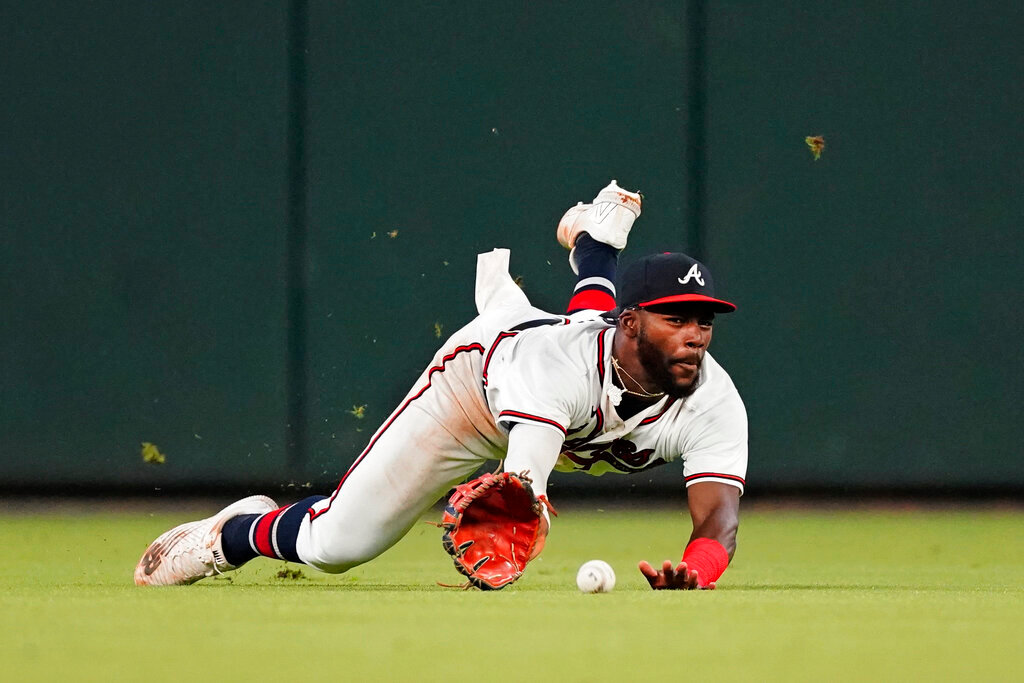 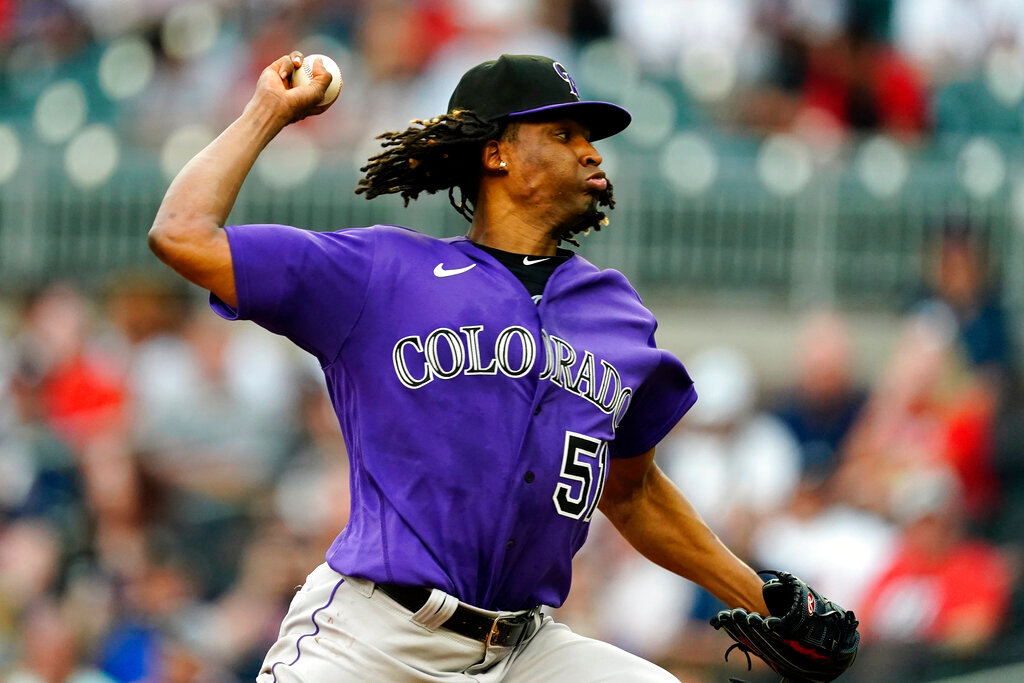 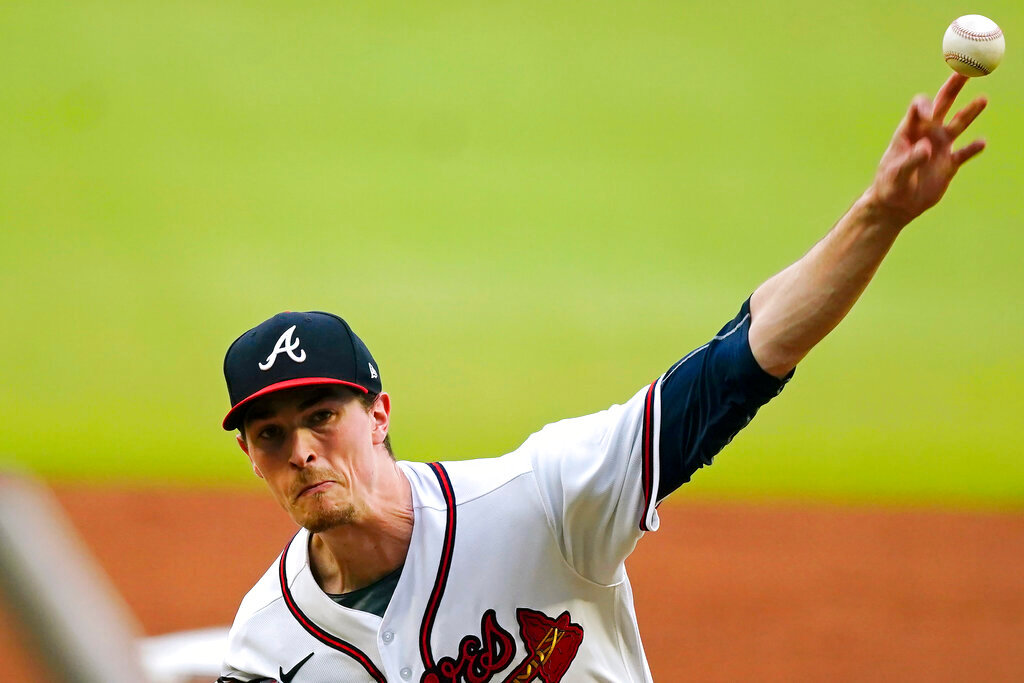 Since becoming a full-time starter in 2019, Fried has 50 wins — second-most in the majors to Yankees ace Gerrit Cole (53). He had a 2.12 ERA in his previous 11 starts, but the first-time All-Star wasn’t his usual sharp self.

“I definitely was grinding out there," Fried said. “I’m more frustrated that the guys came out and gave us a lead early and I gave it up. I wasn’t able to get it done and it wound up costing us the game."

Ureña (3-5) bounced back from a career-worst start to give up two runs and six hits with two walks and a season-high six strikeouts in five innings.

The defending World Series champion Braves, with the third-best record in the National League, remained three games behind the first-place New York Mets in the NL East.

Justin Lawrence faced the minimum in the sixth and four batters in the seventh for Colorado. Carlos Estévez pitched around two walks in the eighth, and Daniel Bard got three outs to earn his 28th save in 31 chances.

The Braves were 2 for 13 with runners in scoring position.

Colorado scored twice in the fourth to tie it when Brendan Rodgers tripled, Cron singled and Elehuris Montero doubled. Fried struck out Sean Bouchard with a runner at third to prevent further damage.

Fried ran into more trouble in the fifth. Garrett Hampson and Randal Grichuk singled before Fried committed a fielding error on José Iglesias’ tapper in front of the mound that loaded the bases with no outs. A groundout erased Hampson at the plate, but Cron’s RBI groundout put the Rockies up 3-2. Elias Díaz grounded out to end the inning with two runners in scoring position.

“I think it was just one of them days where he wasn’t hitting on all cylinders," Atlanta manager Brian Snitker said. “He kept us in the game. That’s the thing. You can expend a lot of energy in five innings, and it looked like it was kind of a grind for him, which is going to happen.

“Wish we could’ve gone out and scored five or six runs for him and he would’ve gotten through. You’re not going to feel great all the time."

Ureña, who gave up nine runs and nine hits in a 16-4 loss against Texas last Wednesday, walked Austin Riley and Matt Olson to load the bases in the first but struck out Travis d’Arnaud and Eddie Rosario to escape the jam.

“We tried to be careful and aware, even when we get a man in scoring position," Ureña said. “We tried to make quality pitches to navigate a big lineup like that."

The right-hander wasn’t so fortunate in the second as Vaughn Grissom reached on an infield single, stole second and scored on Dansby Swanson’s double. The Braves made it 2-0 in the third on doubles by Riley and Rosario.

“I think we made some pitches when we really needed to," Colorado manager Bud Black said. “That's what it takes to win a game like this."

The Rockies are 20-42 away from Coors Field. They began the night with the worst road winning percentage in the majors.