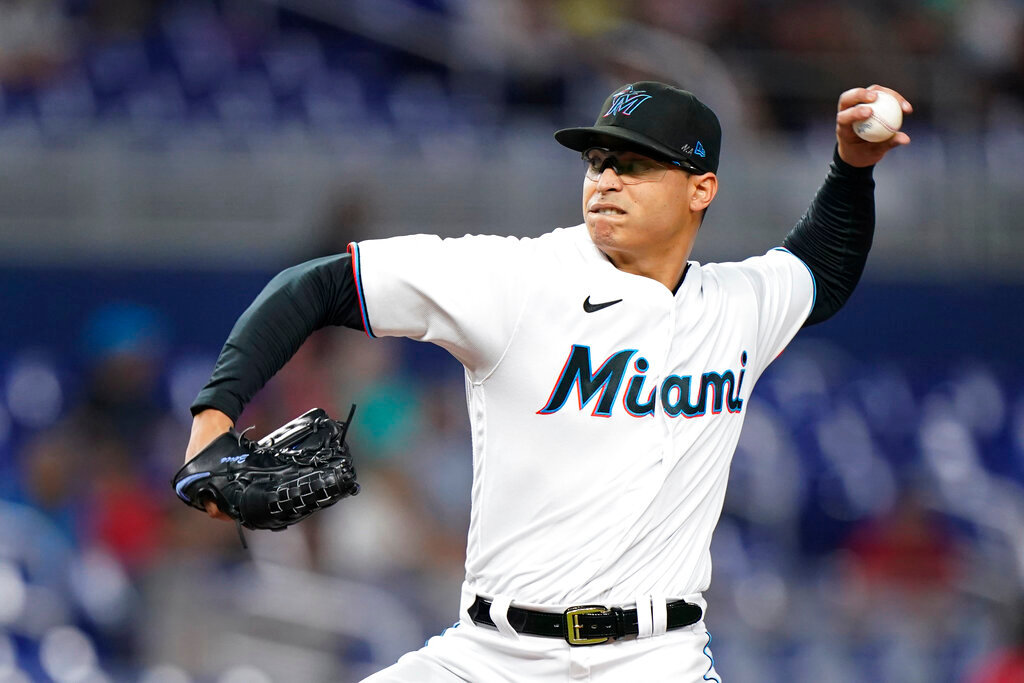 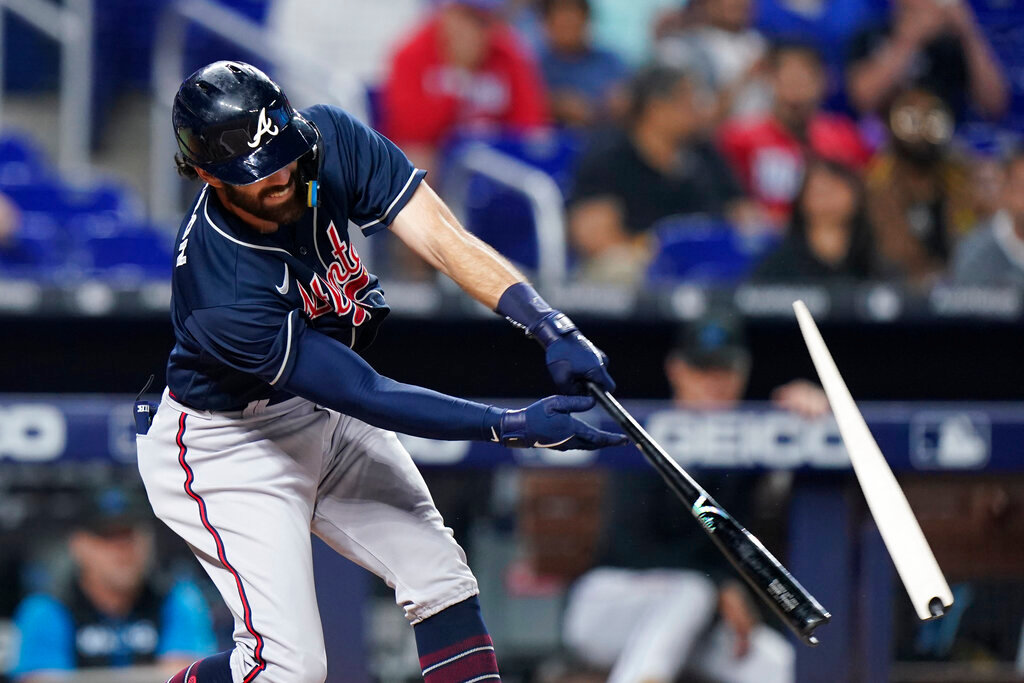 Atlanta Braves' Dansby Swanson breaks his bat as he gets a base hit during the first inning against the Miami Marlins, Monday, Oct. 3, 2022, in Miami. (AP Photo/Wilfredo Lee)
Previous Next
Posted Tuesday, October 4, 2022 9:01 am

After sweeping the rival Mets at home over the weekend, Atlanta arrived in Miami needing one win or a New York loss to wrap up the division crown and a first-round playoff bye.

But the Braves were unable to solve Luzardo or slow De La Cruz — and the Mets were rained out at home against Washington. New York is 1 1/2 games behind Atlanta heading into Tuesday's doubleheader versus the last-place Nationals, while the Braves will play the second of three games at fourth-place Miami.

Dansby Swanson had two of Atlanta's four hits, all off Luzardo (4-7). Braves sluggers Austin Riley and Matt Olson struck out three times each against the left-hander, who walked one in his first win since Aug. 7.

De La Cruz also doubled and singled for the Marlins. Jesús Sánchez doubled twice and singled as Miami snapped an eight-game losing streak to the Braves.

Atlanta starter Bryce Elder, who threw a shutout against Washington in his previous outing, was lifted after giving up four runs in five innings. Elder (2-4) allowed six hits, walked one and struck out five.

Swanson doubled leading off the sixth before Luzardo fanned Michael Harris II, Riley and Olson. It was Atlanta’s final hit, as relievers Jeff Brigham, Bryan Hoeing and Richard Bleier each tossed a perfect inning for Miami.

Run-scoring doubles from De La Cruz and Sánchez in the first gave the Marlins a 2-0 lead.

De La Cruz’s two-run shot in the third made it 4-0. The second-year outfielder drove Elder’s sinker over the wall in center for his 13th homer this season.