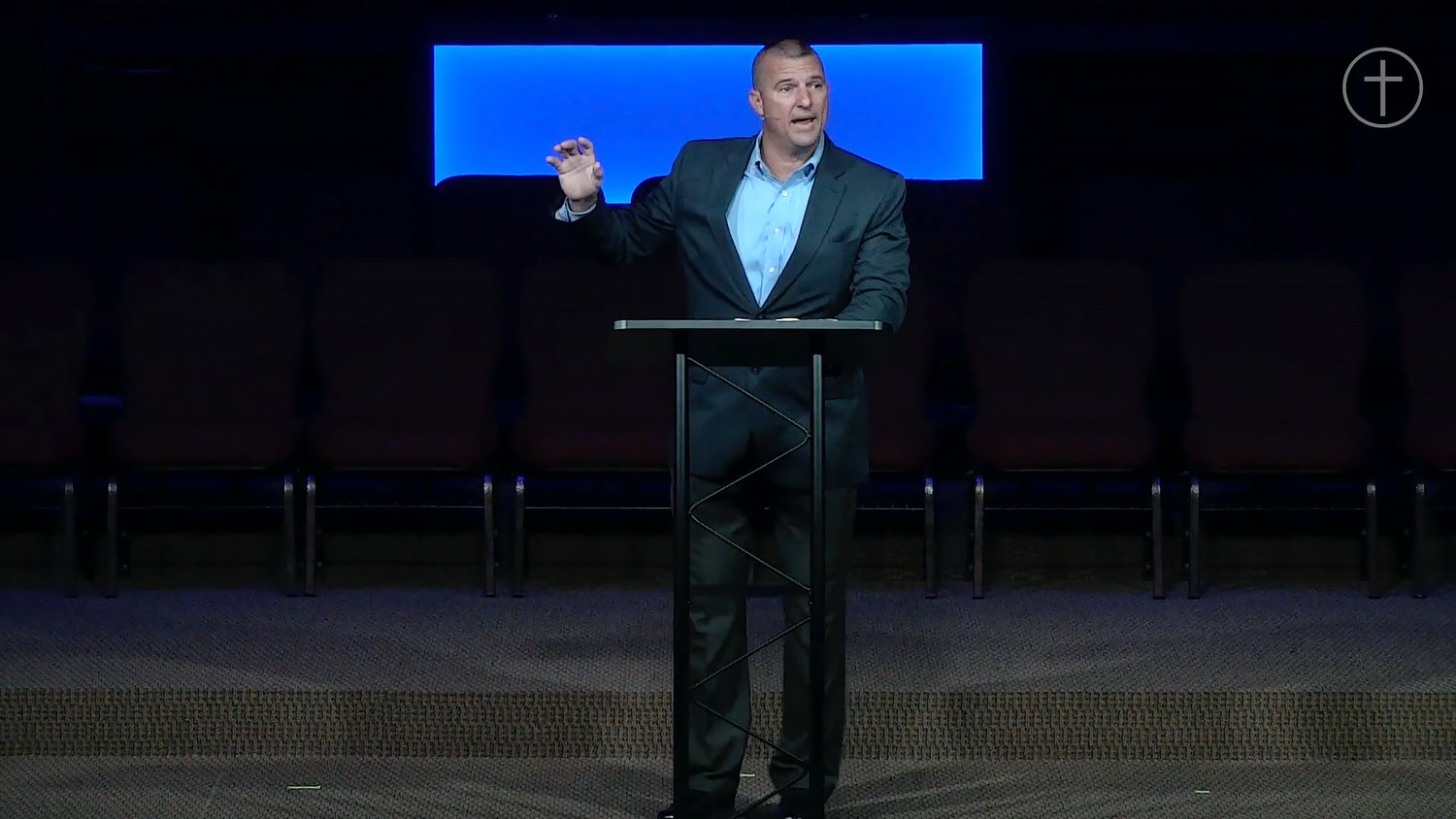 LAWRENCEVILLE, Ga. – One of the top elected leaders of the Georgia Baptist Convention has challenged pastors to set the standard for their congregations when it comes to leading people to Christ.

“If we’re going to see Georgia won for Christ, it’s going to begin in the pulpits,” said Brian Parker, pastor at First Baptist Church of Kingsland on Georgia’s southeast coast and fourth vice president of the state convention. “We have got to be the examples.”

Parker pointed to statistics that showed two-thirds of Georgia churches had no baptisms in 2020.

In speaking to pastors gathered at North Metro Baptist Church in Lawrenceville for an Executive Committee meeting on Tuesday, Parker pointed to World War II medic Desmond Doss whose courage shined during the Battle of Okinawa. A 2016 movie had focused renewed attention on Doss, the first man in American history to win the Congressional Medal of Honor without firing a shot. He rescued 75 wounded soldiers in one night on Okinawa’s Hacksaw Ridge.

Parker delivered those challenging words in a devotion based on Matthew 28:16-20 in which Jesus had called his disciples together to deliver the Great Commission to go and make disciples of all nations.

“If you want to put this in modern day terms, ‘Get going, go, don’t just sit there,” he said. “To put it my language, ‘Do something.’ Could it be that we as pastors have been sitting at our desks reading and studying and not going. Dare I say, we need less studying and more going. We know enough. We know the gospel. How about we go do something with it?”

On the bright side, Georgia has been seeing signs of spiritual renewal over the past year with news reports showing what denominational leaders hope could be the start of revival in the state. Churches have been seeing large numbers of salvation decisions. In some cases, more than 100 people have prayed to receive Christ in a single weekend, and commonly 10 to 20 or more professions of  faith have been made in evangelistic outreaches in recent months.

Georgia Baptist Convention President Kevin Williams, quoting an International Mission Board speaker, said, “The only thing stopping us from reaching the world is us.”

“You could accidentally lead someone to the Lord,” Williams quipped to the pastors in Lawrenceville. “It could happen. Just talk about Jesus.”