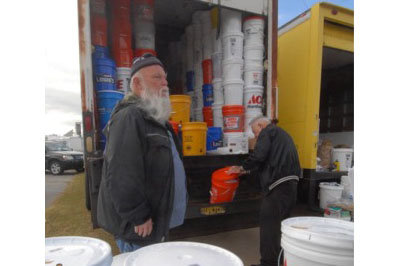 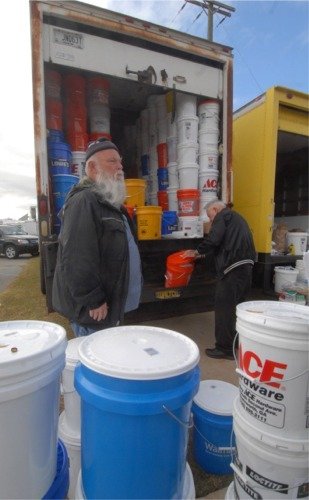 DR Coordinator Stuart Lang said the volunteers are still engaged in feeding, cleanup, and chaplaincy ministry and the Georgia Baptist presence is expected to remain on site through the end of the month.

The statewide appeal for the “Buckets of Care” – which included safety equipment, tools, and first aid items packed in a 5-gallon bucket – topped out at 1,331. The buckets also included evangelistic information. The day after the annual meeting closed, two trucks loaded with the buckets left the Baptist Missions and Ministry Center to be distributed by Southern Baptist disaster relief volunteers already working on site.

Georgia Baptists responded within days of the Oct. 29 “Superstorm” as it was called, sending two cleanup and recovery teams. On Nov. 7 GBC Executive Director J. Robert White issued a plea for 1,000 buckets to be brought to the annual convention meeting.

Afghan man charged in killing of 2 Muslims in Albuquerque