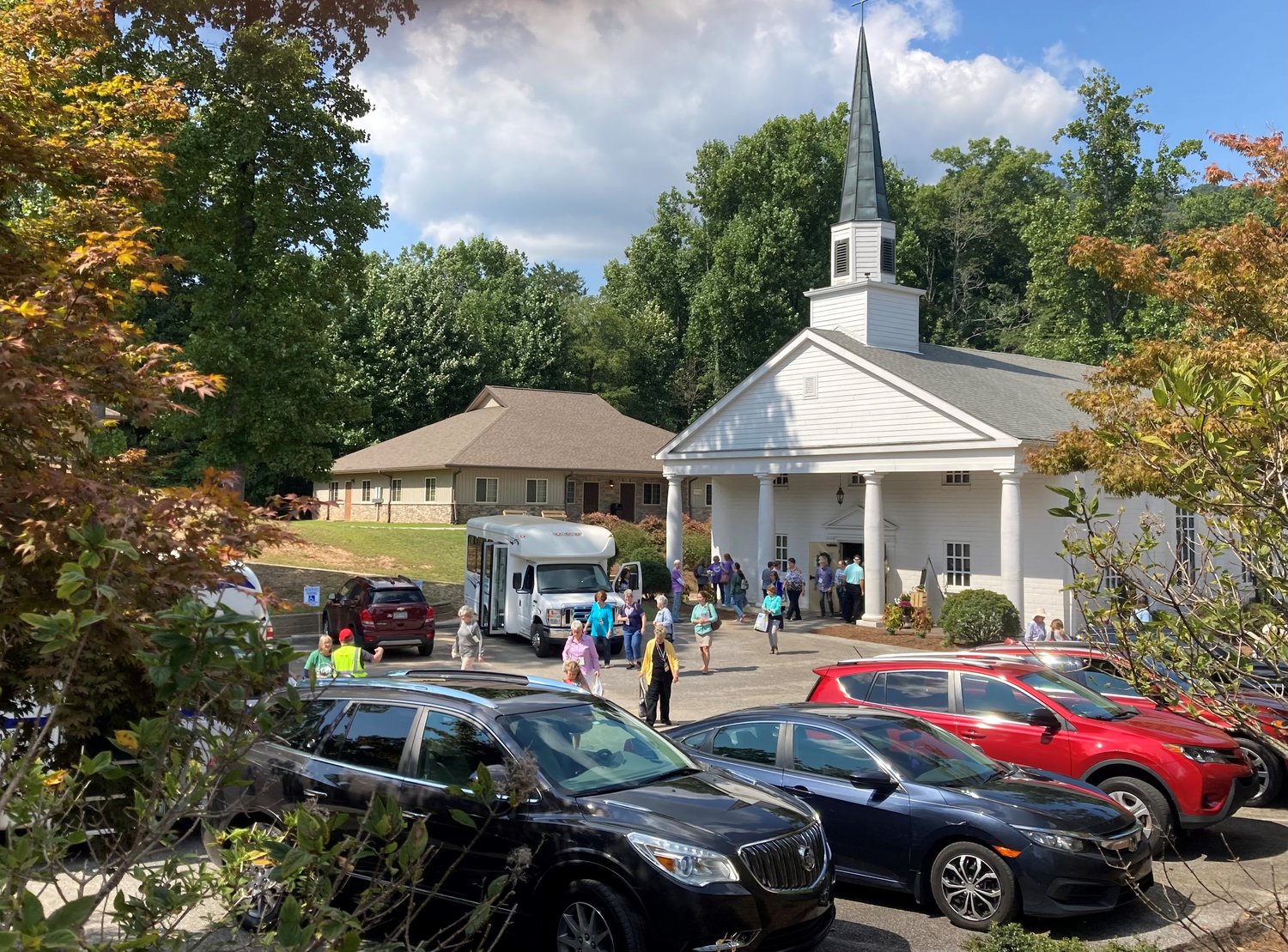 People gather at Camp Pinnacle for a 75th anniversary celebration on Saturday, September, 17, 2022. 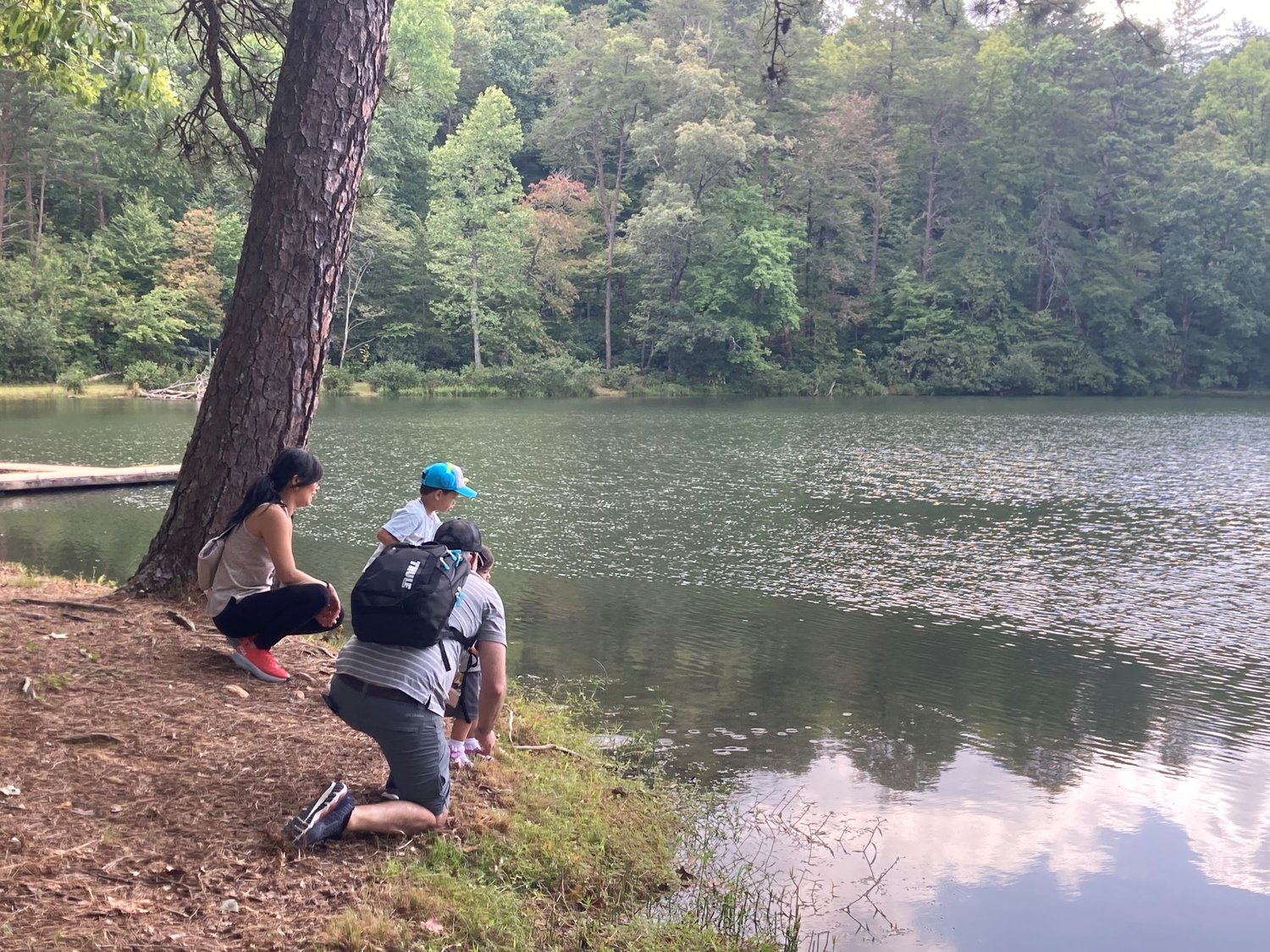 Jonas and Tabetha McCracken enjoy the lake at Camp Pinnacle with their children Oscar and Lulu on Saturday, September 17, 2022. 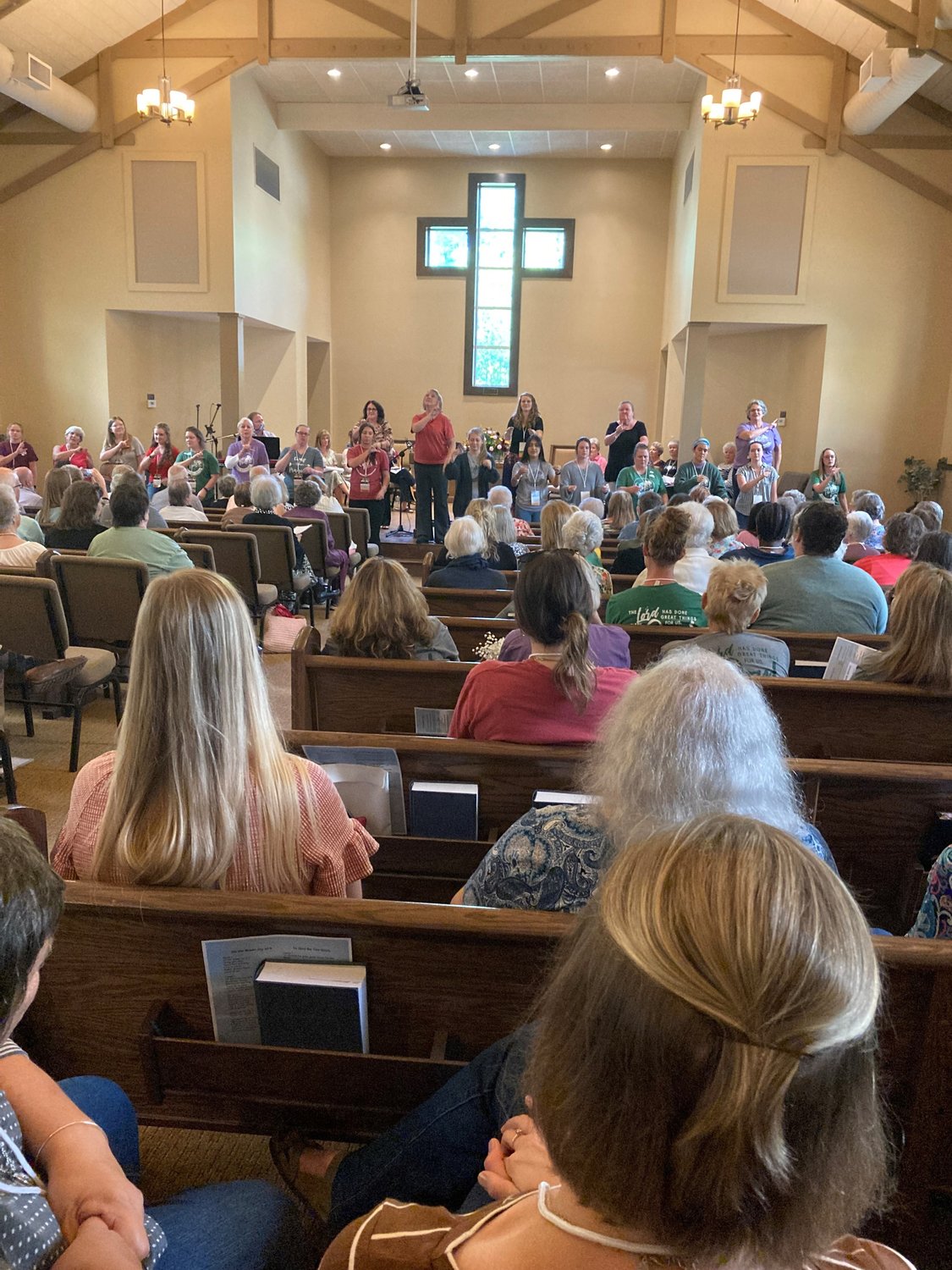 People worship in the chapel at Camp Pinnacle on Saturday, September 17, 2022. 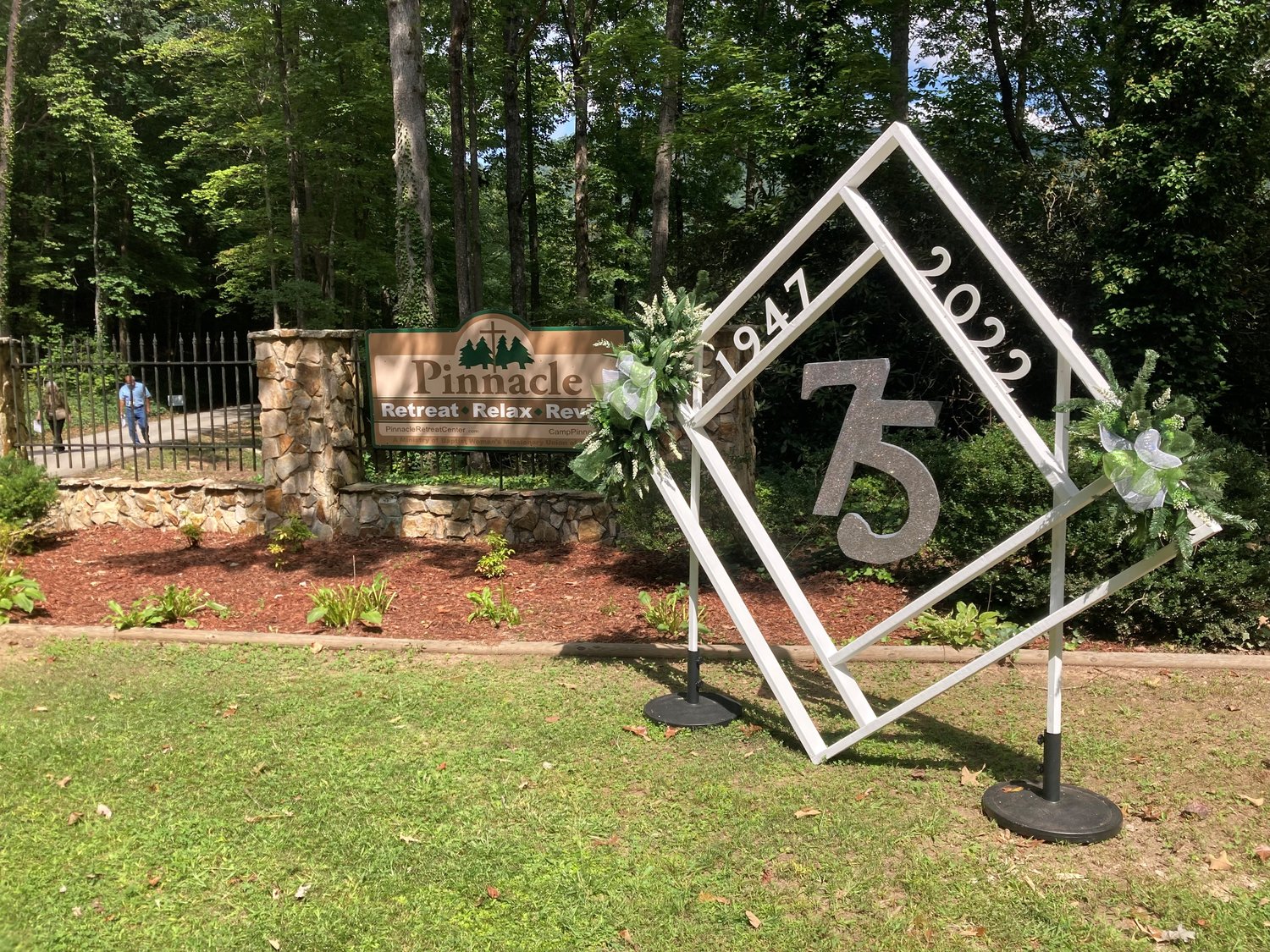 The entrance to Camp Pinnacle is decorated for the 75th anniversary celebration on Saturday, September 17, 2022.
Previous Next
Posted Sunday, September 18, 2022 2:26 pm
By ROGER ALFORD, The Christian Index

CLAYTON, Ga. – Surrounded by scenic mountains, Camp Pinnacle is a place of breathtaking natural beauty, but those who have spent time here over the years say it’s a spiritual element that truly sets the Appalachian getaway apart.

“It’s a place that we regard as holy because of our personal experiences with the living God on this hallowed ground,” said Barbara Curnutt, former executive director of the Baptist Woman’s Missionary Union of Georgia. “It’s a place that belongs to God.”

Nearly 300 people gathered here on Saturday to celebrate Camp Pinnacle’s 75th anniversary. For many of those people, this is where they were first introduced to Christ or where they surrendered their lives to become missionaries.

Since 1947, girls have been coming here for summer camps filled with worship, prayer and Bible studies, plus an assortment of outdoor activities, including hiking, swimming, kayaking.

Teresa Royall, Baptist Collegiate Ministry director at Georgia State University, found God’s call on her life while working as a camp counselor after her sophomore and junior years at North Georgia College.

“Camp Pinnacle really did change the course of my life in a very, very good direction,” Royall said. “I came here to serve the Lord, but what happened was He changed my life.”

This is where 85-year-old Sherill Williams Ragans became aware of the vast needs in a world beyond U.S. borders. She recounted Saturday that, as a little girl in the late 1940s, how she was mesmerized by the stories of international missionaries who came to Camp Pinnacle each year to teach during summer months.

Ragans, who retired as an associate vice president of student affairs at Florida State University, traveled from Tallahassee to attend the anniversary celebration of a camp that played a formational role in her life.

“I feel inspired by this property,” she said.

One woman who is preparing to deploy overseas as a missionary with the International Mission Board said she discovered her calling while serving as a counselor at Camp Pinnacle.

“It’s because of Camp Pinnacle that the trajectory of my life really changed,” said the woman whose identity was withheld because of security concerns in the undisclosed country where she will be serving.

Beth Ann Williams, a Georgia Baptist Mission Board strategist, said Camp Pinnacle, which is owned by the Woman’s Missionary Union, is an answer to prayer. In fact, Williams said, the women’s group prayed specifically for such a place more than two decades until, in 1943, a Rabun County property owner offered them 36 acres for $1.

They built a chapel and cabins and formally dedicated the property on June 8, 1947. They also hosted their first summer camp that year.

Camp Pinnacle has broadened its mission since then, now serving in a dual role as a year-round, modern, full-service retreat center that is used regularly for getaways and conferences by churches and non-profit organizations.

The organization kicked off a $10 million dollar capital campaign in 2003, adding seven new buildings. The historic Pinnacle Chapel was restored and upgraded in 2011, and the gym was upgraded in 2012.

Additional buildings are part of an overall master plan, and fundraising is underway for those.

The main building at the retreat center is a two-story lodge with 36 rooms, all of which have private baths. The dining hall in the lodge can accommodate 200 guests.

Six large cabins on the grounds have bedrooms on each side with a meeting room in the middle. Each cabin can accommodate 28 guests.

Heads nodded in agreement as Curnutt talked about the lifechanging impact Camp Pinnacle has had on thousands of people over the years.

“When I first stepped foot on the property, I sensed that it was hallowed ground,” Curnutt said. “It’s a place where God consistently throughout the years, even to this day, meets our needs exceedingly, abundantly beyond all we can ask for imagine.”

Curnutt said Camp Pinnacle has served as a place of sanctuary, refuge and retreat.

“Pinnacle is a place where we come to withdraw from the real world, from the noise and chaos, to retire into the quiet and uninterrupted peace and presence of God,” she said.

Curnutt said Camp Pinnacle also has served as a place of fellowship with likeminded people.

“This a place where lifelong friendships have been forged and renewed year after year,” she said. “I’m so grateful for the generations of women within the Pinnacle family who have sacrificed time, tireless energy, extravagant resources, and prayer to keep our summer missions camp alive and vibrant for future generations.”