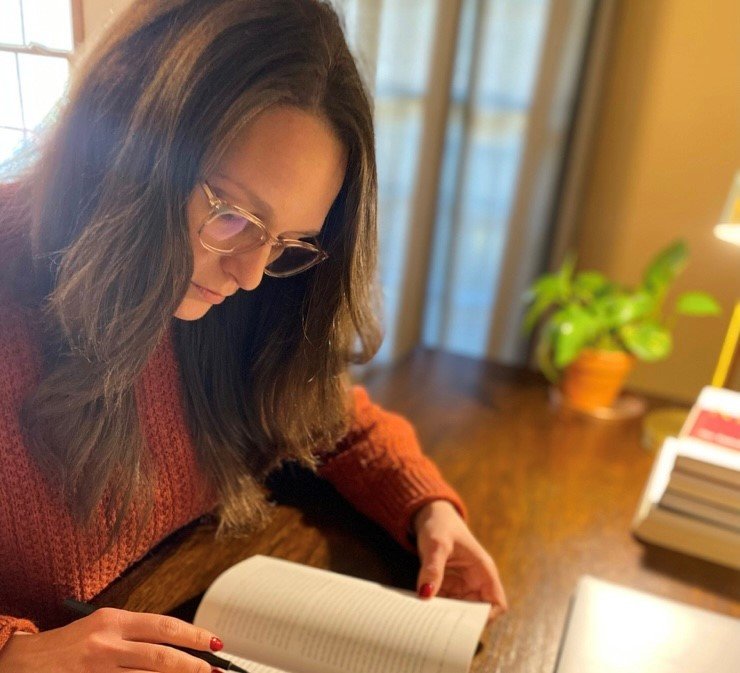 NASHVILLE (BP) – There had been existing policies at Megan Nauman’s church to prevent sexual abuse, but the Caring Well Challenge helped identify a predator in their midst, she said.

For a long time, the standards at Hunter First Baptist Church in Elizabethton, Tenn., reflected those of the vast majority of churches. Volunteers were mandated reporters of abuse, but little beyond that. At one point in First Baptist’s past, background checks were required, but not when Nauman reviewed the policies for herself.

As children’s director, she joined other church leaders to elevate abuse prevention in their mission. In October 2019, Nauman and her husband Steven, First Baptist’s pastor, attended the Caring Well Initiative conference in Dallas hosted by the Ethics & Religious Liberty Commission (ERLC).

The testimonies heard and materials received spurred Hunter First Baptist to become proactive in protecting the vulnerable. And that’s just what happened when those changes helped identify a predator before any acts of abuse could occur.

The actions of a visitor caused some red flags to go up among children’s ministry leaders, Nauman said. Those actions include continually asking to pick up children and going into secure areas before passing the mandated Caring Well training. Steps were taken to cut off access to children and eventually he was asked by leadership to cease visiting altogether.

Later, an investigator contacted the church to let them know the suspect had been arrested on abuse charges prior to his visiting Hunter First Baptist.

“The church is a place where we want to trust people,” Nauman said. “He was trying to take advantage of that.”

Since the launch of the Caring Well Challenge in August 2019, momentum has grown for the 12-month, eight-step process of “listening, learning, assessing and launching needed initiatives” to make churches safer against sexual abuse. In that time, more than 1,000 churches have participated and more than 4,100 churches assigned it to staff and volunteers through Lifeway’s Ministry Grid.

“The church should be known as a place that epitomizes the term ‘caring well’ and that’s exactly why the ERLC launched this initiative. We have sought to partner with, inform and serve our churches in an effort to ensure they can effectively minister to the survivor community and prevent abuse from occurring in their congregation,” Leatherwood said.

“We were mightily encouraged by the number of partnerships we saw with churches across the SBC during the initial launch phase and our hope is that many more churches will take the Caring Well Challenge in the coming year. We must continue confronting the abuse crisis and, in doing so, make our churches safe from abuse and safe for survivors.”

“It is critical that churches stay focused on being safe places within communities,” he said. “We must be diligent in staying up to date and informed. The Caring Well Challenge is not a one-time training; it must be an ongoing process in every congregation, every association and every state convention.”

In June, Southern Baptist messengers voted for an independent third-party investigation into allegations of mismanaging sexual abuse claims by the Executive Committee. In addition, Southern Baptists approved a sixth action step to Vision 2025 – to “prayerfully endeavor to eliminate all incidents of sexual abuse and racial discrimination among our churches.”

In its third meeting this fall on the issue, EC members voted to waive attorney-client privilege and approve a contract with Guidepost Solutions for the investigation.

While considering steps toward addressing sexual abuse, EC Vice President for Communications Jonathan Howe urged churches to consider the likelihood of survivors in their congregation.

“According to the CDC, one in four women and one in six men are sexually abused before they turn 18,” he said. “Regardless of the size of the church you pastor or attend, there are survivors of abuse in your congregation – and the potential still exists for abuse in your local church.

“That’s why it’s important for our churches to be churches who care well.”

Addressing sexual abuse and its potential for it also becomes a Gospel issue, he said.

“Proverbs tells us to speak up for those who have no voice; and to seek justice for those on the verge of destruction,” Howe said. “By becoming a church who cares well, your church can do just that.”

“There is that possibility [for abuse],” said Price, echoing Howe. “We have to do our due diligence to keep our churches safe.”

In the months following the conference, Senior Pastor Chris Justice formed an abuse ministry team based on the Caring Well materials. Church bylaws were also reworked to reflect those principles. Lee Park has 22 teams related to the abuse ministry, said Price, with a member of each Sunday School class tasked with keeping others notified of the latest information.

“[Abuse prevention] is the right thing to do,” he said. “We want to be ready to deal with it and keep predators away.”

This fall, a number of state Baptist conventions approved a variety of measures at their annual meetings to form internal groups or task forces to review policies and procedures regarding sexual abuse.

“In its role, the State Board resources, assists, trains and does all the things to help churches do a good job, so we want to ensure its policies and practices are carefully reviewed,” retired attorney Melissa Bowen told The Alabama Baptist before proposing the motion at the state’s gathering. “We want to do the same for all partner entities and auxiliaries which are funded by the Cooperative Program.”

While churches are called to care for people, there is also the responsibility to know its law-abiding limits, pointed out Mark Vance, lead pastor of Cornerstone Church in Ames, Iowa.

Located near Iowa State University, Cornerstone is heavily attended by college students. The cultural shift in addressing and discussing abuse has opened doors for those students to bring stories of trauma to the church, he said.

“The Caring Well materials are part of our required staff training, with a refresher on them provided each year,” he said. “We also engaged elders and key lay leaders – folks who are on the front lines in ministering with others – on how to care for people who have been victims of abuse.”

A team from South Tulsa Baptist Church made the five-hour trip to Dallas for the Caring Well conference.

Background checks were already in place as well as a secure entrance to the preschool ministry. However, after the conference, the church updated its policies and procedures while providing additional training for volunteers working with minors, said Zack Hudson, associate pastor and family team minister. In addition, the church added a secure entrance for the children’s area.

“We haven’t let our guard down on working with minors and all must follow our procedures and policies before working with them,” said Hudson, who is currently working on his doctor of ministry degree at Southeastern Baptist Theological Seminary while going through the training a second time.

“As for our Caring Well Team, they laid a foundation from which we operate that informs our decisions and any issues that may come up,” he said.

The Caring Well Challenge came after stories of sexual abuse in the SBC began to surface in the wake of the #MeToo movement. That momentum built throughout 2018 when, at that year’s September Executive Committee meeting, EC members approved funding an initiative by then-SBC President J.D. Greear to address sexual abuse.

Southern Baptists first issued a resolution against sexual abuse in 2007 to “express our deep level of moral outrage and concern at any instance of child victimization.” At the 2018 annual meeting messengers passed another resolution “condemn[ing] all forms of abuse” and repudiated “with a unified voice all abusive behavior as unquestionably sinful and under the just condemnation of our Holy God.” A similar resolution was also passed in 2019.