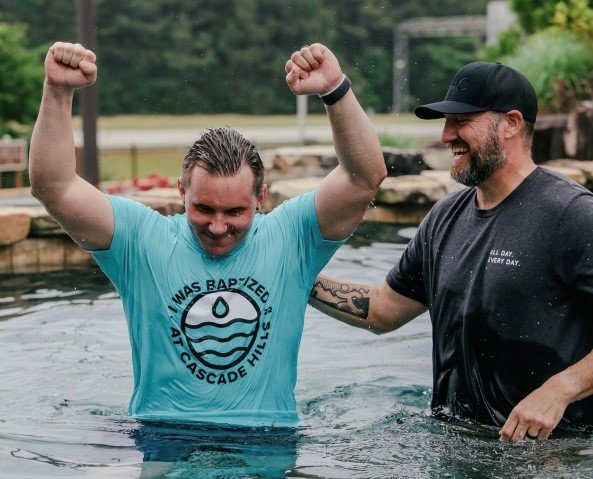 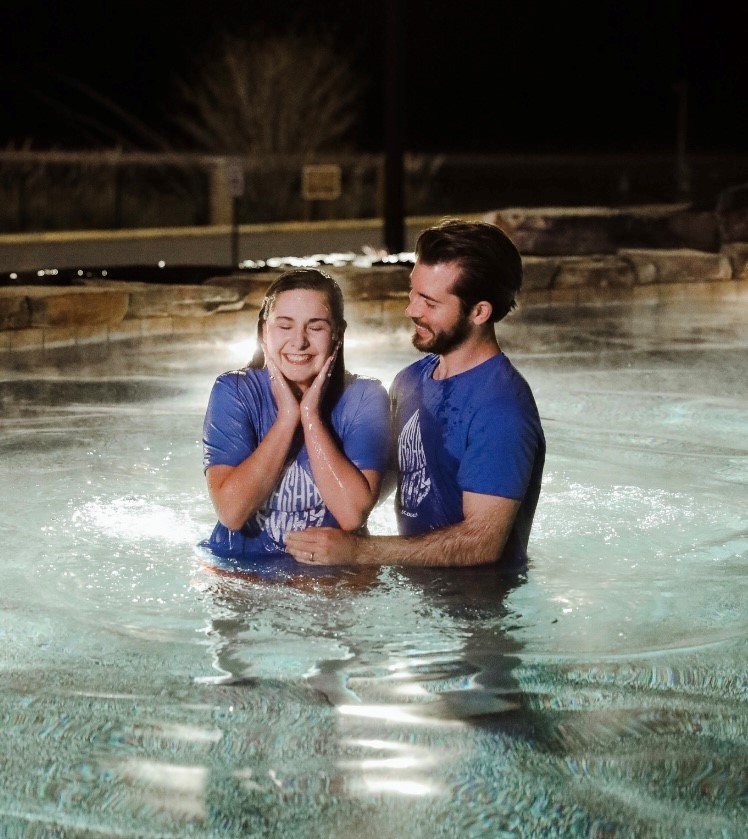 On average, the baptismal pool at Cascade Hills Baptist Church is used every day as new believers give their lives to Christ. 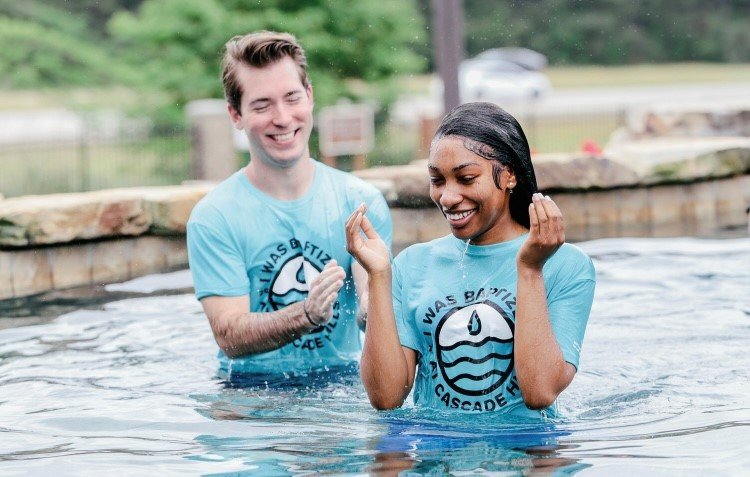 More than 200 new believers have been baptized so far this year at Georgia's Cascade Hills Baptist Church.
Previous Next
Posted Thursday, May 12, 2022 2:46 pm
By ROGER ALFORD, The Christian Index

COLUMBUS, Ga. – Cascade Hills Baptist Church, which on average has baptized someone every day since 2015, appears on track to have one of its best years ever evangelistically.

The church had 187 salvation decisions during the Easter weekend alone and has baptized 204 new believers so far this year.

“It’s all God doing this,” said Pastor Brent Purvis “He is the Lord of the harvest.”

Cascade Hills isn’t alone in experiencing a surge in salvation decisions. Churches across the state reported mass numbers of people turning to Christ.

Anecdotal reports of revival in recent months have denominational leaders hopeful that what’s happening in the state could be the beginning of a spiritual awakening.

“As theologian J.I. Packer once said, ‘evangelism is man’s work but the saving of souls is God’s work,’” Washington said. “So, what we see here is more churches prioritizing the gospel, refocusing on the main thing, and God is saving souls.”

Purvis said Cascade Hills, which routinely baptizes more than 400 new believers per year, has placed a clear priority on reaching the spiritually lost. He said the congregation emphasizes the need to pray specifically for family members, friends, co-workers and neighbors who don’t know Christ and has even built a strikingly picturesque prayer garden for that purpose.

“Our secret, though it’s no secret, is prayer,” Purvis said. “Ours is a praying church.”

Knowing those prayers will be answered, Cascade Hills has also built a stunningly beautiful outdoor baptismal pool, complete with waterfalls. Because it is a heated, the pool can be, and is, used year-round.

And the church celebrates new believers who are baptized, going so far as to produce videos sharing their salvation stories.

Washington said it’s exciting to see churches small and large seeing spiritual harvests in the wake of the COVID-19 pandemic. He said attendance is up across the state, as are professions of faith.

More than 40 people made professions of faith in the small Georgia town of Millen in April a joint revival held in the town’s Pal Theater.

The Millen revival came the same week as one at Pineland Baptist Church in Thomasville where 19 people made salvation decisions.

Before that, in Mount Vernon, it was college students, 20 of them, who made salvation decisions in a chapel service at Brewton-Parker College.

In late March, 102 Columbus residents claimed Christ in a one-day evangelistic outreach in one of Georgia’s toughest neighborhoods, one that had become known as Little Chicago because of its high crime rate.

Three weeks ago, more than 1,100 people turned out for a Roopville Road Baptist Church initiative in Carrollton that included a low-country boil, a get-together that centers around a delicious meal of boiled shrimp and other seafoods with sausage, corn, potatoes and other ingredients all combined in the same pot. Pastor Stephen Peeples said seven people made professions of faith at that event.

And in Sylvester, Ga., more than 100 people made professions of faith during an evangelistic outreach sponsored by a group of area churches.

In northeast Georgia, 17 salvation decisions were reported in March at two Christian learning centers where public school students go for Bible studies. Mike Blount, mission strategist in the Tugalo Baptist Association, said those professions of faith were among 30 made since August in the learning centers.

At Shorter University, 24 students made decisions for Christ during a chapel service in late February.

In Moultrie, Kingwood Baptist Church Pastor Matt Greene reported 30 salvation decisions during a four-day revival in early February. That’s in a church with average Sunday attendance of about 80 people.

During the Easter weekend, numerous churches across the state reported mass numbers of people turning to Christ, including 111 at Peavine Baptist Church in Rock Spring.