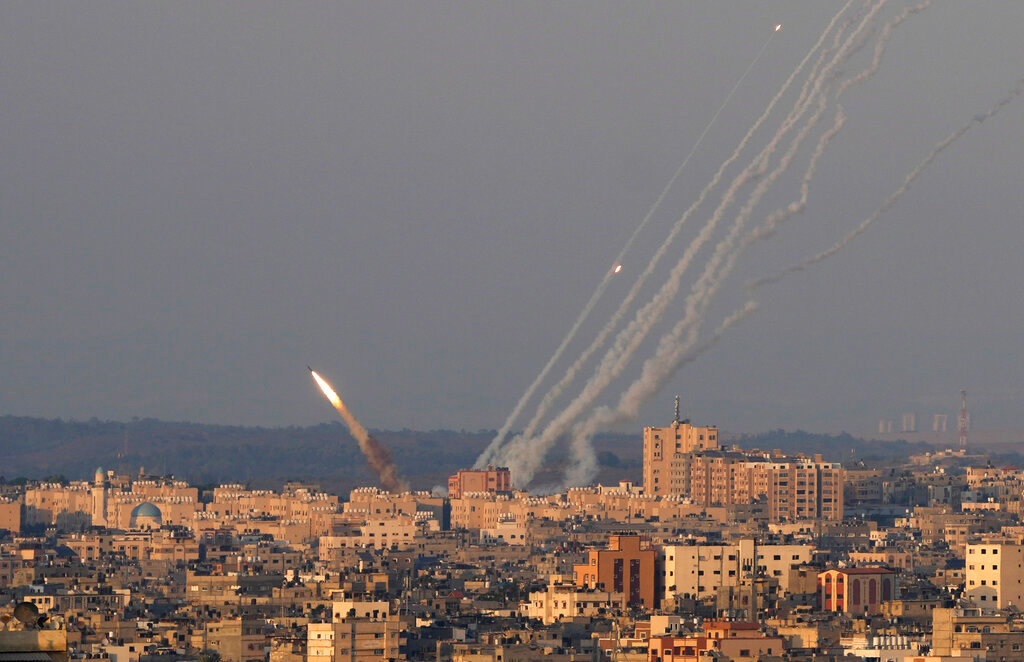 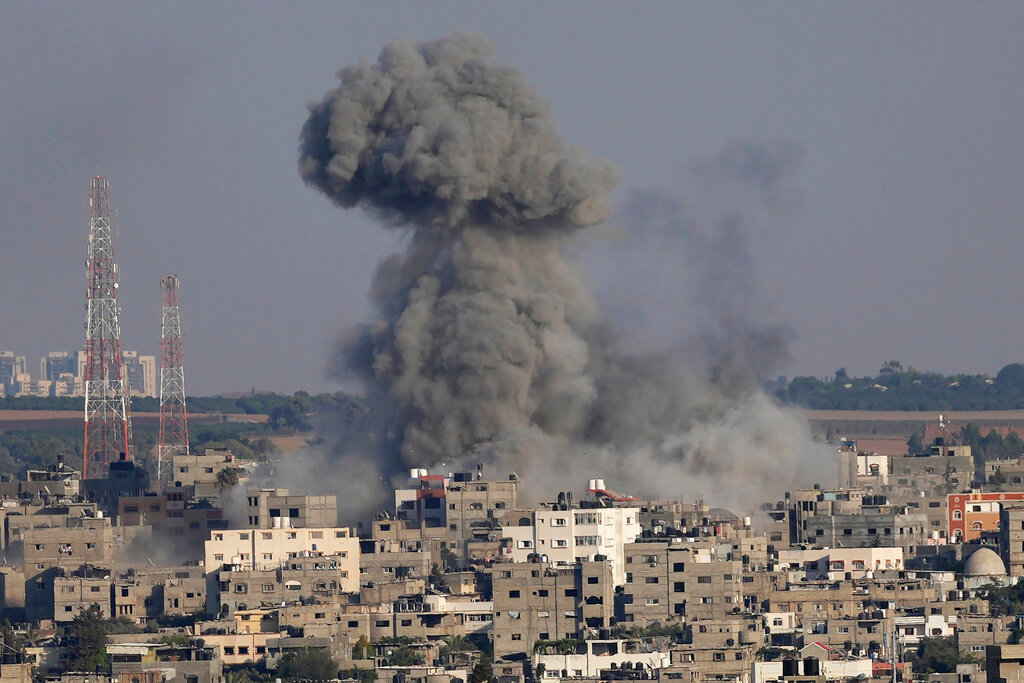 GAZA CITY, Gaza Strip (AP) — A cease-fire between Israel and Palestinian militants took effect late Sunday in a bid to end nearly three days of violence that left dozens of Palestinians dead and disrupted the lives of hundreds of thousands of Israelis.

The flare-up was the worst fighting between Israel and Gaza militant groups since Israel and Hamas fought an 11-day war last year.

The Egyptian-brokered cease-fire took effect at 11:30 p.m. Israeli strikes and militant rockets continued in the minutes leading up to the beginning of the truce, and Israel said it would “respond strongly” if the cease-fire were violated.

Israeli aircraft have pummeled targets in Gaza since Friday, while the Iran-backed Palestinian Jihad militant group has fired hundreds of rockets at Israel in response. The risk of the cross-border fighting turning into a full-fledged war remained as long as no truce was reached. Israel says some of the dead were killed by misfired rockets.

Gaza’s ruling Hamas group remained on the sidelines, possibly because it fears Israeli reprisals and undoing economic understandings with Israel, including Israeli work permits for thousands of Gaza residents, that bolster its control.

Israel launched its operation with a strike Friday on a leader of the Islamic Jihad and followed up on Saturday with another targeted strike on a second prominent leader.

The second Islamic Jihad commander, Khaled Mansour, was killed in an airstrike on an apartment building in the Rafah refugee camp in southern Gaza late Saturday, which also killed two other militants and five civilians.

Mansour, the Islamic Jihad commander for southern Gaza, was in the apartment of a member of the group when the missile struck, flattening the three-story building and badly damaging nearby houses.

As a funeral for Mansour began in the Gaza Strip on Sunday, the Israeli military said it was striking suspected “Islamic Jihad rocket launch posts.” Smoke could be seen from the strikes as thumps from their explosions rattled Gaza. Israeli airstrikes and rocket fire followed for hours as sirens wailed in central Israel. As the sunset call to prayer sounded in Gaza, sirens wailed as far north as Tel Aviv.

Israel says some of the deaths during this round were caused by errant rocket fire, including one incident in the Jebaliya refugee camp in northern Gaza in which six Palestinians were killed Saturday. On Sunday, a projectile hit a home in the same area of Jebaliya, killing two men. Palestinians held Israel responsible, while Israel said it was investigating whether the area was struck by an errant rocket.

Israel's Defense Ministry said mortars fired from Gaza hit the Erez border crossing into Israel, used by thousands of Gazans daily. The mortars damaged the roof and shrapnel hit the hall's entrance, the ministry said. The crossing has been closed amid the fighting.

The Rafah strike was the deadliest so far in the current round of fighting, which was initiated by Israel on Friday with the targeted killing of Islamic Jihad's commander for northern Gaza.

Israel said it took action against the militant group because of concrete threats of an imminent attack. Caretaker Prime Minister Yair Lapid, who is an experienced diplomat but untested in overseeing a war, unleashed the offensive less than three months before a general election in which he is campaigning to keep the job.

In a statement Sunday, Lapid said the military would continue to strike targets in Gaza “in a pinpoint and responsible way in order to reduce to a minimum the harm to noncombatants.” Lapid said the strike that killed Mansour was “an extraordinary achievement.”

“The operation will continue as long as necessary,” Lapid said.

Islamic Jihad has fewer fighters and supporters than Hamas, and little is known about its arsenal. Both groups call for Israel's destruction, but have different priorities, with Hamas constrained by the demands of governing.

The Israeli army said militants in Gaza fired about 580 rockets toward Israel. The army said its air defenses had intercepted many of them, with two of those shot down being fired toward Jerusalem.

In Palestinian cities and towns in the West Bank, Israeli security forces said they detained 19 people on suspicion of belonging to the Islamic Jihad during overnight raids.

By Sunday, Hamas still appeared to stay out of the battle. The group has a strong incentive to avoid another war. Last year's Israel-Hamas war, one of four major conflicts and several smaller battles over the last 15 years, exacted a staggering toll on the impoverished territory’s 2.3 million Palestinian residents.

Since the last war, Israel and Hamas have reached tacit understandings based on trading calm for work permits and a slight easing of the border blockade imposed by Israel and Egypt when Hamas overran the territory 15 years ago. Israel has issued 12,000 work permits to Gaza laborers and has held out the prospect of granting another 2,000 permits.

The lone power plant in Gaza ground to a halt at noon Saturday due to a lack of fuel. Israel has kept its crossing points into Gaza closed since Tuesday. With the new disruption, Gazans can use only four hours of electricity a day, increasing their reliance on private generators and deepening the territory’s chronic power crisis amid the peak summer heat.