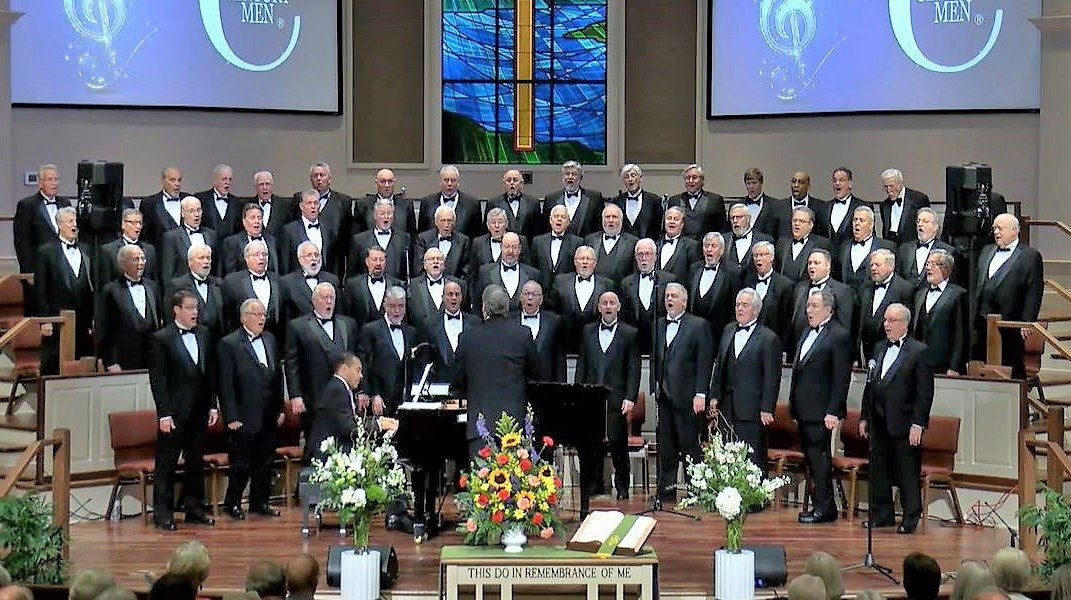 After 53 years, the CenturyMen performed their last concert on Sept. 17 at First Baptist Church of Tellico Village in Loudon, Tenn. 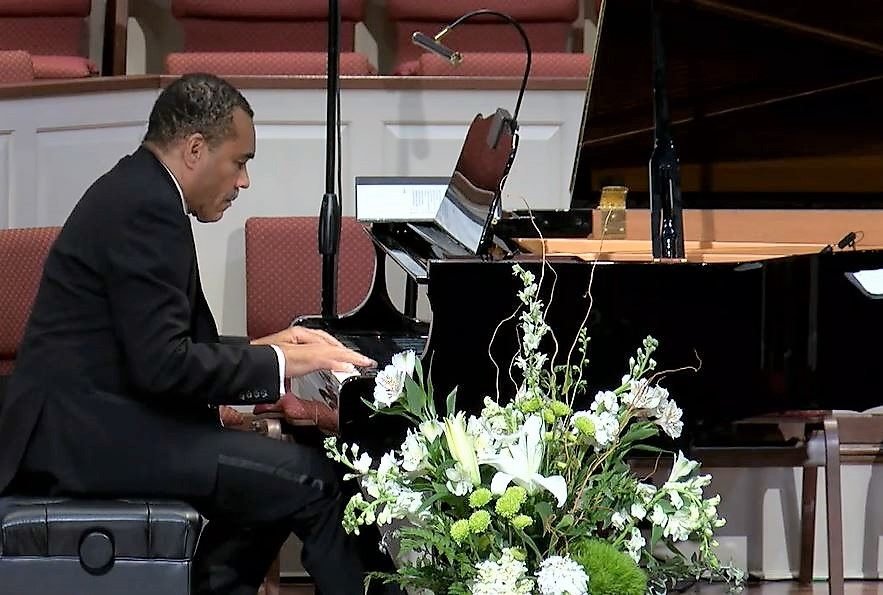 Joseph Joubert, CenturyMen associate music director and accompanist, opened the group’s final concert with opened the concert with his new arrangement of the hymn, “I Will Trust in the Lord.” 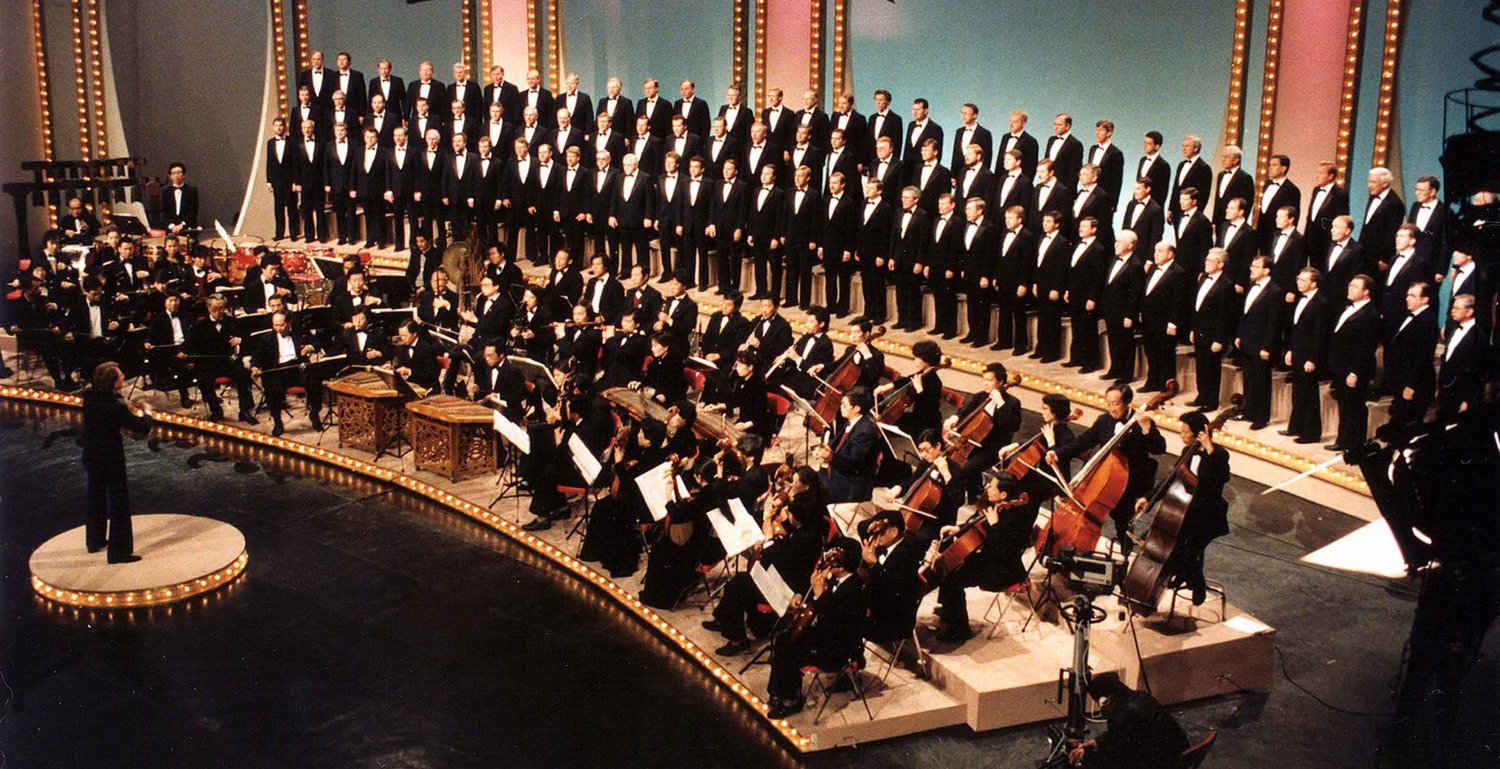 LOUDON, Tenn. (BP) – John Condra recalls the first rehearsal of The CenturyMen, a 100-member male chorus organized in 1969 in the days of the Southern Baptist Radio and Television Commission.

“When we got through singing,” said Condra, who was then music minister at First Baptist Church of Montgomery, Ala., “normally you talk or something. Nobody said a word. We just kind of looked at each other and said, ‘Where in the world did that sound come from?’

“We had never heard anything like that before, and I had not. You think about 100 men with degrees in music and boy, and all of a sudden you hear it for the first time, it just blew me away.”

They sang such great hymns of the faith as “Oh God Our Help in Ages Past,” “Joyful, Joyful We Adore Thee” and “His Name is Wonderful.”

The widely traveled group won a daytime Emmy Award in 1989 for a concert performed in China and featured on the NBC program “China: Walls and Bridges,” and was nominated for a Grammy in 1999 for its recording, “Beautiful Star: A Celebration of Christmas,” in the category of Best Classical Crossover Album. NBC has termed the group “The Finest Male Chorus in America.”

After 53 years of sharing the Gospel through song, the first 17 years as a ministry of the Radio and Television Commission, the group is disbanding. It performed its last concert on Sept. 17 at First Baptist Church of Tellico Village in Loudon. It was also a reunion for the group, which had not gathered since the COVID-19 pandemic.

Joe Fitzpatrick, music minister at First Baptist Church of Nashville, Tenn., and a member of the group since 1988, was one of 60 members that participated in the Sept. 17 concert.

He was accepted in the group in 1988 after the Radio and Television Commission was incorporated into the former Home Mission Board. Fitzpatrick was a graduate student at Southwestern Baptist Theological Seminary and knew of the group’s ministry through its many international broadcasts.

“I heard them for the very first time in 1987 I believe it was,” he told Baptist Press. “I said man, that sounds like a group I would really enjoy being a part of. I auditioned in 1988, was accepted, and I’ve been a part of it for 34 years.”

The group formally voted on Sept. 16 to disband, upon the recommendation of its Board of Directors, amid a changing church music ministry landscape.

“The aspiration was always that we would be 100 men strong,” Fitzpatrick said. With busy schedules, “it just got harder and harder for our group to get together. It became a challenge to be able to get new people to make the investment, for whatever reasons.

“They (the group) wanted to make sure that as the future went on, that we were representing the name of the CenturyMen in its full extent, and that became more and more challenging as the years went by.”

Buryl Red founded The CenturyMen in 1969 at the request of the Radio and Television Commission. He co-arranged and orchestrated the bulk of the group’s music until his death in 2013.

Red’s career generated more than 2,500 published compositions and arrangements and more than 4,000 CDs. He authored or edited more than 50 college and school music textbooks; supervised the music and/or musical arrangements for several hundred shows, documentaries, and specials, many of them award-winning, according to TheCenturyMen.com.

Red befriended and recruited Joseph Joubert, the group’s associate music director, and accompanist. Among Joubert’s extensive credits, he was the musical supervisor and arranger for the concert tours and PBS specials of Three Mo’ Tenors and Three Mo’ Divas. Joubert has collaborated with such diverse artists as Kathleen Battle, George Benson, Jennifer Holliday, Whitney Houston, Patti Labelle, Diana Ross, and others.

Joubert, a Baptist composer based in New York, accompanied during the final concert. He termed his longtime work with the group a privilege. He opened the concert with his new arrangement of the hymn “I Will Trust in the Lord” and “Tis So Sweet To Trust In Jesus,” and premiered “for the second time,” as he put it, his arrangement of “He’s Got the Whole World in His Hands.”

Condra, who was a charter member and first president of the group when it became independent of the Radio and Television Commission in 1986, never anticipated the final day.

He described the mood of the last event “as very upbeat and Christ-honoring, even though we felt deep inside some kind of regret that it was coming to an end.

“We did not let that overshadow what we were doing because our primary goal every time is to sing the very best music we can in honor of our Savior. And I think all the men held their emotions in check. It was great. It was like a normal concert that we would do.”

The CenturyMen also enjoyed the privilege of sharing the Gospel in word and deed in communities where it performed, Condra said, including at the U.S. Capitol and at Ground Zero days after the Sept. 11, 2001, terrorist attacks. It has performed numerous times on television and radio, including episodes of The Baptist Hour and Sounds of The CenturyMen, and in churches in the U.S. and globally.

It has produced 13 recordings.

Fitzpatrick described his membership in the group as one of his “greatest joys and honors.”

“The eternal impact we have had for the cause of Christ around the globe has been life-changing and life-giving for me and countless others,” Fitzpatrick said. “It has been a privilege to share the Gospel of Christ through song at home and through worldwide mission enterprises with this unique and immensely talented group of brothers.”

The group will live on through its music, available online, and has committed to establishing a church music perpetual scholarship at Baylor University, Red’s alma mater, in the name of Red and The CenturyMen.

Charles Fuller of Little Rock, Ark., the group’s musical director and conductor, was the final president.

Condra and others are discussing fellowshipping together in the coming years, as the group afforded a unique opportunity for friendships and musical collaboration.

“I was kind of a little bit nervous about singing, ‘God Be With You Till We Meet Again’ for the last time,” Condra told Baptist Press. “Just thinking I may never see some of these guys again this side of heaven.

“I’ll see them again,” he said, alluding to a heavenly reunion.