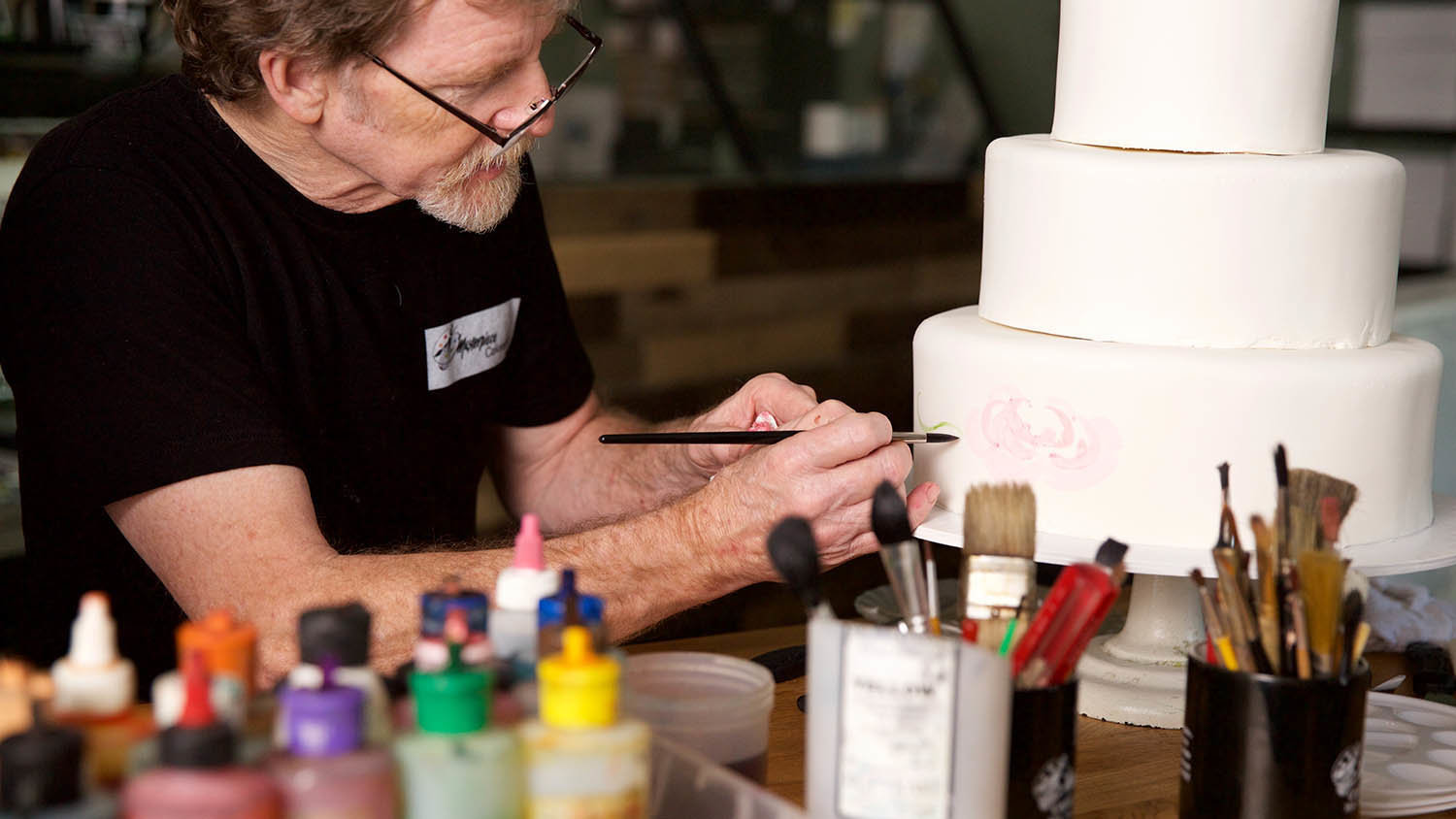 DENVER (BP) – Christian baker Jack Phillips has appealed a ruling that he violated a Colorado anti-discrimination law by refusing to bake a cake celebrating a gender transition.

Phillips, best known for a win at the U.S. Supreme Court in a similar case, has said he is unable to bake cakes that portray messages that violate his deeply held religious beliefs.

In a notice filed Monday (Aug. 2), Phillips’ lawyers asked the Colorado Court of Appeals to review a June ruling by Denver Judge A. Bruce Jones that said Phillips’ refusal to bake a cake that was blue on the outside and pink on the inside for Autumn Scardina violated Scardina’s rights. Scardina is a biological man who ostensibly ordered the cake in order to celebrate transitioning to a woman. Scardina is also an attorney and a gay-rights activist, Phillips’ attorneys say.

“No one should be forced to express a message that violates their beliefs and conscience,” said Jake Warner, legal counsel for Alliance Defending Freedom (ADF), in a press release. “Activists and government officials are targeting artists like Jack because they can’t promote messages on marriage and gender that violate their core beliefs. In this case, an activist attorney demanded that Jack Phillips create custom cakes in order to test Jack and to ‘correct the errors’ of his thinking, and the attorney even threatened to sue Jack again if the case is dismissed for any reason. This case and others like it represent a disturbing trend: Activists are weaponizing the legal system to ruin those who simply disagree with them. Someone you disagree with might be the one targeted today, but when political winds shift, it could just as easily be you or anyone else tomorrow.”

ADF also represented Phillips in his 2018 case before the U.S. Supreme Court. The 7-2 opinion from that case found that the Colorado Civil Rights Commission violated the religious free exercise clause of the First Amendment by penalizing Phillips for declining to design and decorate a cake for the wedding of two men. The commission demonstrated “religious hostility” toward Phillips in its action, the justices said.

In the notice filed Monday, Phillips’ lawyers asked the appeals court to review both procedural issues and whether the ruling violated Phillips’ constitutional rights to freedom of speech and religion, The Associated Press Reported.

“Jack has been harassed for nearly a decade for living by his faith and making artistic decisions that artists have always made,” Warner said. “That’s why we have appealed this decision and will continue to defend the freedom of all Americans to peacefully live and work according to their core convictions without fear of government punishment.”