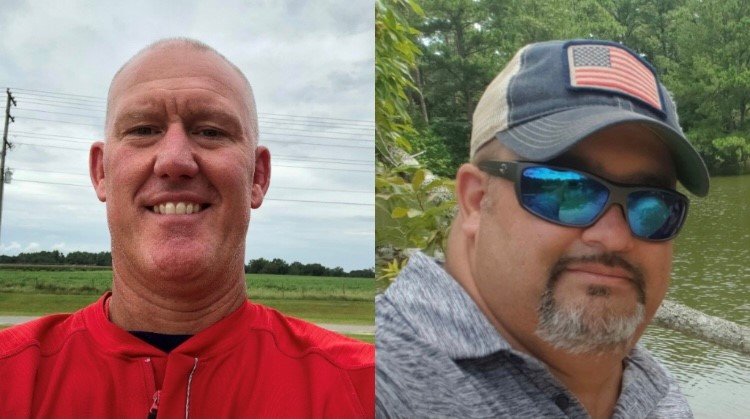 LYONS, Ga. – Matt VerSluis has taken the biblical admonition about generosity to a whole new level.

The long-time high school football coach volunteered to give one of his kidneys to a fellow church member who had been placed on a national transplant list.

VerSluis, a newcomer to First Baptist Church in Lyons, Ga., found himself among a group of concerned Christians who were praying for a kidney for Curtis Rowe. That’s when VerSluis felt the Lord asking him to do more than pray.

“I had prayed that God would be with his family, and that God would strengthen him for what lies ahead,” VerSluis said. “Then, the Holy Spirit starts talking to me, and says, ‘Matt, you’re the one who’s going to help Curtis.’”

VerSluis, 50, had moved to Lyons last year, amid the COVID-19 pandemic, to teach and serve as an assistant football coach at Toombs County High School. He joined First Baptist Church in February and recommitted his life to Christ.

He hadn’t even met Rowe personally when he began to feel compelled to give him a kidney.

After discussing it with his wife, Manda, VerSluis went to his pastor, Dannie Williams, to talk with him about what he believed the Lord had asked him to do.

Williams introduced VerSluis to Rowe on a Sunday night.

Rowe and his wife, Amy, were moved by his generosity, but they had no idea whether VerSluis would be a suitable match. VerSluis didn’t even know his own blood type at the time and knew nothing about kidney transplantation.

VerSluis went to Mayo Clinic in Jacksonville, Fla, for testing. Given the clear directive he had felt from the Lord, VerSluis said he wasn’t at all surprised to find that he was a nearly perfect match.

The dual surgeries are scheduled for Friday.

“What a God thing, to not know my blood type, to not know Curtis, to only know the Holy Spirit is telling me to give him a kidney,” VerSluis said.

Rowe, 45, a diesel mechanic from Ailey, Ga., had learned six years ago that his kidneys were degenerating. In the past two years, things went from bad to worse and he went on the national transplant list in January 2020.

Some 10 months later, the Rowes received a call that a kidney was available. Unfortunately, they had tested positive for COVID-19 and were one day away from finishing their quarantine when the kidney became available. That disqualified them for the surgery.

Amy questioned why God had allowed the door to be closed on the transplant.

“I really didn’t understand,” she said.

Soon after, it became clear to her that God had another plan.  The church was going through a Bible study called The Battle Plan for Prayer, and Amy, feeling impressed by the Holy Spirit to share her family’s burden, asked the church to pray for her husband.

Williams had shared the prayer request with the entire congregation on the following Sunday morning and had met with the Toombs County coaching staff on Monday morning in their “War Room” where they gather to pray. That’s where VerSluis’ heart was touched.

“It’s just so humbling that someone would put themselves out that way,” Rowe said. “For me, it paints a really good picture of Christ, what He has done for us, offering Himself for us.”

Williams said VerSluis’ decision to give a kidney to a fellow believer models what the Bible says about how the church ought to live in relation to one another.

“I can’t even explain to you the joy that I have felt for our church,” he said.