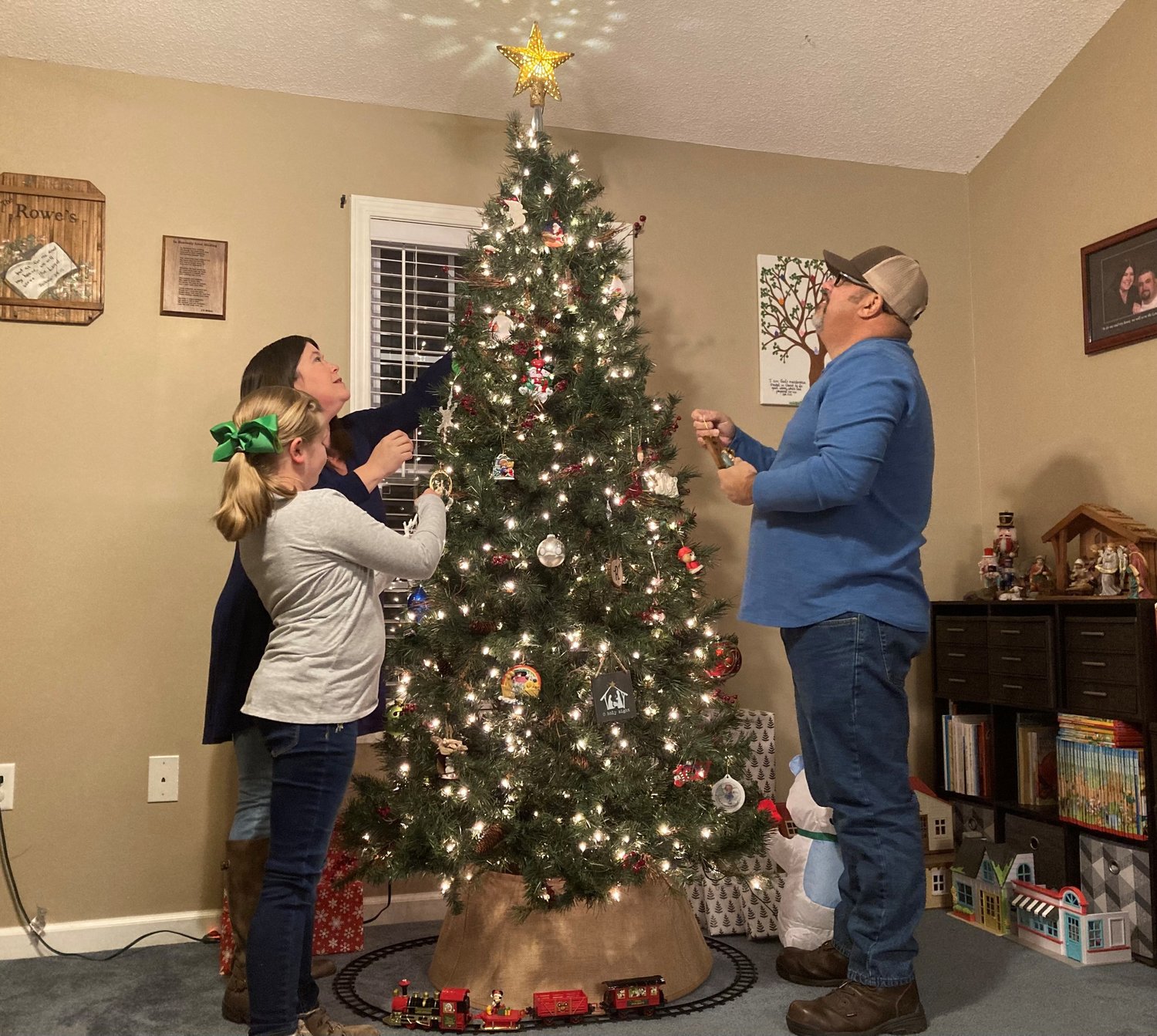 AILEY, Ga. – The Christmas season is merry indeed for Curtis Rowe, the southeast Georgia man who was given a life-saving gift from a longtime high school football coach.

Rowe was in desperate need a kidney transplant when Coach Matt VerSluis stepped forward, giving him one of his kidneys in a show of generosity that was magnified by the fact the two had never even met.

“There’s never a time of day that I don’t think about it,” Rowe said earlier this week, gathered in his Ailey home with his wife, Amy, and their 10-year-old daughter, Rachel, a Christmas tree sparkling in the background.

VerSluis, who moved to the neighboring community of Lyons last year to be an assistant coach at Toombs County High School, was among a group of Christians who had been praying for Rowe, a diesel mechanic.

“I had prayed that God would be with his family, and that God would strengthen him for what lies ahead,” VerSluis explained before the surgery. “Then, the Holy Spirit starts talking to me, and says, ‘Matt, you’re the one who’s going to help Curtis.’”

VerSluis and his wife, Manda, started attending First Baptist Church shortly after they arrived in Lyons last year. That as during the height of the COVID-19 pandemic that had forced Rowe, with his underlying kidney issues, to avoid the crowds of church. So, while the families are close now, they actually hadn’t met Rowe when they heard about his failing kidneys and began to pray for him.

On a Monday morning, VerSluis was in the “War Room” where the Toombs County coaching staff gathers to pray. It was there VerSluis felt impressed by God to give Rowe one of his kidneys.

VerSluis, a football coach for 29 years, wondered what his wife would think when he told her he wanted to be the donor. Turned out, Manda had been praying privately for Rowe and saw her husband’s decision as an answer to her prayer.

VerSluis went to his pastor, Dannie Williams, to talk with him about what he believed the Lord had asked him to do.

Williams decided the next step should be introducing VerSluis to Rowe.

Rowe and his wife, Amy, were moved by his generosity, but they also knew the chances of him being a suitable match were slim.

VerSluis, who didn't even know his own blood type, went to Mayo Clinic for testing. Given the clear directive he had felt from the Lord, he wasn’t at all surprised that the tests showed he was a nearly perfect match.

For VerSluis and his wife, the entire situation allowed them to understand why their lives were abruptly changed the year before, why he had lost his job as head football coach at White County High School last year, why they had dealt with the heartbreak and uncertainty of that ordeal, and why he ended up in Toombs County.

“All the struggles and difficulties that we endured was for this,” Manda said. “We reminded ourselves over and over again that God would use that situation for good. Well, this is good.”

Rowe and his wife, Amy, have always tended to keep personal matters private, but she had learned through a Bible study that Christians should share their burdens with their church family. So, on a Wednesday night, after years of seeing her husband’s kidneys worsen, she asked her church family to pray for him.

Prayer was all she asked for.

The Rowes were praying and waiting, long before VerSluis had moved to Lyons.

Rowe said there’s no doubt VerSluis was an answer to prayer.

“It’s just so humbling that someone would put themselves out that way,” Rowe said in the days leading up to the surgery. “For me, it paints a really good picture of Christ, what He has done for us, offering Himself for us.”

Amy said what VerSluis gave was far more than a kidney. She said she got her husband back.

Rowe had been so sick that he was unable to participate fully in family life. If he sat down, he’d fall asleep, because of the fatigue he dealt with on a daily basis.

“It’s been more of a blessing that I could have imagined,” Amy said.

So, her Christmas message to VerSluis is this: “Thank you for giving me back something I didn’t realize I had lost. I have my Curtis back. He’s back to being the person he was when we first met.”