Churchgoers express confidence and confusion over the Bible 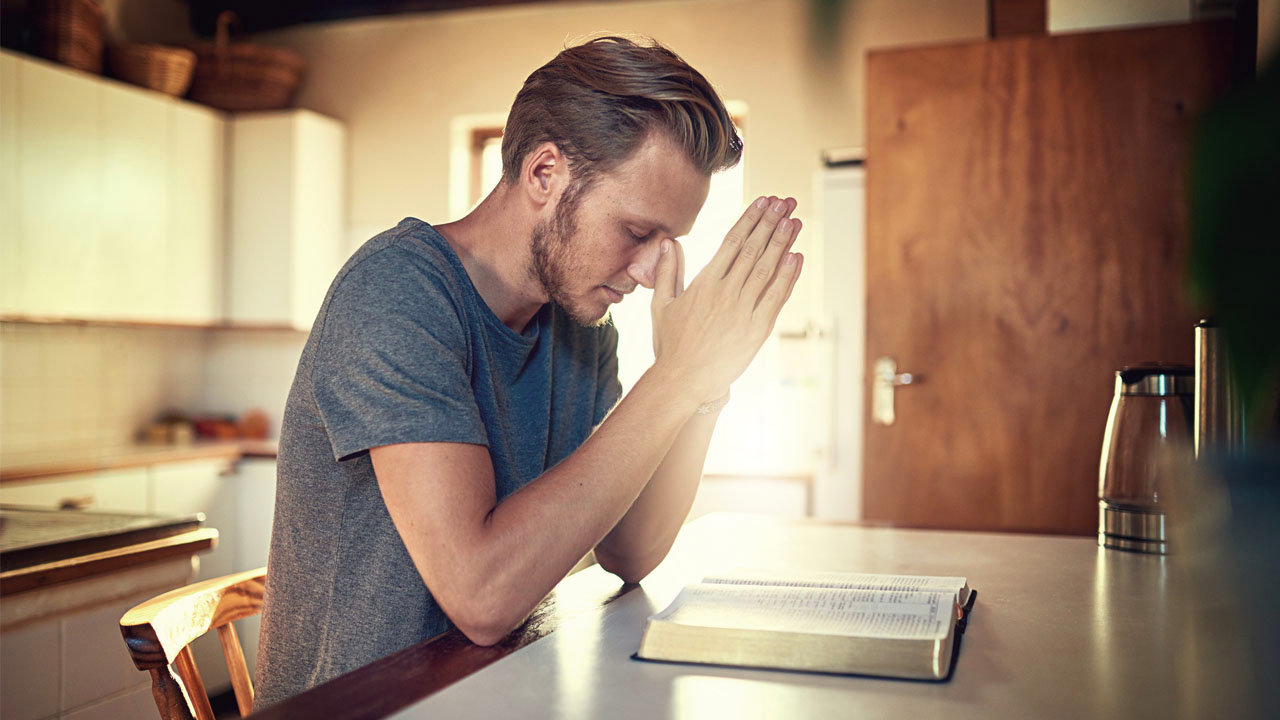 NASHVILLE, Tenn. — Most churchgoers say they can address doubts others have about the Bible, but half admit they have problems understanding Scripture on their own.

Despite repeatedly affirming confidence in their own abilities to explain and understand the Bible, a recent LifeWay Research study in partnership with Explore the Bible curriculum found 57% of Protestant churchgoers say they find it challenging to make sense of the Bible when they read it on their own.

“Churchgoers are ready to defend the Bible as true and as a faithful moral standard,” said Scott McConnell, executive director of LifeWay Research. “But most admit they stumble on understanding the specific meaning as they read.”

“Reading and studying as an individual is important, but we need others to help us think through what we discover,” said Dwayne McCrary of Explore the Bible. “Studying together also allows us to gain insights from others that move us forward in our study as well.”

Regardless of how challenging churchgoers find the Bible, they seem sure they can recognize its relevance to them and help others understand it.

Nine in 10 churchgoers (90%) agree they can usually understand how a passage of Scripture is relevant to them. Only 7% disagree.

Four in 5 express confidence in their ability to help others with doubts about the truthfulness of Scripture (81%), difficulty accepting morals taught in the Bible (82%), and confusion over a Bible passage (81%).

“It is possible the confidence churchgoers have in helping others understand the Bible, comes more from what they have been taught than from their own reading,” said McConnell. “Those who attend church most frequently have more confidence in helping someone with a confusing passage of Scripture.”

Older churchgoers are more likely to feel hesitancy in their biblical understanding than others in the pews.

Around 1 in 5 churchgoers 65 and older (19%) lack confidence in their ability to address the doubts of someone struggling with the truthfulness of Scripture. Similar numbers of older churchgoers (20%) don’t believe they could help a neighbor who was confused about a Bible passage.

Churchgoers may have such confidence because they profess enjoyment in Bible study. More than 9 in 10 (93%) say they enjoy exploring a passage of Scripture to understand its meaning; 5% disagree.

Baptist (97%) and non-denominational churchgoers (95%) are more likely than those who attend a Restorationist movement (83%) or Lutheran church (76%) to say they appreciate digging into Bible passages.

As part of that exploration process, overwhelmingly churchgoers see two aspects as important: understanding the original context of a passage and applying that passage to our modern context.

McCrary said it’s important for those studying the Bible to both understand Scripture in its original context and apply that truth to the modern context.

“If we only seek to understand a text in its original context, we see the Bible simply as history and remove its active cutting edges,” he said. “If we simply jump to apply the text, we run the risk of missing the principle or truth that should direct our application of a Bible passage.”

Despite their commitment to understand the Bible in its original context, 4 in 5 churchgoers say the Bible can have multiple meanings for readers.

For 82% of churchgoers, the truth of God’s Word can mean different things to different people, with 15% disagreeing.

Those who attend church more frequently and those with evangelical beliefs are less likely to agree, but more than three-fourths of both groups still agree.

For McCrary, this points to a tendency to hurry and short circuit the Bible study process by confusing the meaning of a text with its application. “We tend to jump from what a passage says to what we do in response and forget to consider the principle or truth behind what is said,” he explained.

“Doing Bible study correctly takes time and thought, but it gets us to the meaning—which does not change—so we can then look at how we encounter God today and what our response should be to those encounters.”

While there may be some confusion over meaning and application, a large percentage of churchgoers are clear that they treat some biblical teachings differently. 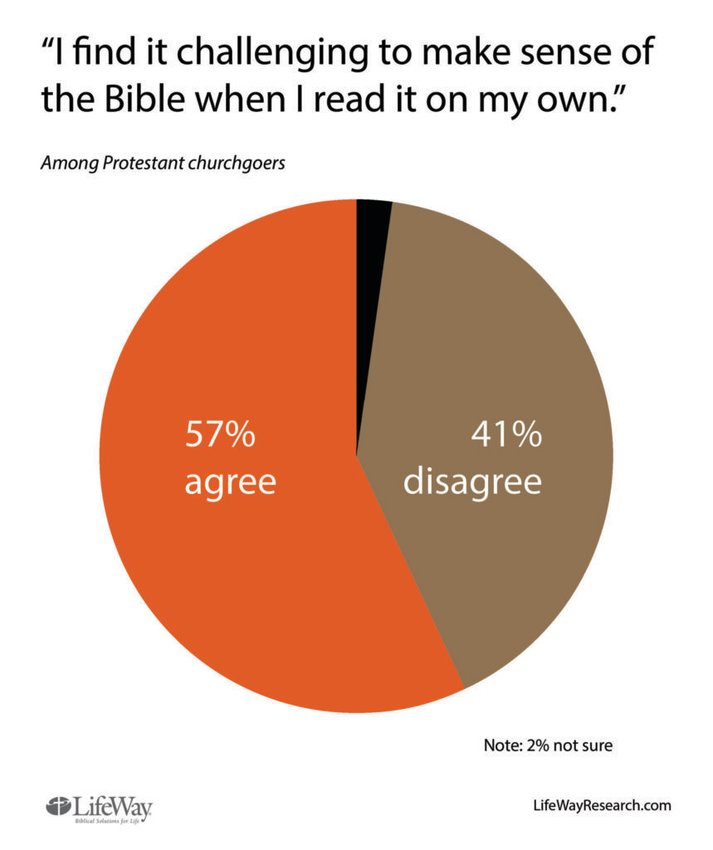 Three in 10 (30%) churchgoers say they accept some truths from the Bible, but others don’t fit what they believe. Two-thirds (66%) disagree, with 51% disagreeing strongly.

Those without evangelical beliefs are more than 2.5 times as likely to agree than those with such beliefs (45% to 17%).

Churchgoers who attend fewer than four times a month are almost twice as likely to agree than those who attend more frequently (42% to 22%).

A quarter of churchgoers (24%) believe some biblical truths become obsolete as culture changes. Seven in 10 disagree, with 53% saying they strongly disagree.

Younger churchgoers, those 18 to 34, are the most likely to agree (36%). Those who attend church less frequently and those without evangelical beliefs are also more likely to see some truths from the Bible as culturally obsolete today.

“For a religion claiming a basis in God’s Word, it’s surprising to see this many practicing Christians giving their own word priority in their beliefs,” said McConnell. “In a world filled with constant changes, it’s hard for some to accept the biblical claim of an unchanging source of truth.”