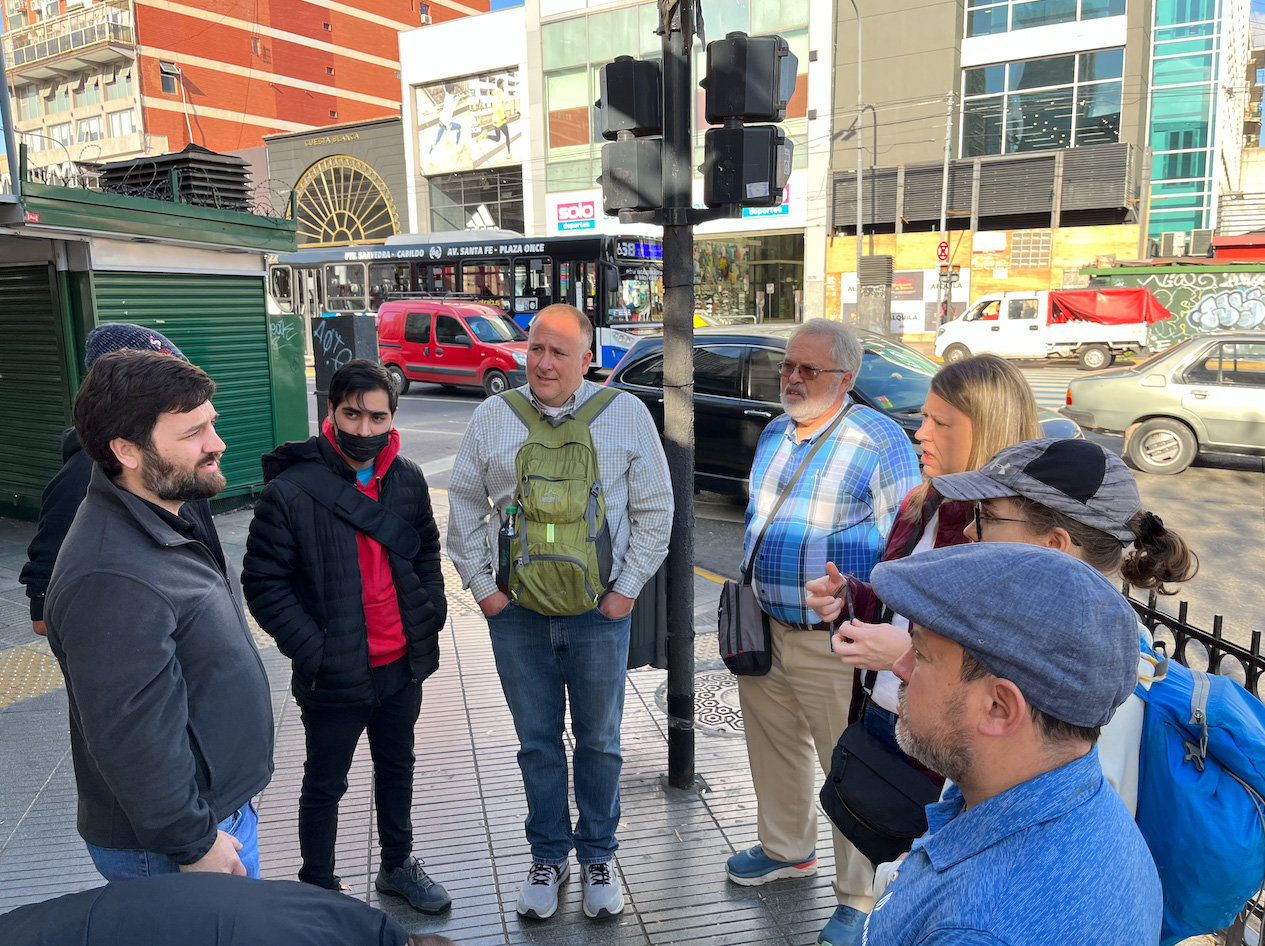 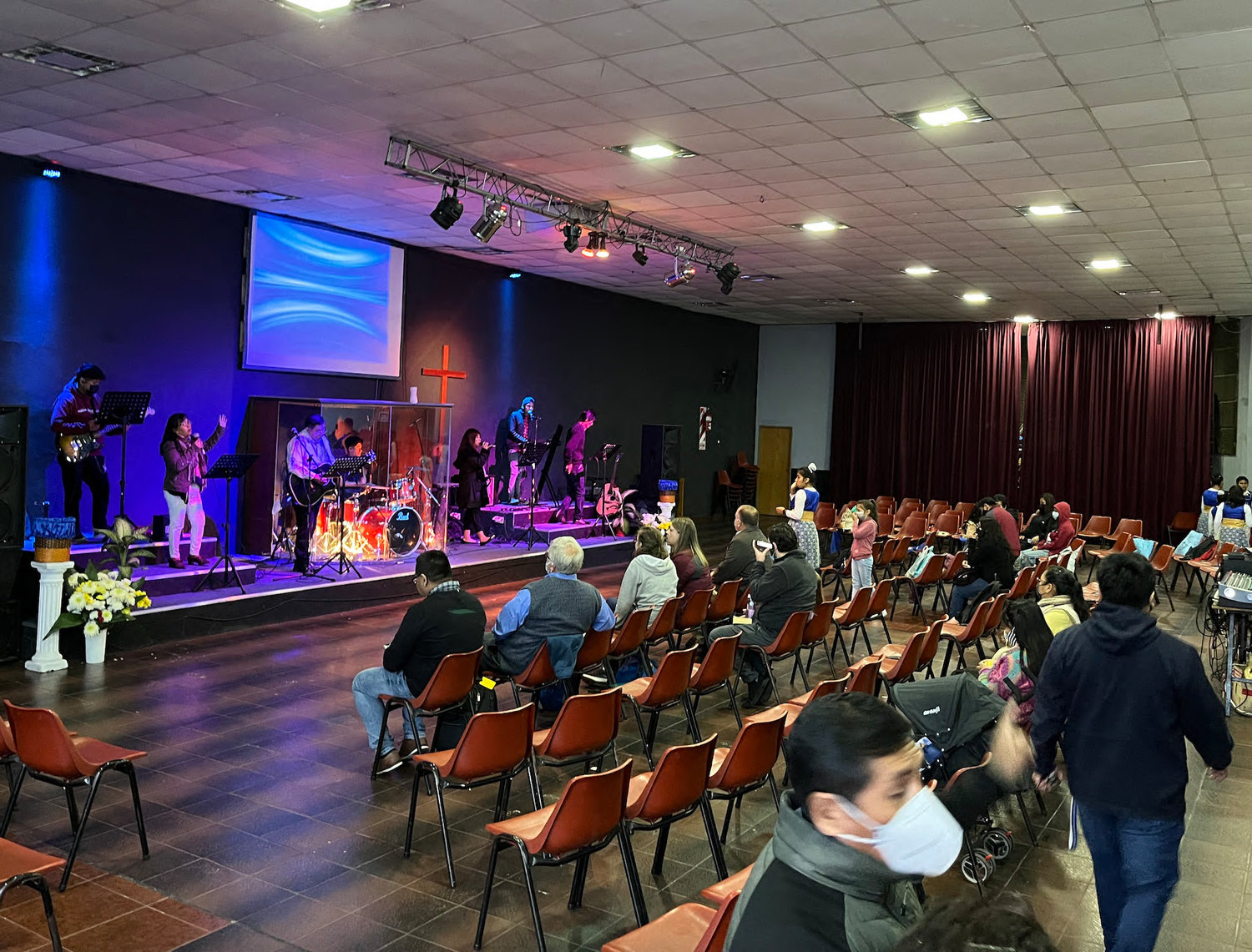 Sunday morning worship at Sinai Baptist Church, where Abraham Aranda is pastor. This is a primarily Bolivian congregation in the neighborhood of Nueva Pompeya. 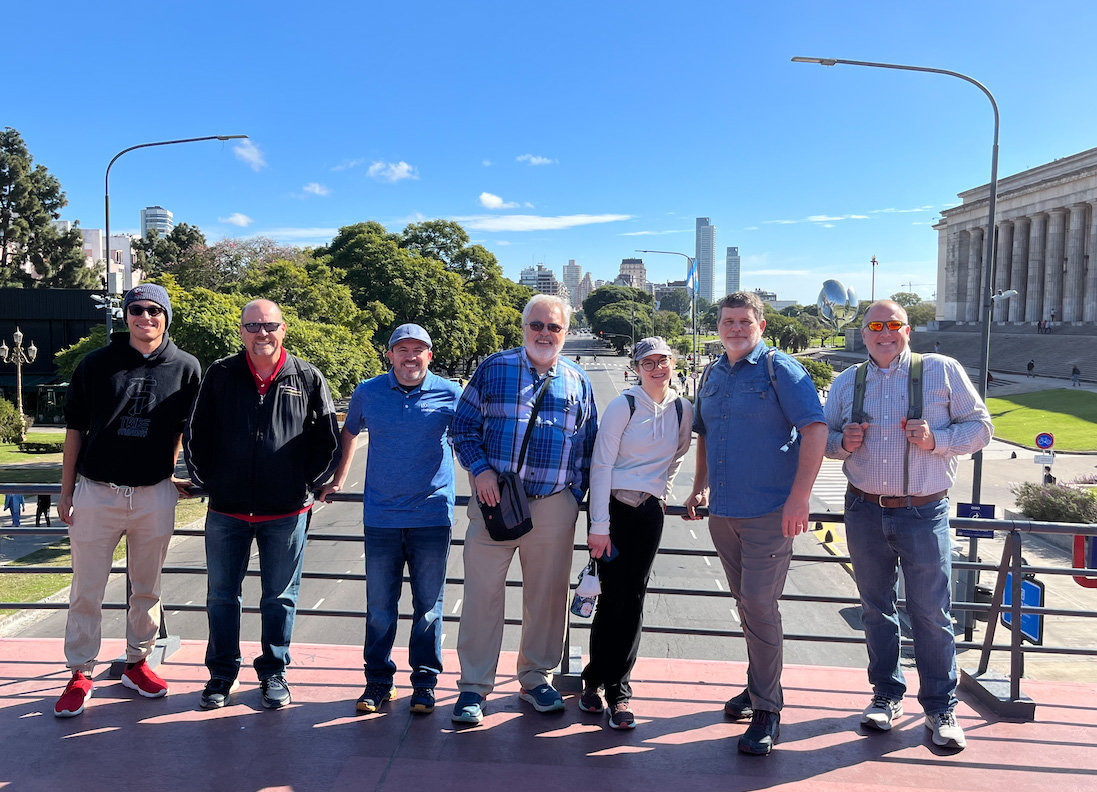 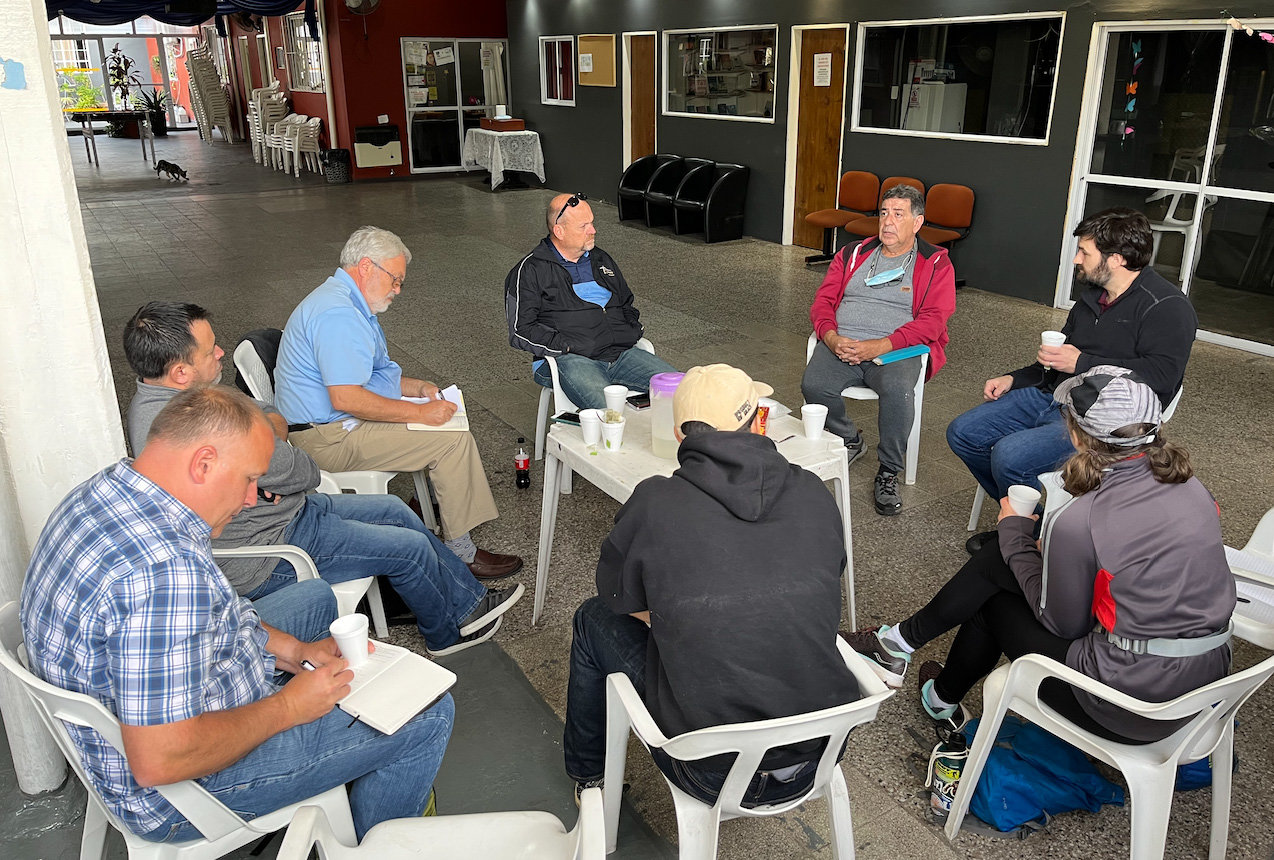 Our team meeting with Marco Polo, in red jacket, pastor of Pueblo Nuevo, in the neighborhood of Parque Indoamericano, to learn about the many community ministries and church plants his church sponsors. To his left is Derek Tucker, who serves as Team Leader for the IMB Gateway Cities Team in Buenos Aires
Previous Next
Posted Sunday, June 5, 2022 4:49 pm
By KEITH IVEY, Georgia Baptist Mission Board

Our group of seven arrived early on Tuesday morning ready to investigate the question, “What would it look like for a North Georgia church and a church in Buenos Aires, Argentina, to become co-laborers in the Gospel?”

The Buenos Aires Team of the IMB had spent months preparing to host us as their first post-COVID mission team. Each meeting we had with church leaders represented a segment of this massive world city that boasts over 15 million residents in the greater metro area. And as we met with each leader, we were introduced to new avenues for Gospel partnership.

The University of Buenos Aires has over 330,000 students enrolled and almost 30,000 on their academic staff. Being a Christian on these campuses is highly difficult as they have become centers of intense activism and are increasingly hostile to the teachings of Christianity. Church leaders are crying out for help to engage these campuses with a Gospel witness and to strengthen their young people before they go into this adversarial environment. Engagement in such a volatile setting might mean offering interested students a chance to participate in English conversations or to dialog with someone from the US in their field of study.

Closer into the city center, another unreached segment are professionals. There are two IMB units that are serving as church planting catalysts in districts of Buenos Aires that are home to a large population of professionals and have few or no evangelical churches. Could a Georgia church with professionals called to go on mission come alongside these missionaries and a local Argentine congregation to plant such a church?

Certainly, there are places with significant needs in Greater Buenos Aires. Some of these places are communities of immigrants from neighboring countries like Bolivia, Uruguay, and Paraguay. Others are Argentines who have migrated to Buenos Aires to find employment and opportunity. These groups are more open to the Gospel, and there is a great need for discipleship and church strengthening as their young people enter the university system and as they deal with lives impacted by drugs and crime. Churches are opening schools and daycares, providing educational opportunities, starting small groups in multi-housing units and developing communities, and planting churches.

Along with the IMB, we met leaders at Word of Life Argentina and learned about their vision to reach Argentina with the Gospel. WOL offers incredible camps and retreats for youth and young adults, a year-round Bible college and a bilingual Bible program for recent high school graduates and young adults. As directors Sergio Martinez and Gerardo Latini develop new strategies to further work with local churches, there will be increased opportunities for Georgia Baptist churches to work alongside this network of ministries.

The church in Buenos Aires is engaging a country that has been greatly impacted by the theological errors of the prosperity gospel. As a matter of fact, of the 15% of “evangelical Christians” in the region, 86% of those would be considered Pentecostal and a good portion of that group represent churches that many of us would not recognize as orthodox in their teachings. The Baptist churches have been impacted as well. Many would be considered stagnant with very few new churches starting in the last two decades. The IMB Team in Buenos Aires has as their stated goal that there would be Great Commission churches in each segment of Greater Buenos Aires who are impacting their Jerusalem, Judea, Samaria, and the ends of the earth with the Gospel. That sounds like a goal for Georgia Baptist churches to get behind!

What does a good church-to-church partnership look like in Buenos Aires?

Pastor Jose Luis said their relationship with a US congregation started as a partnership of equals and focused on a 2-year plan developed by his congregation. The US church brought a plan for evangelism and provided training. He believed that it increased the possibility for the Argentine church to enlarge their mission and vision. They sent smaller groups (4-6) which he said helped people get closer to one another. Their team comes to Argentina once or twice a year, but they keep in touch virtually between visits. What has encouraged him the most has been the continued relations between church members.

So how does a church get started in this partnership or the one for your region?

Keith Ivey is the Missions Consultant for the Northern Regions of Georgia. To learn more about opportunities for mission partnerships in Argentina, email Keith at kivey@gabaptist.org.