COMMENTARY: 'Our cause is finding people who believe they’re a lost cause'

EL CAJON, Calif. (BP) – Thad didn’t have a choice. He commuted on foot to work each night, and his route took him through a dangerous section of town and down a darkened block with a broken streetlight. His whole body tensed for about three minutes as he passed that way, nerves jumpy, ears alert. But they were as quiet as cats the night they attacked him, and he never heard them coming. In the darkest spot on the street, a hand grabbed his shoulders and pulled him into the alley. 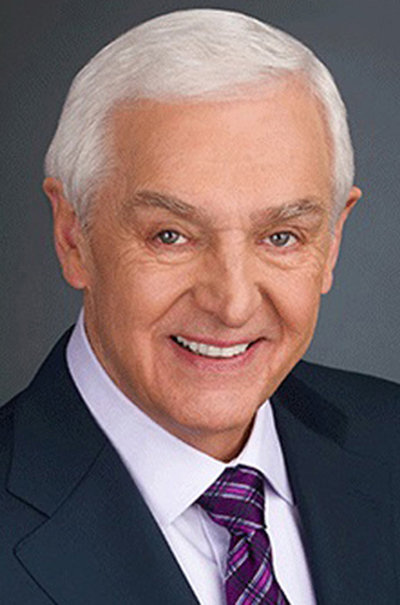 The blows came like hailstones. When Thad crumpled to the ground, his attackers started kicking. Thad curled into a fetal position, whimpering, bleeding, teeth and ribs broken, body throbbing, backpack gone, valuables stolen, coat and shirt ripped off. Through swollen eyes, he gazed up as a nearby church dismissed their services, but no one looked his way. He tried to wave his hand in the air as the pastor hurried past. The deacons and elders had other things on their mind as they scurried to safer areas. Some of them heard his sobs but none of them stopped.

But a certain Samaritan, as he journeyed, came where he was. And when he saw him, he had compassion. So he went to him and bandaged his wounds, pouring on oil and wine; and he set him on his own animal, brought him to an inn, and took care of him (Luke 10:33-34).

That’s the story as Jesus told it (well, I updated it a bit), and you’ll find it in Luke 10. It was occasioned by a question about loving our neighbors. Christ wanted His listeners to know that our closest neighbors are the ones with the greatest needs. He was incensed that the pious people of His day didn’t seem to notice the abused, the outcasts or the hurting. They saw these people as problems to be bypassed, not as neighbors to be loved. The Lord commended this Good Samaritan for his charity, and then told His listeners: “Go and do likewise”(Luke 10:37).

When young people become interested in Christianity today, it’s often because they’re drawn to tangible aspects of Christian ministry like loving the orphans, feeding the hungry, treating those in the grip of a pandemic and providing clean water to the thirsty. But remember that we’re all commissioned to love our neighbors. It’s the job of all of us all the time. We’re the hands, heart, eyes and feet of Jesus.

At the beginning of Acts, Jesus commissioned the disciples to go to everyone – to those in Jerusalem and Judea, in Samaria, and to the uttermost parts of the world (Acts 1:8). On the Day of Pentecost, the Gospel was broadcast in every language group represented by the crowds (Acts 2:8). In chapter 3, a disabled beggar was touched and healed by Peter, who told him, “Silver and gold I do not have, but what I do have I give you” (Acts 3:6). In chapter 4, the disciples were described as “ordinary men … had been with Jesus” (Acts 4:13, NIV), and from the beginning they cared for the poor (Acts 4:34), the sick (Acts 5:15), the tormented (Acts 5:16), and the widows (Acts 6:1). Everyone was included in the Gospel message. No one was treated like a lost cause.

The same is true today. Where is there a need you can fill? Where is there a hurt you can heal? Where is there a wall you can tear down – or build up, depending on the situation? Our standard for how to love each other is how Jesus loved, and our efforts aren’t wasted. According to Him, the world will know we are His disciples by our love (John 13:35). We’re to see the need, then answer the question: What are you going to do about it?

Our cause is finding people who believe they’re a lost cause, for Jesus came to seek and to save the lost. We’ll reach the world when it understands that Jesus hasn’t given up on them.

You and I are the Church, the Good Samaritan, the hands and feet of Jesus, and the body of Christ. The Lord wants to lovingly do His work of love through us, remembering there are no lost causes and no wasted efforts. He can use us for good in the lives of others through a thousand daily actions; all done in His name.