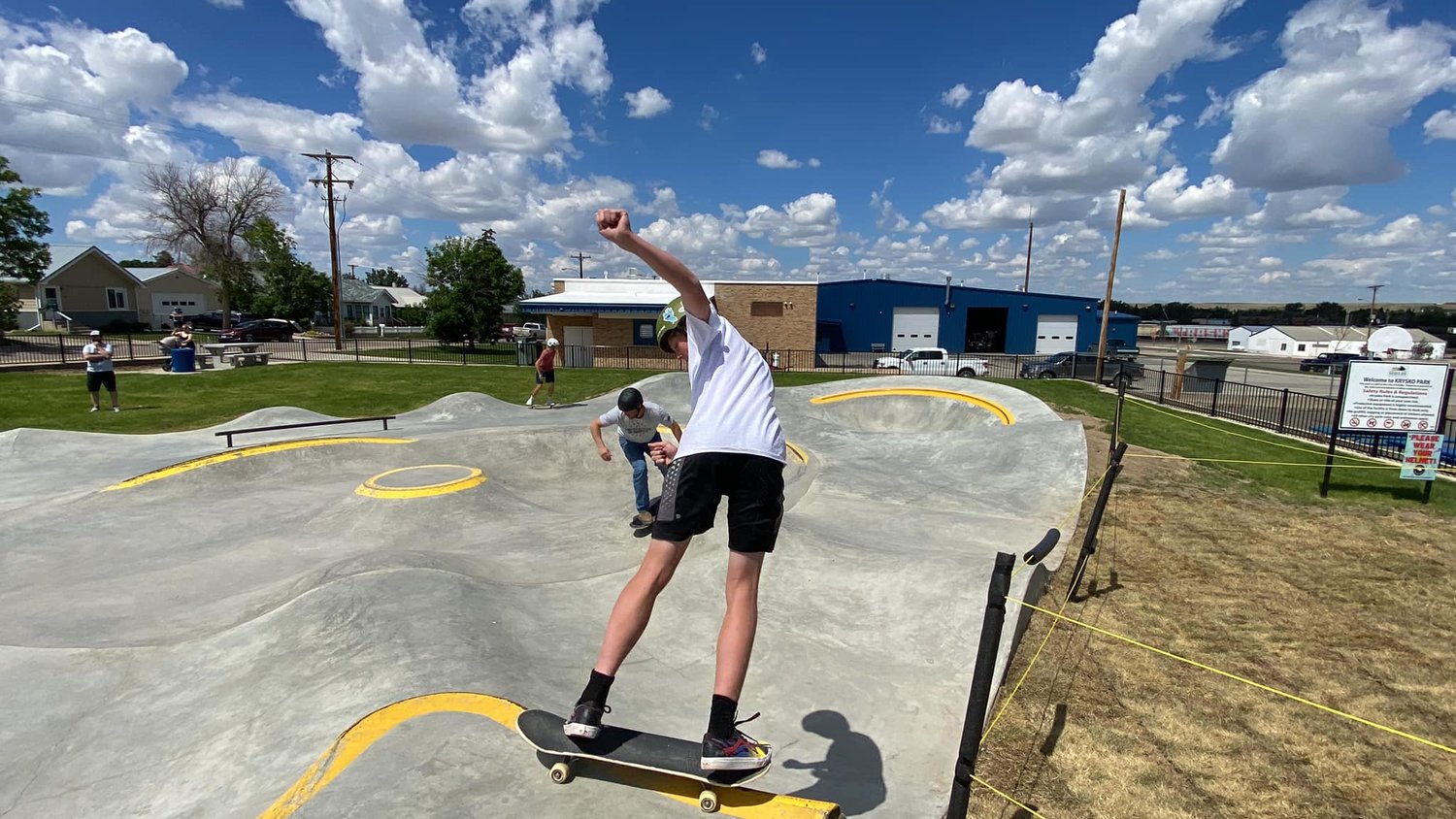 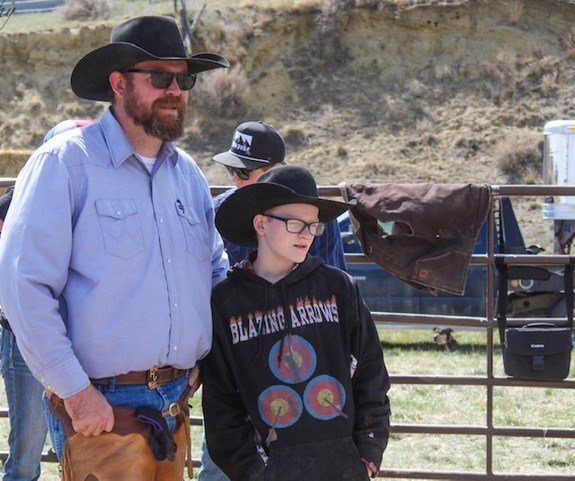 Chad Scarborough and his son Corin. 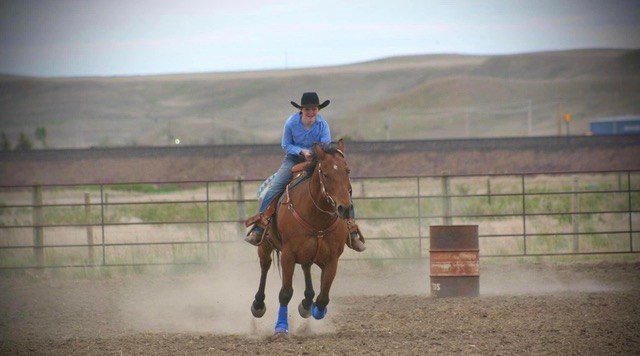 SHELBY, Mont. (BP) – You wouldn’t think a pastor would have much in common with the bassist for one of rock’s legendary bands, but there’s a connection to be made.

Chad Scarborough and First Baptist Church will mark nine years together in October. As a Texas native, Scarborough could identify with the Old West culture in Big Sky Country. As a pastor, he operates through a lens of “contextualized ministry,” as he calls it.

Beginning June 9, the church hosted cowboys and cowgirls from the Marianas Valley every other Thursday. As many as 30 showed up for instruction and competition in events such as barrel racing, goat tying and steer chasing as well as a Gospel message.

That’s a novel idea, yet a little more conducive to the surrounding culture than the second.

“My kids rodeo. I team rope. We kind of live in that whole world. But when I was in student ministry in Texas, we did something similar,” Scarborough said. “We made some connections through the Missouri Baptist Convention who travel around and do different skateboard exhibitions.

In recent years Pearl Jam bassist Jeff Ament has paid for or helped pay for at least 27 skate parks in his home state. Growing up in the town of Big Sandy, where his dad was the mayor as well as a barber and bus driver, Ament knew well the need for teens to have something to do.

“It’s a good place for us to make those connections and share the Gospel,” Scarborough said.

Two instructors – Jud Heald from Jefferson City, Mo. and Evan K from Denver – provided a two-day clinic that included a Gospel presentation and prizes. Around nine young people took part, with few of them connected to church in any way.

The Rodeo Bible Camp got its start in a 2018 church parking lot conversation. A member of First Baptist had the idea for a “tricycle rodeo” where preschoolers could dress like cowboys and ride around.

“I was talking to a friend of mine afterwards who is a horse trainer and our kids rodeo together,” Scarborough said. “We thought, ‘What if we did something like this for older kids?’”

The first attempt in 2019 brought some hiccups. And while 2020 disrupted much in church life, the Bible camp’s cancellation gave Scarborough and others the chance to evaluate and adjust areas in programming and budget.

For instance, several participants lived a considerable distance from Shelby and traveling back and forth throughout the week, as they did in 2019, was taxing. A clearer picture also emerged for what it would take to pay coaches in the events for their time and mileage as well as the stock contractor who provided the bulls, miniature bucking horses and roping steers.

“[2020] really was healthy for us … because we were able to step back and think it through and go, ‘OK, what can we do to make this look different but still share the Gospel,’” Scarborough said.

The age range of participants goes from 14 months to 17 years old. Toddlers take part in stick horse races and lead line events where parents help them lead a horse.

The most popular event may be goat un-tying, a tiny tykes version of calf roping where a child pulls a flag tied to a goat’s tail.

Rodeo Bible Camp did not replace Vacation Bible School, which took place earlier in the summer.

Shelby lies in the shadow of the Blackfeet Indian Reservation and Glacier National Park to the west and bills itself as the last place for gas before getting to Canada, 40 minutes away. Darren Hales, Strengthening Team leader for the Montana Southern Baptist Convention, pointed to pastors like Scarborough who buy in to their city and find ways to minister effectively in that setting.

“Pastor Chad has embedded his life in the Shelby community,” he said. “Those deep relationships offer insight into ways to have a Gospel impact in his culture. The ranching and rodeo community is a way of life, and he is living it with them.

“Those relational bonds offer avenues to share Jesus and extend love and care to the community in natural ways.”