BPC President Steve Echols opened his message about God’s purpose. In it, he shared the meaning of convocation – a time of dedication and recommitment to a purpose and mission. Echols then read Jeremiah 1:5. There, the Lord revealed to Jeremiah that He knew him and consecrated him before being formed in his mother’s womb. 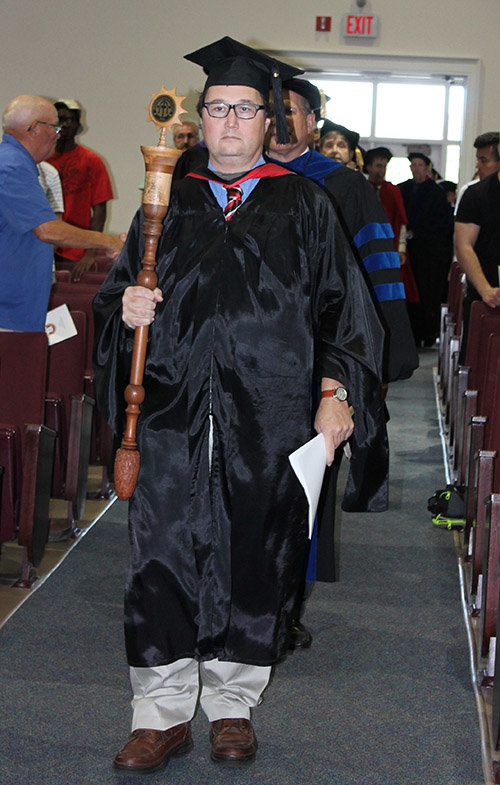 "Don’t sell yourself short,” Echols urged. “Before you were formed God knew you. He loves you and has a purpose for you. To this purpose we commit ourselves.”

The first signing of the Baptist Faith and Message 2000 took place during Convocation Aug. 25.

Vice President of Academics Robert Brian presided over the ceremony as Assistant Professor of Music David Wilson, along with Voices of Truth, led the audience in a hymn of dedication. Next, Campus Pastor Steve Edwards gave the invocation followed by Professor of Christian Studies Jerry Ray's prayer of commitment.

Wilson, along with Voices of Truth, led the audience in the choral benediction. Amanda Allen, assistant professor of history, then closed the ceremony through giving the benediction. The program ended with a processional by Parker on the organ. Alongside him, Assistant Professor of Music Matthew Haley accompanied on trumpet.

More photos can be found at www.facebook.com/brewtonparker.