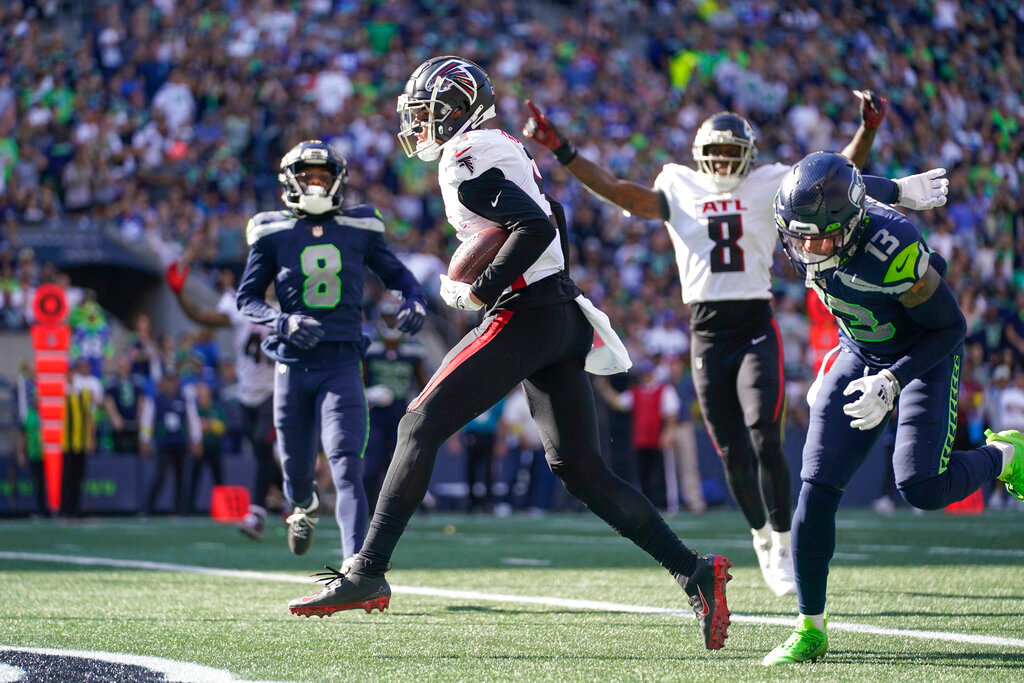 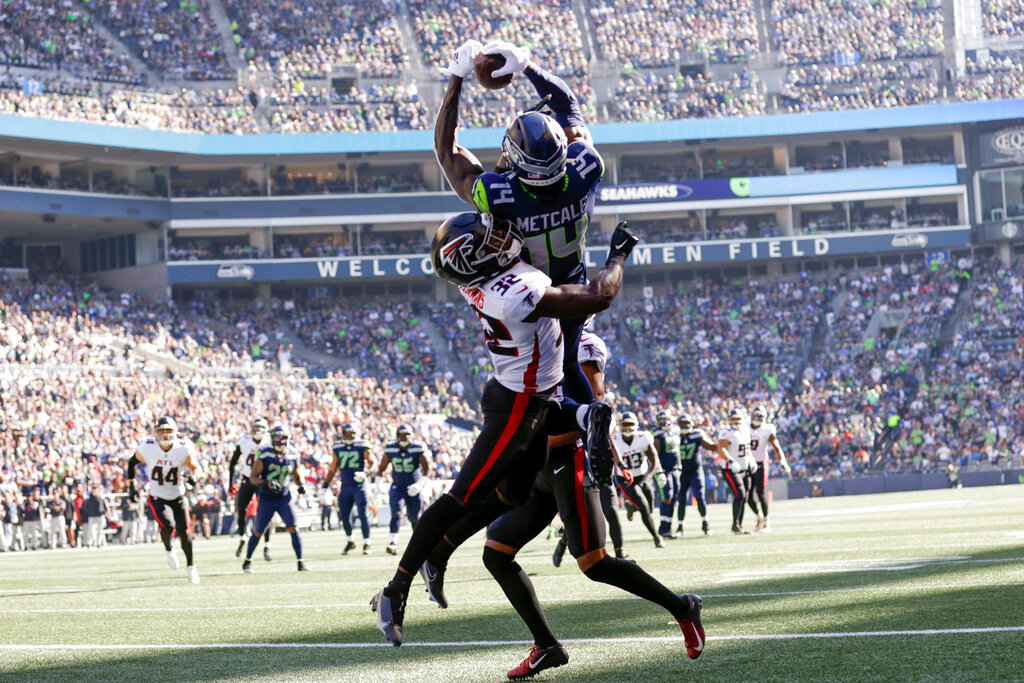 Seattle Seahawks wide receiver DK Metcalf, above, makes a catch in the end zone for a touchdown as Atlanta Falcons safety Jaylinn Hawkins defends during the first half Sunday, Sept. 25, 2022, in Seattle. (AP Photo/John Froschauer) 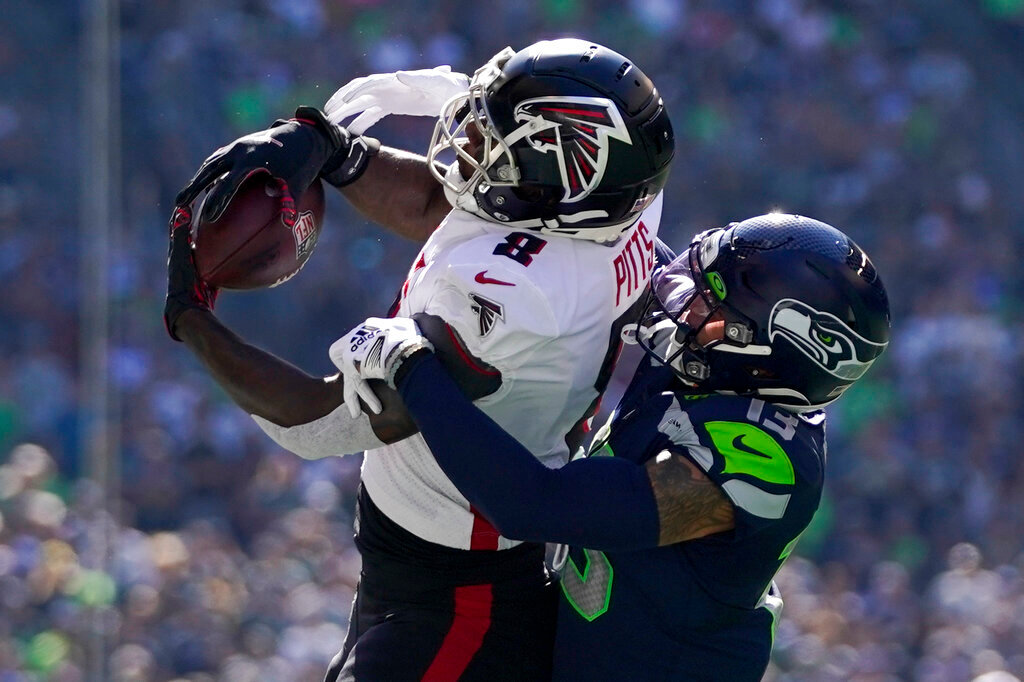 SEATTLE (AP) — Cordarrelle Patterson rushed for a career-high 141 yards and one touchdown, Marcus Mariota threw a 14-yard TD to rookie Drake London in the second half, and the Atlanta Falcons picked up their first win of the season by beating the Seattle Seahawks 27-23 on Sunday.

Patterson rumbled for 107 yards in the second half and the Falcons were able to avoid starting 0-3 for the second time in three seasons. Mariota used the passing game to pick up chunks of yards in the first half, then it was Patterson churning big plays in the run game.

Patterson had a career-best 120 yards in the season opener against New Orleans and topped it just two weeks later. His 17-yard touchdown run in the second quarter gave Atlanta a 17-10 lead.

Mariota was 13 of 20 passing for 223 yards and his touchdown throw to London in the closing seconds of the third quarter gave Atlanta the lead for good. London had just three catches for 54 yards, while Kyle Pits had five receptions for 87 yards.

Seattle quarterback Geno Smith threw for 325 yards and two touchdowns, but was intercepted by Richie Grant on a desperation fourth-and-18 from the Atlanta 38 with 1:30 remaining. It was the fourth time in Smith’s career topping 300 yards passing and the first since the 2014 season.

Smith threw touchdowns to DK Metcalf, his first of the season, and Will Dissly, both in the first half.

The Seahawks will also question the decision to kick a 25-yard field goal from Jason Myers late in the third quarter when Seattle faced fourth-and-2 at the Atlanta 7. Seattle called timeout before deciding to kick, rather than go for it.

Atlanta seemed poised for a clinching score midway through the fourth quarter when a mistake by Mariota gave Seattle a chance.

Mariota and Tyson Allegier mishandled an exchanged handoff and fumbled with 5:12 remaining. Seattle’s Uchenna Nwosu jumped on the loose ball and Seattle had a chance at driving for a winning touchdown.

Smith made a handful of key throws to get Seattle to the Atlanta 24. A key holding penalty on Damien Lewis erased a screen pass to Rashaad Penny that would have put the Seahawks at the Atlanta 10. Grady Jarrett then sacked Smith on third down, and his fourth-down pass for Tyler Lockett was overthrown and picked off by Grant.