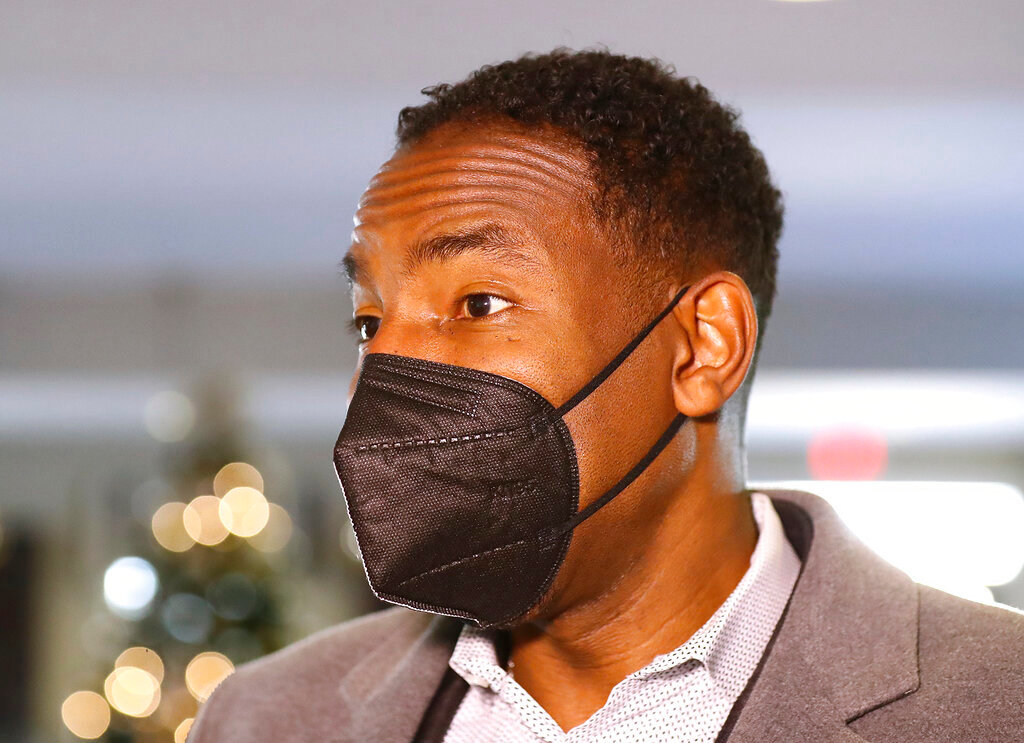 ATLANTA (AP) — City Council member Andre Dickens won a runoff election Tuesday to become Atlanta’s next mayor, riding a surge of support that powered him past the council’s current president, Felicia Moore, after finishing second to her in November.

Dickens won a campaign dominated by concern over rising violent crime in the city, arguing he would be more effective than Moore, who had often been a sometimes-lonely critic of previous mayors in her 20 years on the City Council. Moore had been the leading candidate by a wide margin in the first round of voting on Nov. 2 among 14 candidates in a nonpartisan race.

The 47-year-old Dickens, an Atlanta native and engineer by training, joined the council in 2013. He argued that his broad range of experience would allow him to address crime and other city issues including affordable housing and improving opportunity for poorer residents. Other issues in the race included bolstering struggling city services and keeping the wealthy Buckhead neighborhood from seceding.

Dickens went from trailing the pack to take second on Nov. 2 and make the runoff, ending the comeback attempt of two-term former Mayor Kasim Reed, who finished third. That snowballing support continued in the runoff, with endorsements by Bottoms, U.S. Rep. and Democratic Party of Georgia Chair Nikema Williams, Fulton County District Attorney Fani Willis and Sharon Gay, an attorney who finished fourth in Nov. 2 voting.

Like many cities across the country, Atlanta has been dealing with a spike in killings. As of Nov. 13, homicides rose 10% over the same period last year and 57% compared with 2019, Atlanta police data shows. Several of those killings captured widespread attention.

Dickens has pledged to increase the number of police officers, arrest gang leaders and implement community policing. He says he may keep current Police Chief Rodney Bryant, who came out of retirement in 2020 after a previous chief stepped down following a fatal police shooting of a Black man that led to unrest.

Alexander Dawes, a 25-year-old Black man, said he voted for Dickens on Tuesday at Second-Ponce de Leon Baptist Church. Dickens’ transparency — and his stance on public safety — were key factors in his decision, Dawes said.

Crime has been a hot topic, but getting more officers on the streets is only part of the solution, he said.

“I think there are multiple approaches to address crime,” Dawes said. “Of course, staffing is important but also having officers present in the community. That’s important to build back that trust between the police and the community.”

Jennifer and Joe Moyers, both 60, said they voted for Felicia Moore. She was the candidate who had the most focus on curbing crime, Jennifer Moyers said.

She has served on a community board in the Mt. Paran neighborhood and heard Moore speak there and was impressed by what she heard.

“She’s very vocal about crime being a focus for her,” Moyers said.

Some opponents of Moore attacked her as the favorite of white voters, a frequent tactic in a city where many white and Black voters are divided by income and geography. Both Moore and Dickens are Black, and Moore has dismissed that her support should be held against her.

Moore said her support in the wealthier, whiter section of Buckhead would be an asset in trying to squelch a secession movement in the area, an effort likely to preoccupy the first year of the next mayor’s term.

Moore touted her record to appeal to voters hungry for change and position herself as someone who would bring accountability and transparency to City Hall. But Dickens portrayed Moore as a naysayer and someone who has been unable to work with others.

Dickens currently works for TechBridge, a nonprofit that tries to use technology to aid other charitable groups. Dickens also founded a program to train people for technology work, trying to broaden access to high-paying jobs in Atlanta. He earlier ran a family-owned furniture store chain that collapsed in bankruptcy a decade ago, something that Dickens blamed on the effects of the Great Recession.